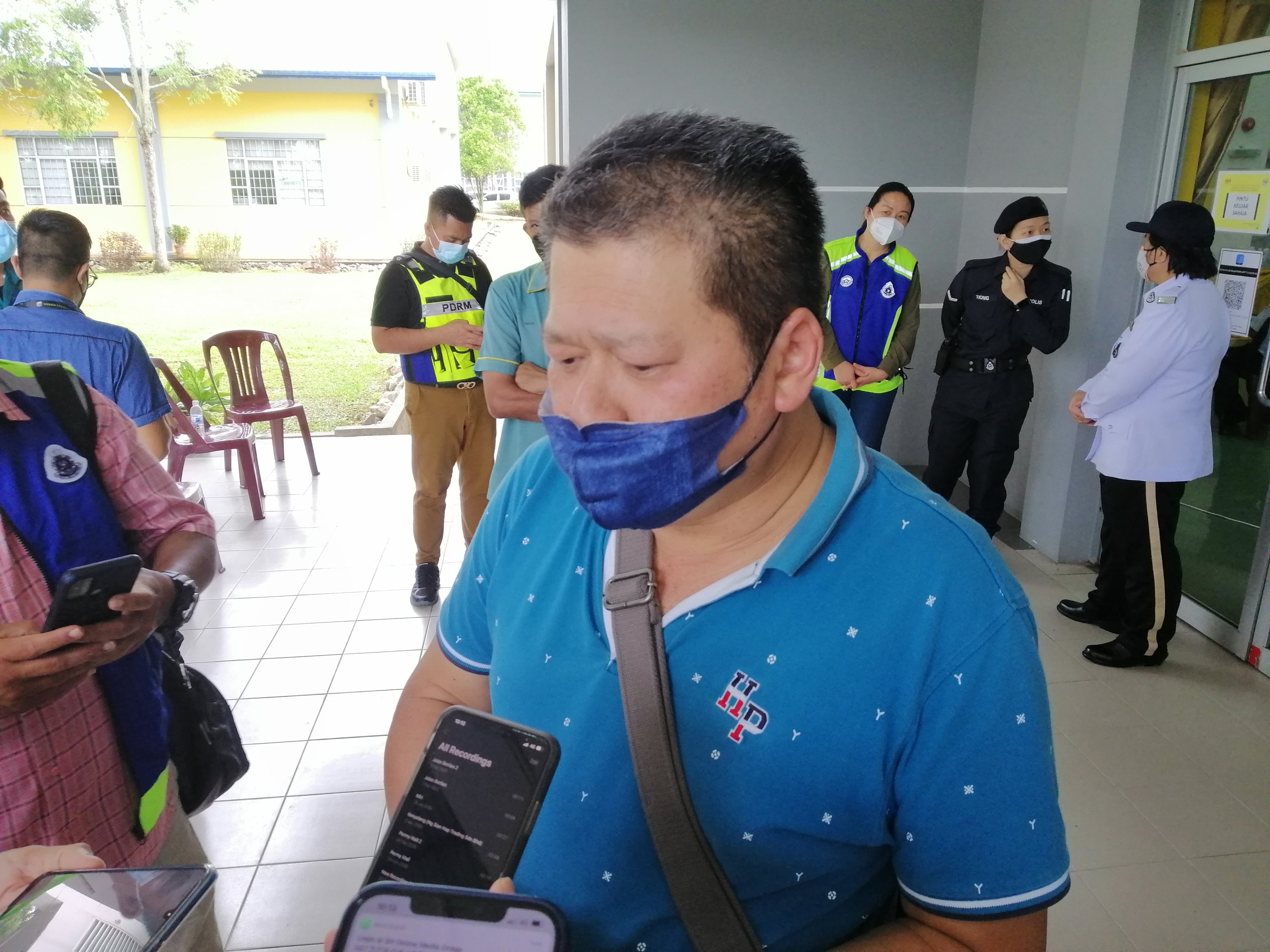 Chieng speaking to reporters before leaving the nomination centre.

MIRI (Dec 6): Despite an unsuccessful attempt to file his nomination papers to become an Independent candidate for Senadin, Chieng Leh Liew revealed that he would try his luck again in the 15th General Election expected in 2023.

Chieng arrived at the Senadin nomination centre at the Industrial Training Institute (ILP here about 10 minutes before closing time (10am) and due to incomplete documentation, he only managed to fill the papers at 9.52am.

However, upon checking the detail on Chieng, his proposer Chin Lee Ching and seconder Lim Kim Lip, his application was rejected due to both proposer and seconder not being Senadin voters.

Chieng expressed his disappointment, saying that he had only decided to contest as an Independent candidate about two or three weeks ago and he wasn’t aware of the candidacy requirement.

“I will focus instead on the general election that may happen in several months’ time. Before that, I will either form and register a new political party, which can possibly be named People’s Alliance, or utilise an inactive old political party — I did my research and found that there is an old political party called Parti Negara. We will be looking into all the options available.

“Certainly it will be a multi-racial political party. I know that there are many former Pakatan Harapan (PH) members who have left and I will invite them to join us,” said Chieng.

The 52-year-old previously worked in the construction sector before venturing into the food and beverage industry.

While he admitted that he wasn’t politically active, he said that he wants to make a change, especially after seeing how certain politicians are not performing up to expectations.