Thursday, July 7
You are at:Home»News»Sabah»Chong: Use MAS to fly in Chinese tourists 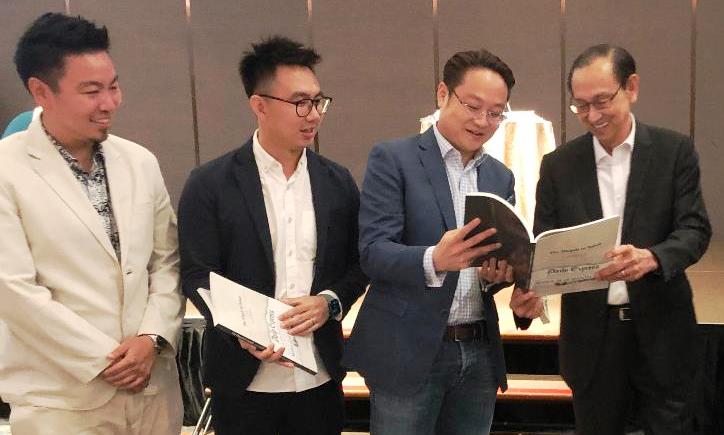 KOTA KINABALU (Dec 6): Special advisor on tourism to the Chief Minister of Sabah, Tan Sri Chong Kah Kiat, wants to make full use of the state’s strategic location in this region and turn it into a base for Malaysia Airlines (MAS) in East Malaysia.

Chong, who had served as Sabah Tourism, Culture and Environment Minister, said that he had spoken to Chief Minister Datuk Seri Panglima Hajiji Noor on the need to also support the national airline.

“In addition to supporting AirAsia, we also have to go all out to support our national airline and make sure that MAS make use of Sabah as their own base in East Malaysia.

“MAS can fly to other countries in the region from Sabah … We must love our national airline and we need MAS to take us to international destinations. We must remember that cities like Hong Kong, Singapore and Seoul are international hubs (and) we can bring people into Sabah from these destinations thus making Sabah the entry point for East Malaysia,” he said.

The former Sabah Chief Minister is confident that it can be done because the state has very good tourism leaders and players.

“Also logistically, Sabah’s location is very strategic … it’s only a three to five-hour flight to China from here (so) why do we only use airlines from China to bring passengers into Sabah? Why don’t we use our national airline to bring tourists from China?

“This is very important and we have to tell the whole world that Sabah is open for business very soon,” he stressed.

According to Chong, tourism is not just visitors coming to Sabah as it is to create an atmosphere for tourists as well as investors.

It is not just people but also the money that is coming in through tourism receipts, through investment, these are all important, he added.

“As I have always said, Sabah has everything, we have the best tourist guides and our inbound operators, with the spirit of entrepreneurship that they had before Covid-19, they can stand up anywhere in the world.
“We have the people and the natural products, the mountains, sea and forest and most importantly we have Sabahans who have always been known for their hospitality as well as friendliness,” he stressed.

Chong said that the appointment was one way for him to contribute back to the tourism industry and to the development of Sabah in general.

“I assured the Chief Minister that I will work for him and the state. I am doing this pro-bono as it is driven by my love for the state and the people,” he said.

Chong said this when met after the launching of his book ‘Moments in Time’ on Sunday at a leading hotel here.

The book is about his all-out ‘war’ against the illegal immigrants in the state during his two-year tenure as Chief Minister from 2001 to 2003.

When asked about pivotal moments etched in his memory during the two-year fight to weed out illegal immigrants from the state, Chong said that one was the fact that the fight was supported not only by Sabahans but all Malaysians.

“All those who were with me are Malaysians, not only Orang Sabah, they are Orang Malaysia, why I say that is because of the Royal Malaysian Police and the Armed Forces, most are non-Sabahans serving in Sabah. They are the ones working together with me and all local authorities.

“I mentioned a very important point in my book and that this was made possible because we are all Malaysians, the contribution by all Malaysians not only Sabah.

He also said that another point that he remembered well was that the Philippine government knew the Sabah State Government meant business and they had no choice but to send their Special Advisor to the President to see him.

The President later sent another leader, this time a Muslim leader, Nur Jaafar to see him, said Chong, adding that eventually both became his very good friends.

Sabah Chinese Chamber of Commerce (SCCC) president Datuk Frankie Liew said the appointment of Chong will help to bring in more Chinese tourists and investors to Sabah to drive the State’s economic growth.
Liew said Chong had amassed a wealth of experience when the latter served as a minister in the prime minister’s department, Sabah chief minister and the state tourism minister.

“During Chong’s tenure as the chief minister, who also oversaw the tourism ministry, he has successfully attracted large numbers of domestic and international tourists to Sabah and brought in huge tourism revenue to the State.

“Aside from his political achievements, Chong has contributed immensely to the tourism industry in Sabah.”

Hence, Liew said the Chief Minister’s move to appoint Chong as his Special Tourism Advisor was a wise move to drive the tourism growth in Sabah, particularly when the Covid-19 pandemic was over.

“Tan Sri Chong Kah Kiat has connections all over the world, including China, Europe, America, Japan, Korea, Australia and Southeast Asia, which are valuable resources to revive the tourism industry in Sabah.”

He said SCCC would be happy to work with Chong to woo more Chinese tourists and investors to Sabah in effort to contribute to the tourism and economic developments in Sabah and to realize the Sabah Maju Jaya (SMJ) development plan advocated by Hajiji.