Wednesday, August 10
You are at:Home»News»12th Sarawak Election»Youths square off against veterans in clash for Tellian seat 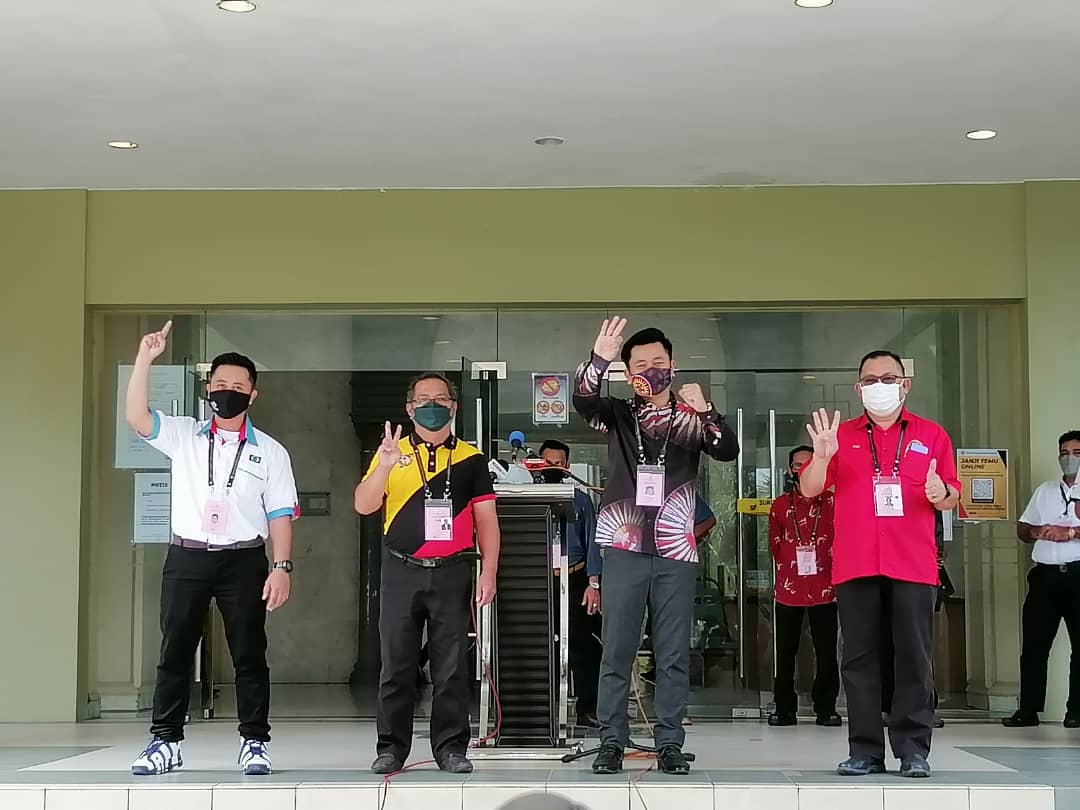 (from left) Arwin, Zainuddin, Royston and Sait after the announcement of the candidates.

MUKAH (Dec 6): The four-cornered fight in Tellian will be a clash between two generations, namely the youths and veterans, in the 12th Sarawak Election.

Returning officer Peleadzman Ahip announced the candidates at around 10.30am today.

“After reviewing the forms, I am satisfied with all the information provided and the forms are completed,” he said at the nomination centre at Menara Pehin Sri here.

Mohd Arwin was the first to arrive on nomination day at 7.44am, followed by Royston at 8.13am.

Sait arrived at 8.35am while Zainuddin arrived at around the same time.

Incumbent Yussibnosh Balo from GPS won the Tellian seat during the 11th Sarawak Election in 2016.

However, GPS did not field him to defend the seat and gave way to new face Royston.

According to the latest statistics, Tellian has 10,059 registered voters.