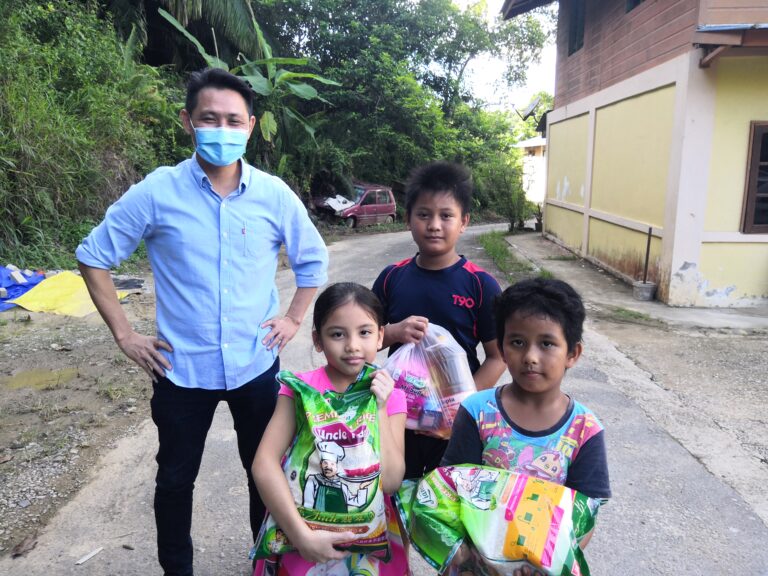 Ung is seen with children following a food distribution programme. – Photo from tonnyung.com

“Many longhouse residents in Samalaju have to buy drinking water from shops far from their homes,” said the Democratic Action Party (DAP) candidate for Samalaju.

According to him, Sarawakians, especially from the Bumiputera community, are still living in poverty although the state is rich in natural resources.

“The reason Sarawak is listed among the four states with the highest poverty rate in Malaysia is because of the inefficiency of the current leaders,” he claimed.

According to him, for the past five decades under the same ruling regime, there has been little development in rural areas as the focus has been on urban centres such as Kuching.

He also complained about the rising price of fertiliser and pesticides for agriculture.

“The price increase of up to 100 per cent for fertilisers and pesticides burdens the public, especially Bumiputeras who depend on crop yields,” he said.

Samalaju has a total of 17,981 registered voters.