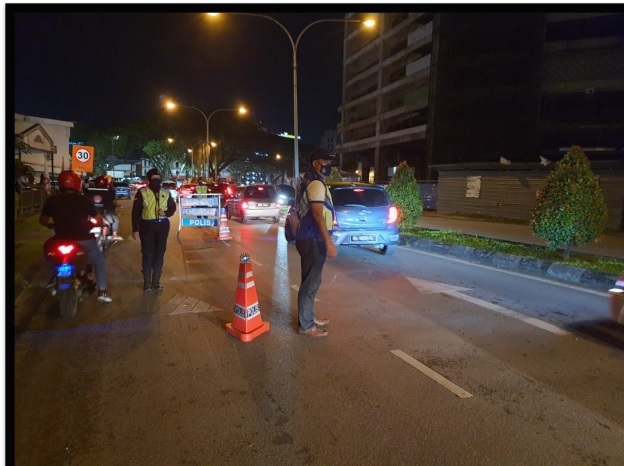 A police photo showing the scene at the roadblock at Jalan Haji Taha last night.

KUCHING (Dec 12): The district police here have arrested two male teenagers aged 16 and 17 after drugs believed to be ‘ganja’ were found in their possession at a roadblock at Jalan Haji Taha around 8.15pm last night.

“The drugs that were packed inside a plastic packet was found inside one of the suspect’s sling bag,” Ahsmon said.

At the police station, both suspects tested positive for amphetamine and a background check revealed that they did not have past criminal records.

The case is currently being investigated under Section 39A(1) and Section 12(2) of the Dangerous Drugs Act 1952.

The roadblock was conducted by one police officer and six personnel.