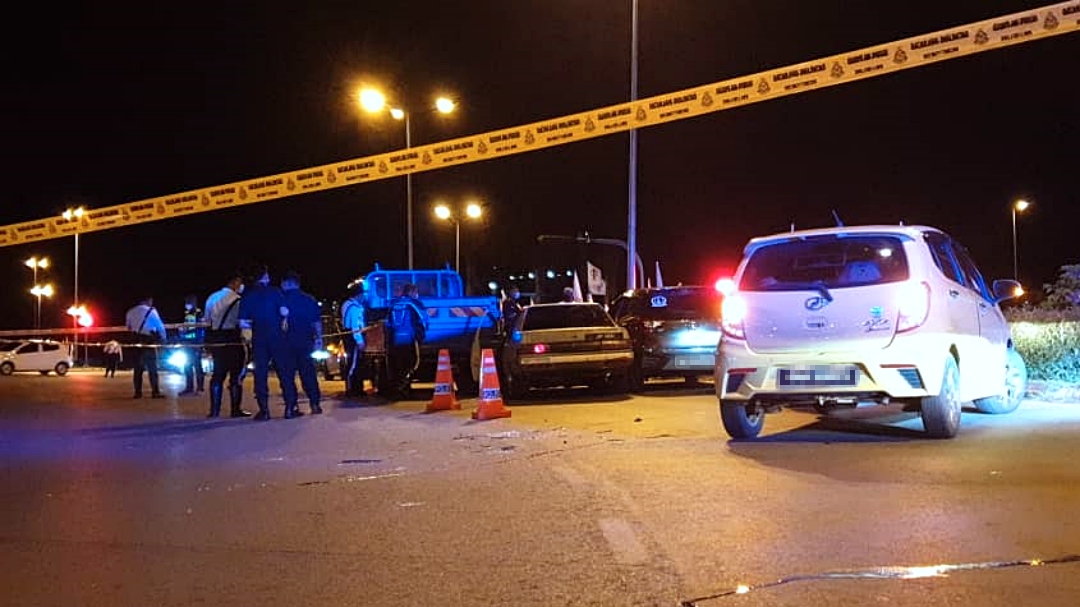 Police investigating the old Proton Saga driven by the suspect.

KUCHING (Dec 15): A man was believed to have been shot dead after he allegedly attempted to evade and ram police personnel around 7.20pm at Jalan Simpang Tiga traffic light intersection here tonight.

It was said that the suspect, driving an old Proton Saga, had been ordered by the police to stop for checks.

He however disregarded the order and sped off, hitting several vehicles at the traffic light intersection.

Several police personnel tried to approach the vehicle to apprehend the suspect but he was said to have attempted to ram them to try to escape, which prompted the police to fire several shots at him.

Paramedics at the scene confirmed that the suspect had died.

Sarawak Police Commissioner Datuk Aidi Ismail in a statement later said the police had fired shots on the Proton Saga which was driven suspiciously and dangerously, in an attempt to stop it.

“Upon checks, paramedics have confirmed that the suspect, a local man around 24 years old, has died on the spot,” he said.

He said the case is being investigated under Section 307 of the Penal Code for attempted murder and Section 8(a) of the Arms Act 1960 for possessing or carrying arms and ammunition without an arms licence or permit.