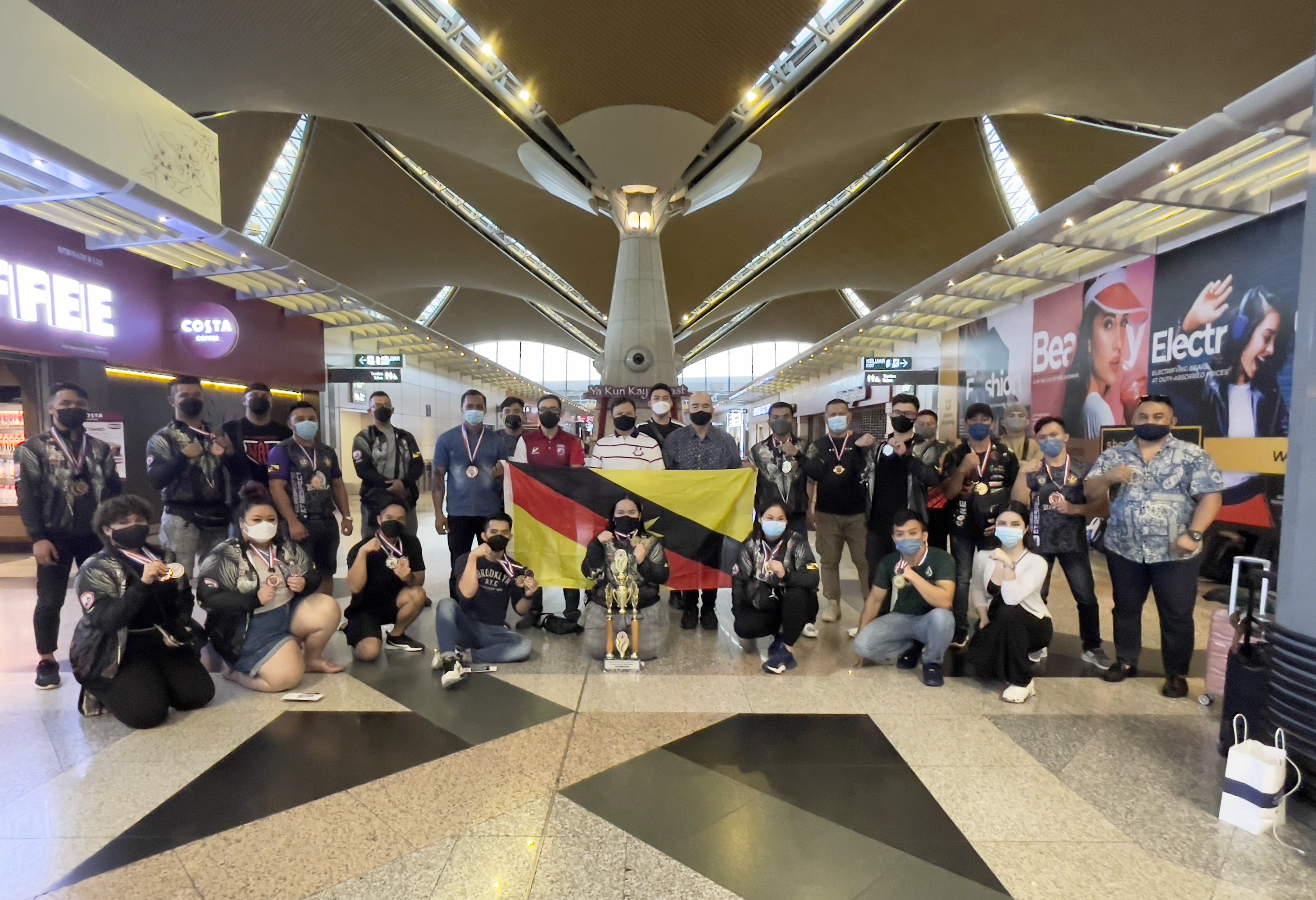 Armwrestling powerhouse Sabah made a successful defence of the overall championship crown when they hauled in 13 gold, 13 silver and seven bronze medals.

“It is an outstanding performance by our pullers and we made a big improvement by winning more medals when compared to the 5-5-6 medal haul in 2019.

“This shows that our pullers are more mature now and the improvement in the performance is due to the strong support from Sarawak Sports Corporation (SSC) in terms of providing a coach, supplements and funding.

“Special thanks goes to SSC, Roxy Hotel and MT Construction for the sponsorship in this national meet,” he said.

Dominic felt that the female pullers did an ‘awesome job’ by dominating the competition and making a clean sweep of the golds at stake in the women’s categories.

“Abigail was the star of the team as she not only won the gold medals in the but also lifted the “champion of the champions” trophy the second time after beating teammate Bernice Gan.

As for Kenny Choo and Cristal Adam, Dominic was happy that the duo were able to retain their titles.

“Jong Chi Joon managed to give a good challenge to International Federation of Armwrestling (IFA) champion Joffey Jolly of Sabah.

“Although he was unable to beat Joffey, Jong still managed to pin him one round in the final,” added Dominic.

“The pullers and I managed to be as ready as we could despite the limitations brought about by the Covid-19 pandemic and I am more than happy and satisfied with their performance in this national meet,” he concluded.

What made the event more special for Sarawak and Premier 101 Armwrestling Club deputy president Dr Stephen Kee Chu Kiong was the presentation of a special award by the Malaysia Armwrestling Federation (MyArm) to his wife the late Nommi Pengiran for her contribution to the promotion of the sport in Sarawak and Malaysia.