Friday, January 21
You are at:Home»Columns»After the dust settles: The aftermath of 12th Sarawak state election 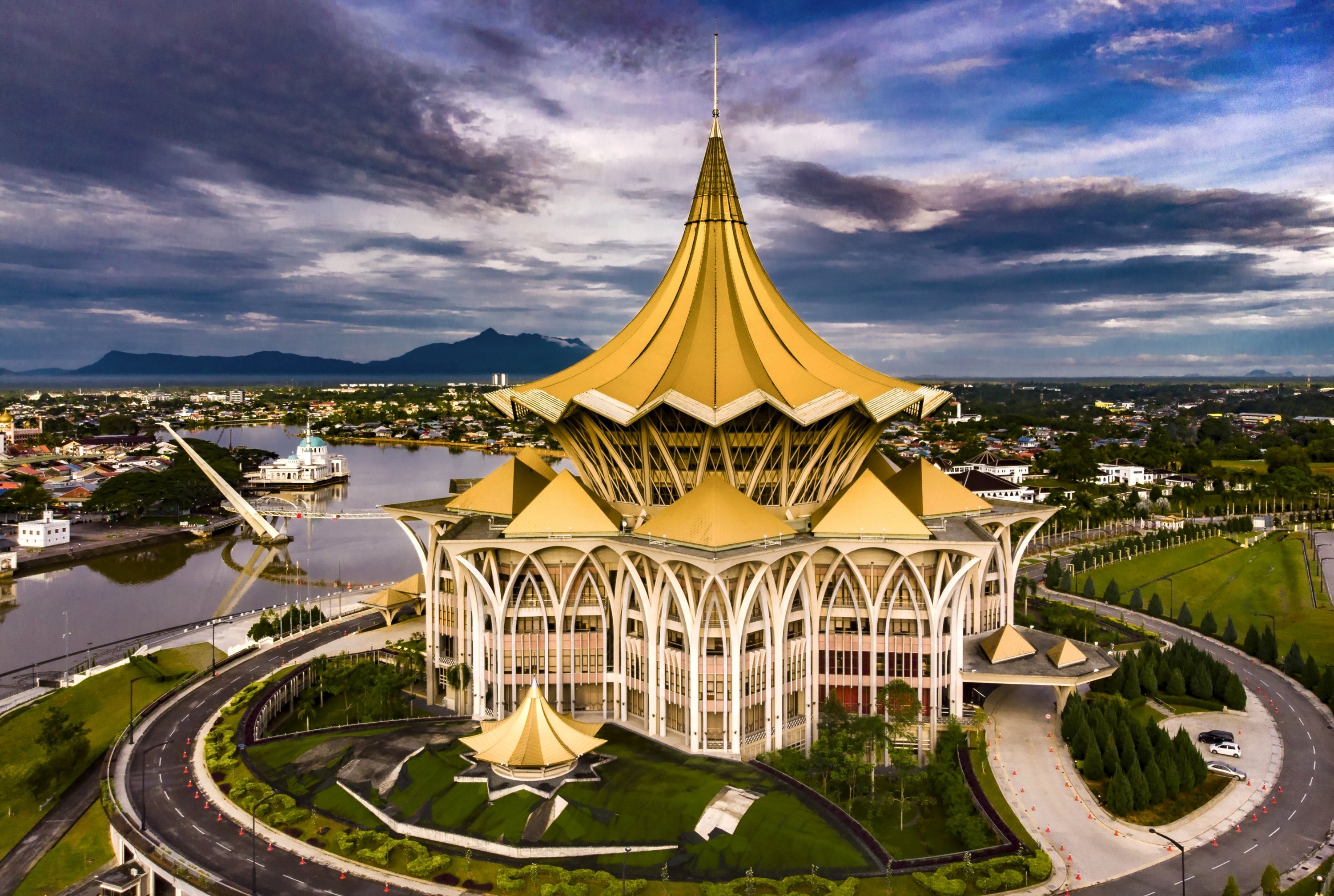 By this midnight, we should have a new government prepared to take over and be sworn in at the brilliant golden structure just across the Sarawak River, namely the DUN Sarawak Complex. — Bernama photo

BY the time you are reading my column this week, the campaigning for the 12th Sarawak state election would have stopped as required by law at midnight last night, and polling would be going on at full swing to select 82 assemblypersons for the newly-elected Sarawak State Legislative Assembly (DUN).

The 12 days of campaigning have not been without their twists and turns, a few mini-shocks and revelations here and there, although it must be said that both sides had their equal shares – how much they would eventually affect voters’ opinions would only be known by tonight, probably as early as 9pm local time.

In my personal and humble opinion, only three major events would affect the total outcome when we will indeed see the formation of our new state government, it’s either a very first time change since 1963, or we’d see the return of the same alliance of political grouping known as GPS, namely the PBB, the SUPP, the PRS and the PDP.

(They were previously known as the Sarawak Alliance, and the Barisan National.)

Firstly, due to current Covid-19 restrictions and the standard operating procedures (SOPs) in place, which has rendered many voters being ‘disabled’ or ‘unable’ to return from outside their home bases as well as likely difficulties in geographical movement and a lack of interest especially among the young and the elderly voters to come forward to vote – I would be very surprised if the turnout could be any higher than its lowest ever of 63.22 per cent in the 2006 elections. (The highest ever recorded turnout was 80 per cent in 1969.)

This low turnout would immediately spell disaster for all the opposition parties, especially for the three main ones – the DAP, the PSB and the PKR. It’d be the death knell for the newer local opposition parties, Parti Bumi Kenyalang (PBK) and Aspirasi, as well as a handful of others. Already they, and more especially the DAP, have been badly deprived of their usual rousing numerous ‘ceramahs’ (public talks), which during past campaigns had attracted massive crowds of up to 20,000 people each night – thus amassing, boosting and encouraging huge public support for them.

Moreover, the participation of both DAP and PKR in the 22-month debacle of the Pakatan Harapan (PH) government at federal level in 2018 had also tarnished their public standing and dented their popular support, as many electoral promises made were never fulfilled.

Secondly, local anti-federal sentiments that have built up and been fanned vigorously by all the opposition parties for the past few years, have made a huge impact and given support towards an independence movement on the ground. However, it is not clear if any single party in the opposition group would be the sole beneficiary; my personal belief is that all such opposition votes would be spread out and be diluted by the handful of locally-based parties like PBK and Aspirasi.

Third and finally, an opposition alliance among the three big groups should have been a done deal and if DAP, PSB and PKR had put their petty differences aside and grouped under one common banner, and had fought this election as one entity, their chances could have been better overall. In the marginal seats, which there will be quite a few, their chance of winning is that much better.

But let’s see how badly this disunity would cost them eventually when the results are in.

Be that as it may, by midnight tonight, we should have a new government prepared to take over and be sworn in at that brilliant golden structure just across the Sarawak River.

It will be just a matter of numbers – and I am predicting that the current GPS alliance would be returned to power, albeit with a reduced majority; with PBB virtually winning almost all its seats, SUPP gaining a few lost seats back, and with the fortunes of both PRS and PDP mostly intact.

PSB, in my opinion, would win more seats than DAP and would become an opposition to be reckoned with.

As for the other opposition parties, I’m afraid I can’t see any upset from within their ranks.

Life will go on and the reshuffling of new ministerial portfolios and positions will take up to a week to finalise; hopefully this time with the extra seats, SUPP would regain its previously ‘lost’ deputy chief minister’s portfolio.

I also would like to see a dramatic change in direction, policy and government mission towards uplifting the lives of its many citizens from the different races and in all fields of endeavours.

The reduced winning majorities should perhaps sound a timely warning to the powers that be that it’s time to really make a difference and not go back to the ‘same old same old, tired and tried ways’ of ‘we only give and deliver development to those who had voted for us’, or ‘if you’re a Bumiputera, we have a place or position for you in this office/department/scholarship’, or ‘I’ll give you this project if you support my wife’s businesses!’.

The entire system has been corrupted since day one, and I fear that we would continue along this path if nothing is done right now when we have the chance and the opportunity to make amends, change the way we carry on with the many opportunities to loot and plunder our precious resources, or simply to not deliver what’s due to the citizens of our Fairland Sarawak.

Sarawakians today have awoken from their many years of slumber and misinformation and government-generated propaganda, and have been used to and were easily manipulated and easily satisfied and satiated with temporary gifts of token water tanks, outboard engines, brand new roads and cash and other goodies at the appropriate time, come every state and federal election.

Today, they have instant access to information, news, video clips and even ‘fake news’ and rumours, fed to them on the Internet, by WhatsApp groups and by social media like Facebook. These tools are pervasive, permeating even to the most remote longhouse and to the furthest Foochow or Hakka country kitchen and vegetable garden – as long as there’s Internet service and reception.

The Government of Sarawak has promised them this – that our state’s Internet connectivity will be second to none within the next few years.

There is nothing that anyone can hide; no news can be swept under the carpet; no political upheaval anywhere in the world can be ignored.

In today’s world, we are all now living in a village – the global village.

If the politician who rules us now is not aware of this fact, he no longer deserves to be in power; he’s still back in the 1990s!

I congratulate the new Government of Sarawak – please make it work; please don’t let us down; we will unite behind a good government!