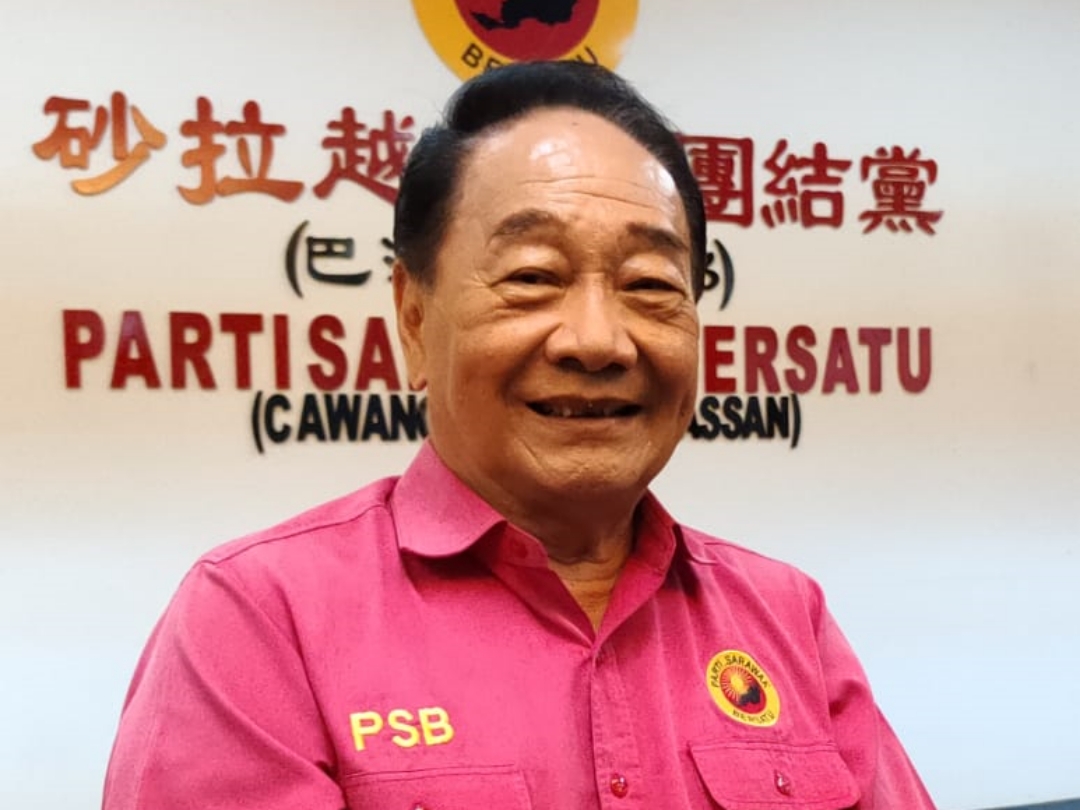 Unfortunately, he pointed out, this was evidently and glaringly lacking in the just-concluded 12th Sarawak Election, despite calls for a fair and clean election for ‘a government of the people, by the people and for the people’.

“Lest we Sarawakians forget, this state election was hardly an election from a democratic perspective when we take into consideration factors that included the 660,000 Sarawak Undi18 voters who were denied the right to decide the government of their choice; holding the elections a week before Christmas which has prevented those working or living outstations an opportunity to return and cast their votes, especially in the rural areas; and the expensive air tickets and costs incurred which were also decisive factors in deterring Sarawakians from returning to vote,” he said in a statement.

He pointed out that the inclement weather had also affected voter turnout and the ‘fear factor’ of Covid-19 infections during polling had also contributed to a lower turnout as the ‘trust issue’ on safety still lingered in voters’ minds.

“Without doubt, the low turnout of 60 per cent with a drop of 20 per cent and 5 per cent in the urban and rural constituencies respectively, had inevitably affected the overall results,” he said.

He also said that the monopoly over, misuse and abuse of government machinery and resources by Gabungan Parti Sarawak (GPS) candidates were also decisive factors in influencing voters, especially in the rural and suburban areas.

“Clear infringements of election practices included the ‘political involvement of apolitical entities’ like the blatant use of the Resident’s and District Offices, State Secretary’s office, government mouthpieces like the Sarawak Public Communications Unit (Ukas) under the Chief Minister’s Office and social media platforms as campaign machinery for GPS candidates and the caretaker CM, in addition to the government vehicles and all the state-owned helicopters being deployed for campaigning for the benefit of GPS candidates,” he said.

He claimed that community leaders and headmen were repeatedly put under pressure of being removed from their positions if they did not support GPS.

“Obviously, these had consequences especially in the rural areas and a spanner was thrown into the works for a ‘fair and clean election’.

“If these practices were not deemed as election offences, what were they?” he questioned, and called on the Election Commission (EC) to seriously look into this and investigate the malpractices as highlighted, for the benefit of all political parties and candidates towards a clean and healthy election in a true and democratic process.

Despite the outcome from the election, Wong, who was re-elected as Bawang Assan assemblyman for the seventh term, said PSB will not lose heart that change can still be effected.

“It is with this in mind that we call on all our PSB candidates, supporters, voters and members that with the will and increased support of fellow Sarawakians who subscribe to justice and fair play, we believe it can, and will be achieved in the foreseeable future,” he said.

He said PSB is also humbled that its second placing for a new party, garnered 18.69 per cent of the total votes cast which had made PSB a force to be reckoned with.

“Hence, there is an urgent need to correct this imbalance which would have brought PSB another 11 seats if effective representation were practised. The glaring inequitable allocation of seats vis-à-vis the demographics is very telling and this was one of the changes which PSB pledged to fulfil had it been chosen to be the state government.

“That said, despite the overwhelming odds, the trust has been placed on us to be the watchdog and alternative as the government-in-waiting,” he said.

Wong expressed his sincere thanks and appreciation to those who had voted for PSB in the hope of embracing change.

“We are deeply touched by their support and faith in us, despite knowing the great challenges which went with them.

“To those who didn’t, we accept your decisions in the spirit of the democratic process and to those denied the opportunity to vote, we empathise with you on being denied your right to do so,” he said.

He said PSB understands the decision of Sarawakians who still preferred continuity over change amid a challenging time of uncertainty during this Covid-19 pandemic.

“We extend our best wishes to GPS on its victory and look forward with hope that the promises made to Sarawakians will be fulfilled and swiftly acted on,” he added.

He noted that PSB set out on this mission to replace GPS after 58 years, not because it was easy but because the party knew it would be difficult and fraught with challenges.

“It was for change under the democratic process that we willingly offered ourselves as the alternative government to GPS to walk and work together with fellow Sarawakians towards that goal of achieving a better and brighter future for all.

“We are encouraged by the response of Sarawakians towards PSB and its cause because the challenge to achieve that goal has served to organise and measure our energies and skill and because that challenge is one that PSB is willing to accept, one which PSB is unwilling to postpone.

“We still believe in our aims and pledges as embedded in our manifesto, lauded by neutral academicians as far as Australia as being progressive and truthful,” he said.

He assured that the party will stay true to their principles, remain optimistic and move forward with hope that Sarawakians will embrace them with a oneness in purpose towards change for the common good of all.

“Last but not least, we wish to acknowledge the voters of Bawang Assan, Ba Kelalan, Batu Lintang and Engkilili for returning the incumbent PSB candidates for another term.

“Your unwavering support has shone like a beacon and has given us much hope of brighter days ahead. We take pride in this recognition and in the truth and facts which brought our four incumbents past the finishing line,” said Wong.

Previous ArticlePM admits shortcomings in flood response, says responsibility must be shared by all
Next Article Unemployed man jailed for threatening to kill father in Kuching