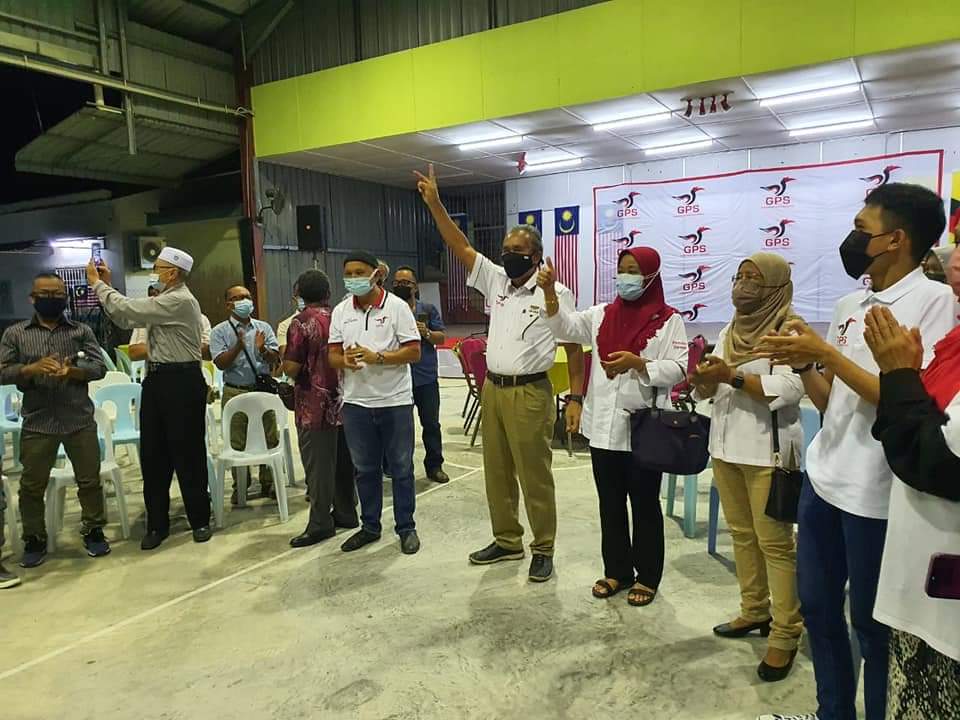 Len Talif (fourth right) acknowledges the cheers of his supporters during the thanksgiving dinner at Kampung Seberang Multi-Purpose Hall in Sarikei.

Speaking at a thanksgiving dinner at Kampung Seberang Multi-Purpose Hall here last night, the victory also showed that the people welcomed the way forward being planned for the state and its people as spelt out in GPS election manifesto, he added.

Meanwhile, Len Talif, who retained the Kuala Rajang seat for GPS in the 12th state election, took the opportunity to thank the voters in Kuala Rajang for their overwhelming support and the members of his election team for a job well done.

“My duty from now onwards is to continue improving the status of Kuala Rajang by delivering as many  development projects as possible in the next five years,” he said.

Len Talif was pleased to note that he had won in all 32 polling stations in the constituency which indicated that a majority of the people in Kuala Rajang was supportive of GPS.