Friday, August 12
You are at:Home»Columns»Just another point of view»What Christmas means to me — A celebration of Christ! 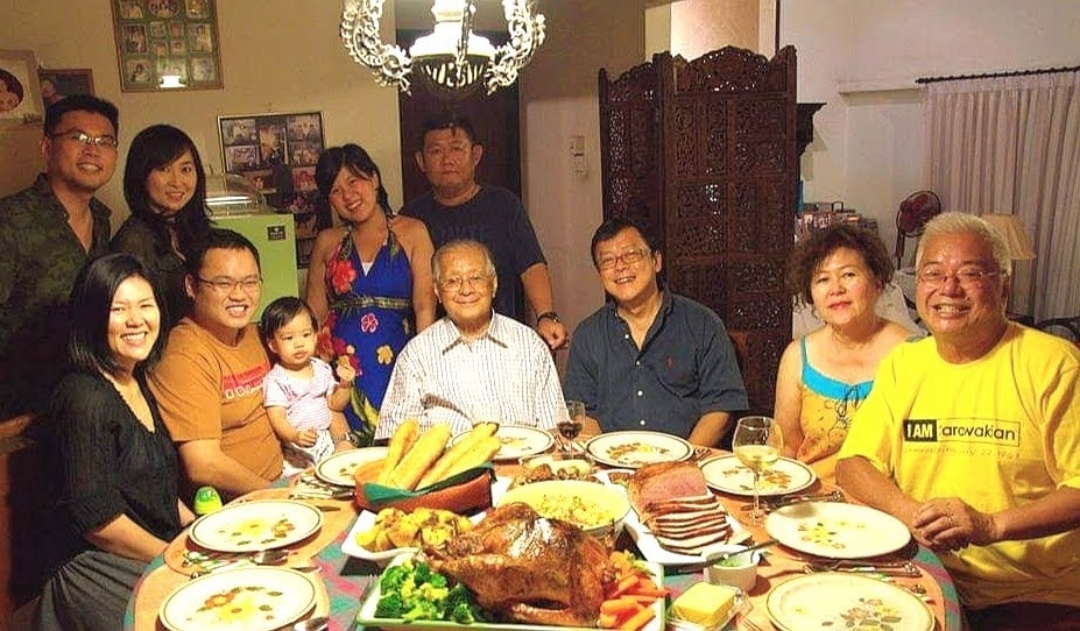 I REMEMBER very well the very first time that we had celebrated Christmas in our family — it was in 1957, I was seven years old and my third aunty Mary Ong had organised a Christmas tree and a family party at my grandfather’s residence at Ong Kwan Hin Road in Kuching, the road named after him.

Although our entire family members were all practising Buddhists at the time (Grandpa was officially the appointed ‘Guardian’ of the three largest Buddhist temples, as well as the chairman of the Sarawak Chinese Chamber of Commerce and the Kuching Hokkien Association), we had celebrated the cultural aspect of Christmas by joining in the festivities as a communal event – the overly-religious aspect of it was rather distant from our thoughts.

From Grandpa down to all his children, my uncles and aunties, they had all been educated in premier English Christian mission schools of St Thomas’s and St Mary’s, which had meant that since at a very young age, they had all recited prayers at school morning assemblies, and also attended church and sang hymns (and carols) at Easter, Christmas and year-end school cessations.

Five of my uncles and two of my aunts (including my Godma Rosalind) worked as civil servants and their colonial masters had instilled upon them the ‘idea and celebratory theme’ of Christmas: all of them too had attended either home parties or office-organised events in celebrating the season.

It was, therefore, nothing alien nor foreign to have both my spinster aunts and a couple of my uncles who were staying with us coming up with the bright idea of celebrating Christmas for us kids (there were at least a dozen of us cousins living in the family homestead and in the nearby neighbourhood!).

Grandpa had no objection at all!

My sister Edrea, who’s a year younger than me, and myself had saved up a nice tidy sum of about $10 with which we had joyfully gone to our favourite provision shop, Chop Tien Chan, at Carpenter Street to buy Christmas presents for everyone – siblings, aunts, uncles and cousins. In those days, we could with that princely sum buy some pretty inventive and useful knick-knacks to decorate our Christmas tree!

I can still remember that at seven years of age, I was really so naïve in buying my aunt a box of Kotex sanitary pads (I think it was 80 cents) as I had seen her buy it there before; I had totally no idea what its purpose was for, and she did break up in laughter upon opening it!

I wasn’t told its purpose till years later!

I can’t remember if we had turkey that year, but I think there was ham (a gammon from Tan Sum Guan that my aunt cooked) and some sausages, cheese and lots of egg and cucumber sandwiches!

The following year, we had moved to our own house further up the road, but the annual celebration of having a Christmas tree and playing Christmas carols, singing songs and hymns, and exchanging of presents had continued – to this day.

We also started out turkey tradition that year – I remember it was from Ting & Ting’s Supermarket, which had opened the year before.

My Aunt Mary Ong, who had started our Ong family Christmas celebration in 1957, passed away at a young age of 56 in 1977; she was still a Buddhist at her demise.

My other aunt, Godma Rosalind, who was a very staunch practising Buddhist then, had just come to the Lord this April and was baptised into the Anglican Church on Dec 3, 2021, at age 88. Praise be to the Lord for her joyous rebirth into the Kingdom of God.

I was 38, in 1988, when I too was born again! My parents, my sister Edrea, brothers Edric and Edmund had years before me became Christians, and I am happy to declare that today, I am fully aware of and totally believe in the true meaning of what Christmas means to us all Christians.

I know that many of us continue to celebrate Christmas as a cultural and communal event – a reason and a chance to have a party, take time off, to enjoy good food and drinks, to enjoy each other’s company and exchange gifts in the process.

It’s also a time for family to get together – for most of us too, it’s just another grand affair in the fashion of Chinese New Year or Thanksgiving.

Why was Dec 25 picked as Christmas Day – the day that Jesus Christ was supposedly born?

Dec 25 was the date of the winter solstice in the Roman calendar. According to Wikipedia, a late 4th century sermon by Saint Augustine explained why the date was picked as the birth of Christ: “He was born on the day which is the shortest in our earthly reckoning, and from which subsequent days begin to increase in length. He, therefore, who bent low and lifted us up chose the shortest day, yet the one whence light begins to increase.”

Today Christmas is universally celebrated – and the celebratory customs are a mix of pre-Christian, Christian and secular theme and origins. For most celebrants, their attendance at a midnight or morning Christmas mass in churches is a prerequisite and local churches in Sarawak would be overflowing with parishioners, many of them requiring additional seating arrangements outside the main church buildings.

(Alas since the Covid-19 pandemic, this has been disallowed last year and this year.)

Popular modern customs of Christmas include family dinners and gatherings, exchanging of presents, Christmas music and carolling, decorating of Christmas trees – real and artificial, decorations of the Nativity scene in front of churches, public displays of decorative scenes along streets and in shopping malls, and so on and so forth.

In recent years with the Christmas season becoming such an important shopping and commercial event, commercial complexes are trying their best to compete and vie with each other on coming up with the brightest and the best in their Christmas decorations! I fear we have now over-commercialised the holy season.

A gentle reminder is needed so that we won’t lose sight nor forget about the true meaning of Christmas.

For me, Christmas means a time for our own personal reflection.

Aptly placed at the end of the calendar year, it is an opportune occasion to have one’s own quiet time to reflect and pray and to think of the year gone by; of how blessed and humble we must feel to be able to have lived through yet another year that the good Lord has given us – and has shown us His grace, His mercy and His love; how we have persevered and endured and hopefully, been able to help and assist others, and at the same time, been continuously guided by His wisdom, His word and His authority in all that we have gone through.

We must ourselves continue to trust and to obey His every word.

It is a good time to pray and help those less fortunate than us.

I can think of those whose lives and homes are right now in peril or have been destroyed by the destructive forces of nature – by floods, landslides, fires and other catastrophes. I know that our churches, as well as other religious bodies, are doing their very best to help and to elevate their despair.

Regardless of all political affiliations too, it is an opportune time for the government of the day to assist our religious bodies. 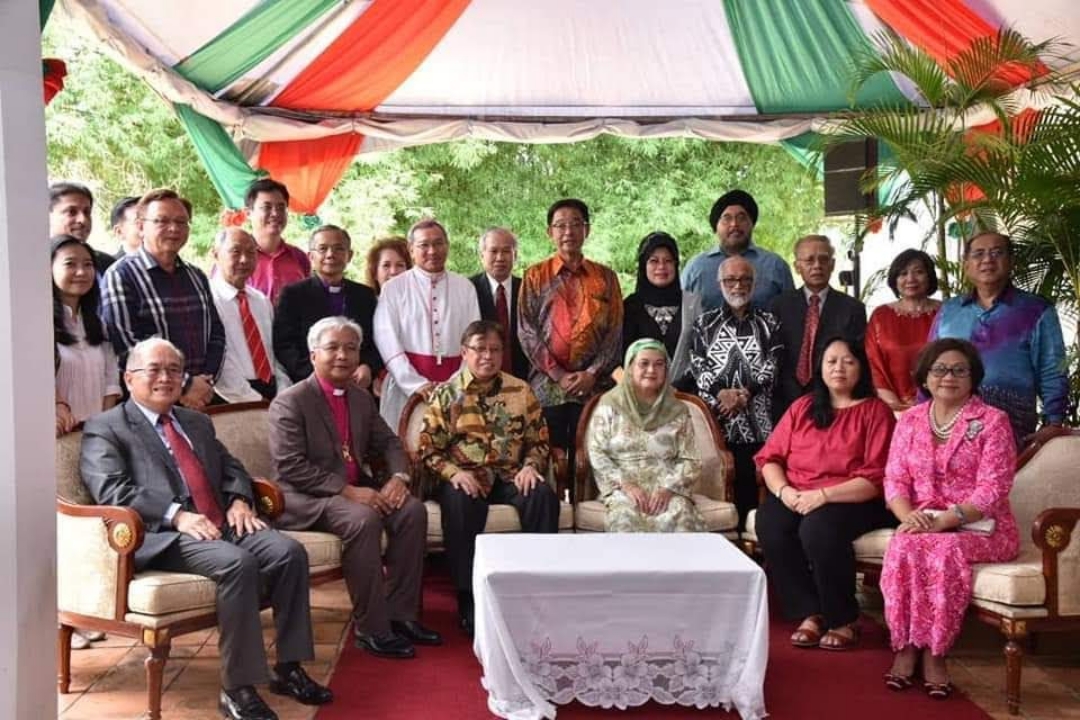 I know that our present Sarawak government has, in recent memory, very generously formed the Unit For Other Religions (Unifor) to assist.
Christmas, too, is a time for visiting each other (at the moment please obey all standard operating procedures, or the SOPs, as announced by State Disaster Management Committee) – and to renew friendships and to ‘stay in touch’ with one another, especially those from different religious backgrounds and traditions.

We also reflect on those loved ones whom we have lost the past year and the many friends and family whom we have missed by not having been in constant touch due to this dreadful pandemic; we can only hope and pray that the coming year would continue to keep us in good health, keep us safe and at peace and free of all tribulations, troubles, turmoil and temptations.

Most of all, we come together as Christians of all denominations to celebrate the birth of the boy child Jesus Christ more than 2,000 years ago, without whose Coming, we would never have been saved and there’d have been no hope for those of us believers who are joyfully looking forward to the day of His Second Coming, and to our eventual rise to glory!

Praise be to the Lord God Almighty.

May I take this opportunity to wish you all a very blessed and glorious Christmas.