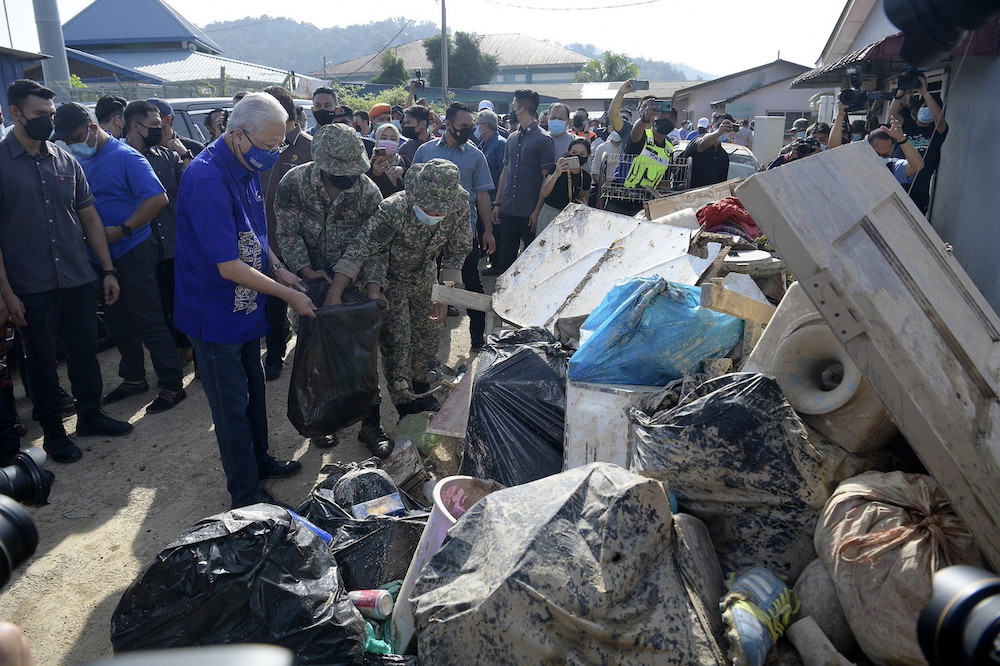 HULU LANGAT (Dec 26): The government has agreed to set up a special task force for post-flood activities and in preparation for the second wave of floods, said Prime Minister Datuk Seri Ismail Sabri Yaakob.

He said the task force would be chaired by Chief Secretary to the Government Tan Sri Mohd Zuki Ali.

“This post-flood work needs proper coordination as I do not want delay in the implementation process, including in providing assistance to flood victims.

“We also need to be prepared for the second wave of floods, if it happens,” he told a press conference  after visiting areas affected by the floods in Hulu Langat, including in Taman Sri Nanding and Kampung Dusun Tua, where cleaning work was in progress, here today.

Ismail Sabri said the task force, which would comprise the relevant agencies, including the Malaysian Armed Forces (ATM), would hold its first meeting as early as tomorrow.

Meanwhile, Ismail Sabri said among matters to be discussed and decided by the task force would be on coordination of the implementation of process involved in the cleaning of houses and buildings that were affected by the floods, and on the mechanism to be used to ensure the Bantuan Wang Ihsan (BWI) could be channeled to the victims fast.

“I also call on the relevant agencies and departments that manage cash assistance to simplify the process of providing assistance and eliminate bureaucratic red-tapes. They (flood victims)  are already in hardship,  do not inconvenience them,” he added.

He said the task force would also find solutions for solid waste management as a result of the destruction caused by the floods.

The government, through  Environment and Water Ministry (KASA), had provided a mobile incinerator which could dispose of solid waste in situ without smoke and without polluting the environment, he added.

Apart from that, he said, the government was also collecting data on the total losses incurred in the floods in Selangor.

“We are still in the process of cleaning up, still studying (losses). Data is being collected, there will be an economic impact, but we do not know to what extent and we will wait for a report from the relevant ministry,” he said.

Meanwhile, the prime minister expressed his gratitude to volunteers, non -governmental organisations (NGOs) and members of the security forces, as well as agencies, involved in the post-flood activities throughout the country.

Also to Malaysians who have not stopped providing various assistance to the flood victims , he added.

“Our priority is to speed up work of clean their houses so that they (victims) can return home. If we do it together, this process, will be faster,” he added. – Bernama