Thursday, February 2
You are at:Home»News»Nation»Istana Negara Disaster Relief Team helps flood victims in four districts in Selangor
For the freshest news, join The Borneo Post's Telegram Channel and The Borneo Post on Newswav. 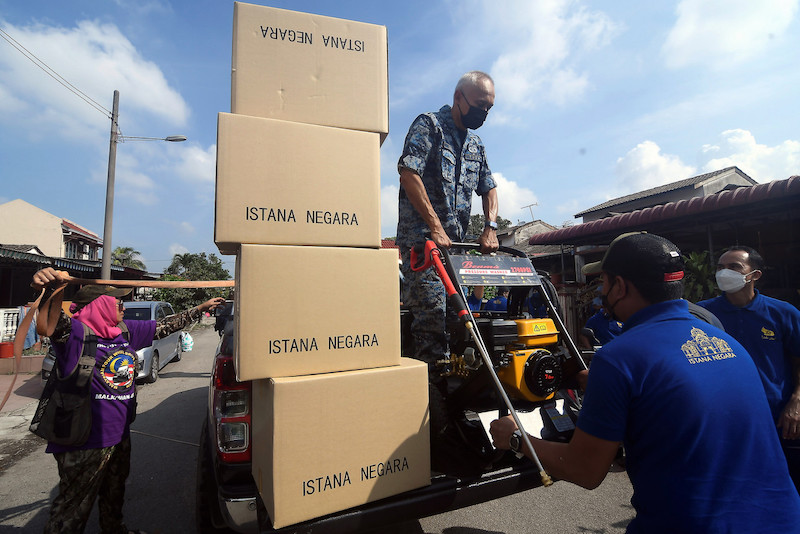 Istana Negara, in a posting on its official Facebook today, stated the four districts as Klang, Shah Alam, Hulu Langat and Kuala Langat.

“The Istana Negara Disaster Relief Team was established on the idea of ​​His Majesty with the aim of providing assistance and donations to victims who lost their homes and suffered huge losses due to damage to their property in the floods.

“His Majesty is very concerned about the plight of the flood victims and sympathised with them for the hardship they went through  and expressed the hope that the assistance and donations provided by the team can help to reduce their burden,” it said.

The Istana Negara Disaster Relief Team is led by Brig Gen Datuk Mohd Zahari Yahya, who is an aide-de-camp  to Al-Sultan Abdullah.

The team comprise 120 officers and staff of Istana Negara who were at the scene and handed out contributions, comprising daily necessities such as toiletries, clothing, towels, dry food and water, as well as  Covid-19 self-test kits to the flood victims.

They also helped to clean mosques and houses in that were affected by the floods. – Bernama