Thursday, July 7
You are at:Home»News»Sabah»Another call to lift ban on scrap iron exports 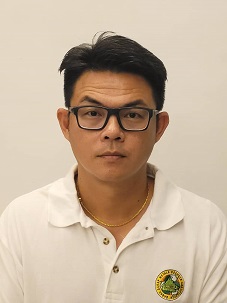 KOTA KINABALU (Dec 27): The Sabah Scrap Metals Recycle Association (SSMRA) has again called on the State Government to lift the ban on scrap iron exports it imposed in June.

Its president, Edwin Chen, said the ban had resulted in an accumulation of scrap iron by SSMRA members and also the reduction in the price of the raw material.

“We have informed Industrial Development Minister Datuk Dr Joachim Gunsalam that currently Unimekar is unable to consume the entire collection of scrap iron in the state, but the State Government blindly favored the steel mill and did not listen to us,” said Chen in a statement on Monday.

He pointed out that the government’s ban on the export of scrap iron was issued in June this year, mainly because Unimekar, the sole steel mill in Sabah, complained about insufficient raw materials (scrap iron).

“Now the scrap iron accumulated by our (SSMRA) members in various parts of Sabah has increased from 26,000 metric tons to more than 30,000 metric tons, and Unimekar’s agents have stopped quoting prices and purchasing the raw material from our members who are now facing difficulties with cash flow, in bank commitments and customers’ payments,” he lamented.

According to Chen, since the ban was implemented, the purchase price of scrap iron by Unimekar’s agent dropped from RM1,750 per metric ton to around RM1,500. He claimed that by purchasing at a price of between RM300 and RM400 per metric ton below the market price from local scrap iron dealers proves that some people are monopolizing the market to make huge profits.

“If Sabah can produce 15,000 metric tons of scrap iron every month, that would be a difference between RM4.5 million to RM6 million per month compared to the price in Peninsular Malaysia,” he claimed further.

Chen said that Dr Joachim personally stated in the State Assembly sitting early this month in December that he would guarantee that Unimekar would buy scrap iron from local scrap dealers at current market prices.

“We hope that the minister can take immediate action to ensure that the purchase price is based on the market price. It is understood that Malaysia’s Competition Act is to prevent all forms of commercial monopoly, promote healthy competition, protect all free commercial trade, and take care of the interests of the people,” he said.

It could not be determined by a single factory and the prohibition of exports of scrap iron could not depress the steel price, because iron steel is an international commodity, following the trend of the international market, he pointed out.

He also said that the allegation of scrap dealers usually holding 80,000 metric tons of scrap metal inventory with the purpose of buying at low prices and selling at high prices is inaccurate.

“According to our statistics, we have never held a one-time inventory of 80,000 tons of scrap iron. That is worth over RM100 million in today’s market price. We hope due diligence can be done before any false reports are made.
“We have previously mentioned in the media that before the local steel mill was in operation, our business method was to accumulate enough scrap iron and ship it to steel mills within Malaysia,” he said.

Chen added that merchants are stocking their own scrap iron according to their own financial and operational capabilities. They also need to evaluate the risks of price dropping as the international market is fluctuating.

On the other hand, it is wrong to use a monopolization of trade to make money and to oppress other competitors in order to obtain huge profits, he said.

“SSMRA members have repeatedly emphasized that we have been living and doing business in Sabah for 20-30 years, and we love Sabah and Malaysia. The scrap metal recycling industry is an important upstream industry in the iron and steel industry.

“Under the premise of fairness and reasonableness, we are willing to help any iron melting plant to support the development of the iron and steel industry in Sabah. However, we will never allow anyone to monopolize our recycling industry for any reason, oppress the free and fair business of Sabah people, and suppress prices to make huge profits,” he stressed.

Meanwhile, responding to the Federation of Malaysian Manufacturers (FMM) Sabah chairman James Ha Haw Yew’s statement, Chen said the former should not compare the failure of timber manufacturing to this case, as this is unfair to everyone.

“We welcome Ha to contact our association, to understand more about our difficult situation. Finally, we hope that the Sabah government can understand our difficulties and immediately lift the ban on scrap iron exports, let free trade be implemented, and bring success and prosperity to all Sabah people in a fair and just manner,” he said.