Monday, August 15
You are at:Home»News»Sarawak»Bonnie and Pandelela reach new milestones in 2021 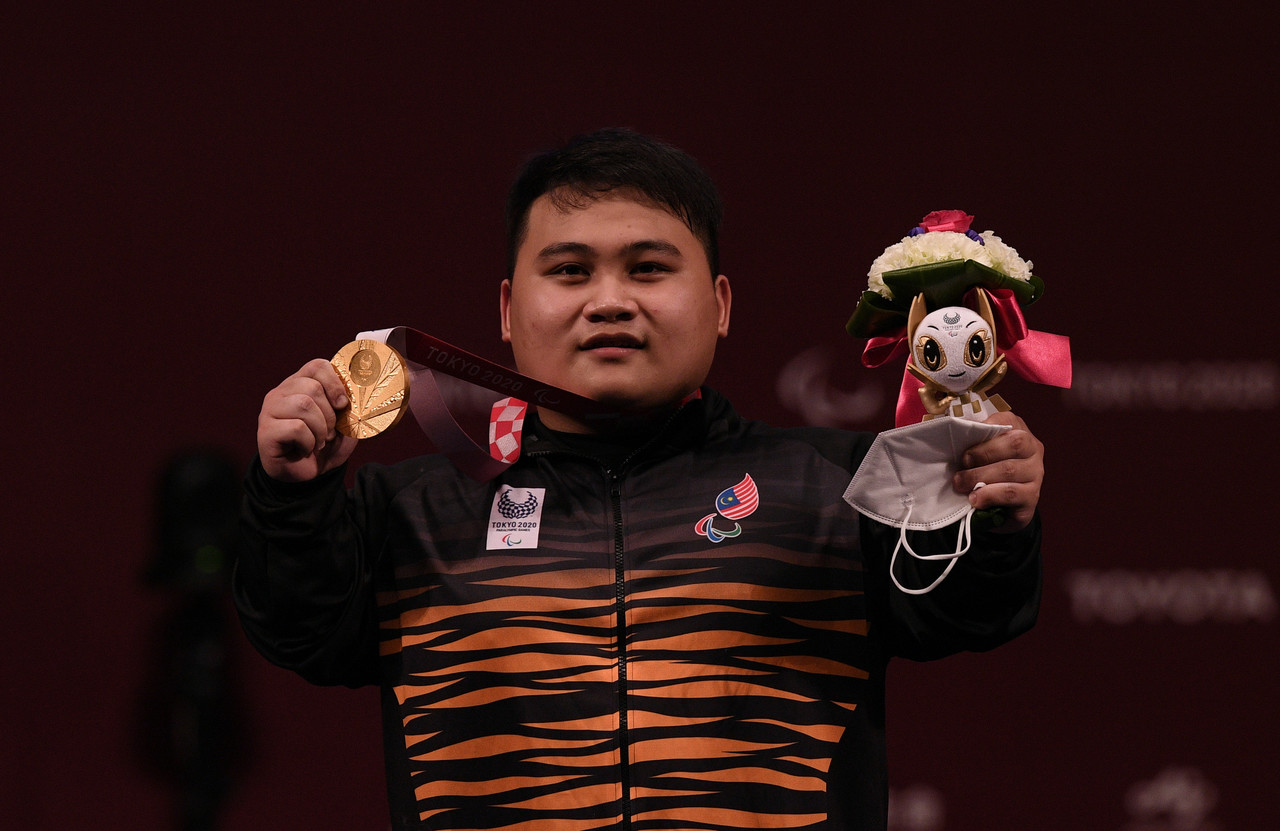 Bonnie is the first Sarawakian and Malaysian para powerlifter to bag a paralympic gold at the Tokyo Paralympics. – Bernama photo

KUCHING (Dec 31): The year 2021 could have been a lacklustre year for Malaysian sports if not for the sensational performance of the country’s para athletes at the Tokyo Paralympics who brought home three gold and two silver medals.

Despite the Covid-19 pandemic, Sarawak athletes made some major strides this year and among them are national para powerlifters Bonnie Bunyau Gustin and Jong Yee Khie, and national diving queen Dato Pandelela Rinong Pamg.

Bonnie, 22, not only made a major breakthrough in his sporting career but also created history to became the first Sarawakian and Malaysian to bag a paralympic gold at the Tokyo Paralympics in August when he lifted 228kg in the men’s 72kg.

He beat Egyptian Mahmoud Attia (191kg) and Great Britain’s Micky Yule (182kg) into second and third place and rewrote the old record of 227kg set by Rasool Mohsin of Iraq at Rio Paralympics in 2016.

Bonnie capped a sterling 2021 in early December when he won his third gold of the year in Tibilisi, Georgia after beating China’s Peng Hu (196kg) and Egypt’s Ibrahim Shabban (195kg).

He had won the gold at the 11th Fazza Dubai Powerlifting World Cup in the United Arab Emirates in June, breaking the world record of 231kg.

For his stellar performance, Bonnie is rated as one of the favourite nominees to win the National Paralympic Sportsman award 2019-2020. 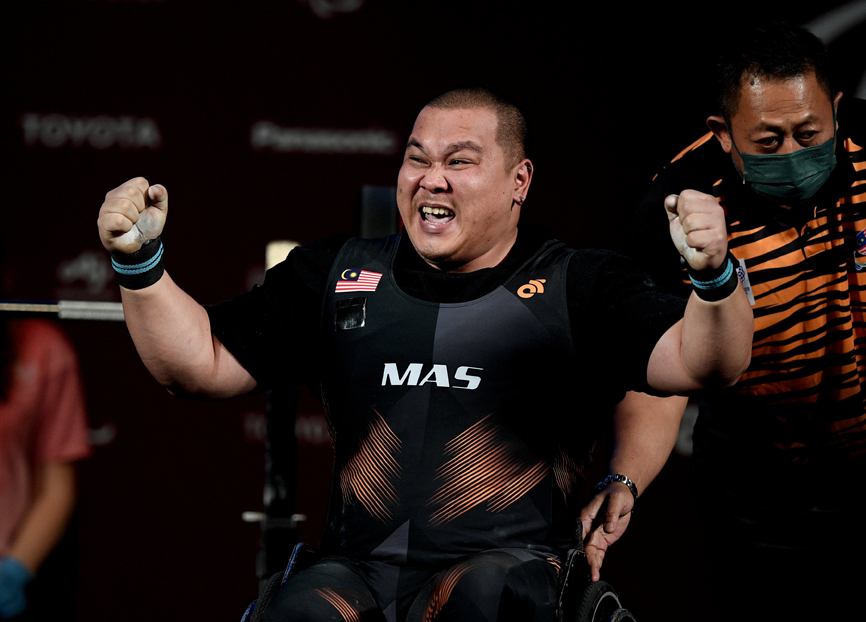 Jong made a name for himself when he won the silver in the men’s 107kg in his debut paralympics appearance in Tokyo Paralympics.

He also bagged the silver in the men’s 107kg at the 11th Fazza Dubai Powerlifting World Cup.

While Bonnie and Jong shone at the World Championships and Tokyo Paralympics, two other para athletes from Sarawak also put up encouraging performances at the Asian Youth Para Games in Menama, Bahrain early this month.

Gloria Gracia Wong Sze bagged the gold in the women’s table tennis singles in the TT10 while Nur Rohadatul Syuhada Yunus collected a silver in the women’s shotput for the T41 category to contribute to the national team’s total medal haul of three golds, five silvers and five bronzes.

Meanwhile, 28-year-old Dato Pandelela Rinong Pamg was in a class of her own when she clinched Malaysia’s first ever gold at the FINA World Diving World Cup 2021 in the women’s individual 10m platform in Japan on May 5 after collecting 355.70 points.

She was also the only diver from the Malaysian contingent to win a medal in the five-day meet. 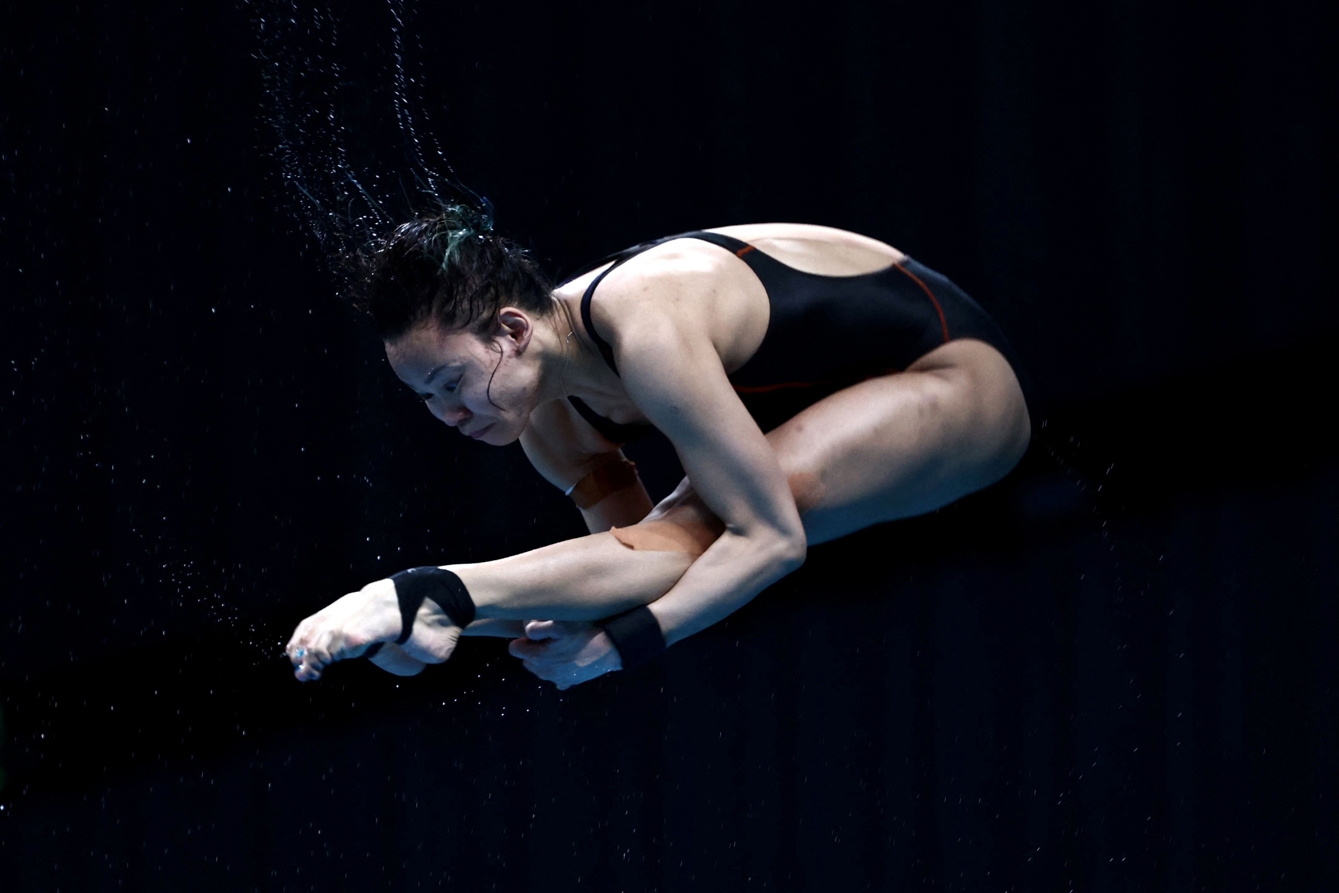 However, Pandelela and partner Leong Mun Yee failed to win Malaysia’s first gold at the Tokyo Olympics after they finished last in the eight-pair finals in the women’s synchronised 10m platform, garnering only 277.98 points

Chen Yuxi-Zhang Jiaqi led from start to finish to claim the gold with 363.78 points, followed by Jessica Parrato-Delaney Schnell of the US (310.80 points) and Gabriela Garcia-Alejandra Orozco Loza of Mexico (299.70 points).

Pandelela, who won the National Sportswoman of the Year award three times, has again been nominated for the 2019-2020 award.

Meanwhile, rowing himself into history is Joshua Flood when he became the first Malaysian to win a gold medal at the Mizuno British Rowing Virtual Indoor Championships on Dec 4, 2021. 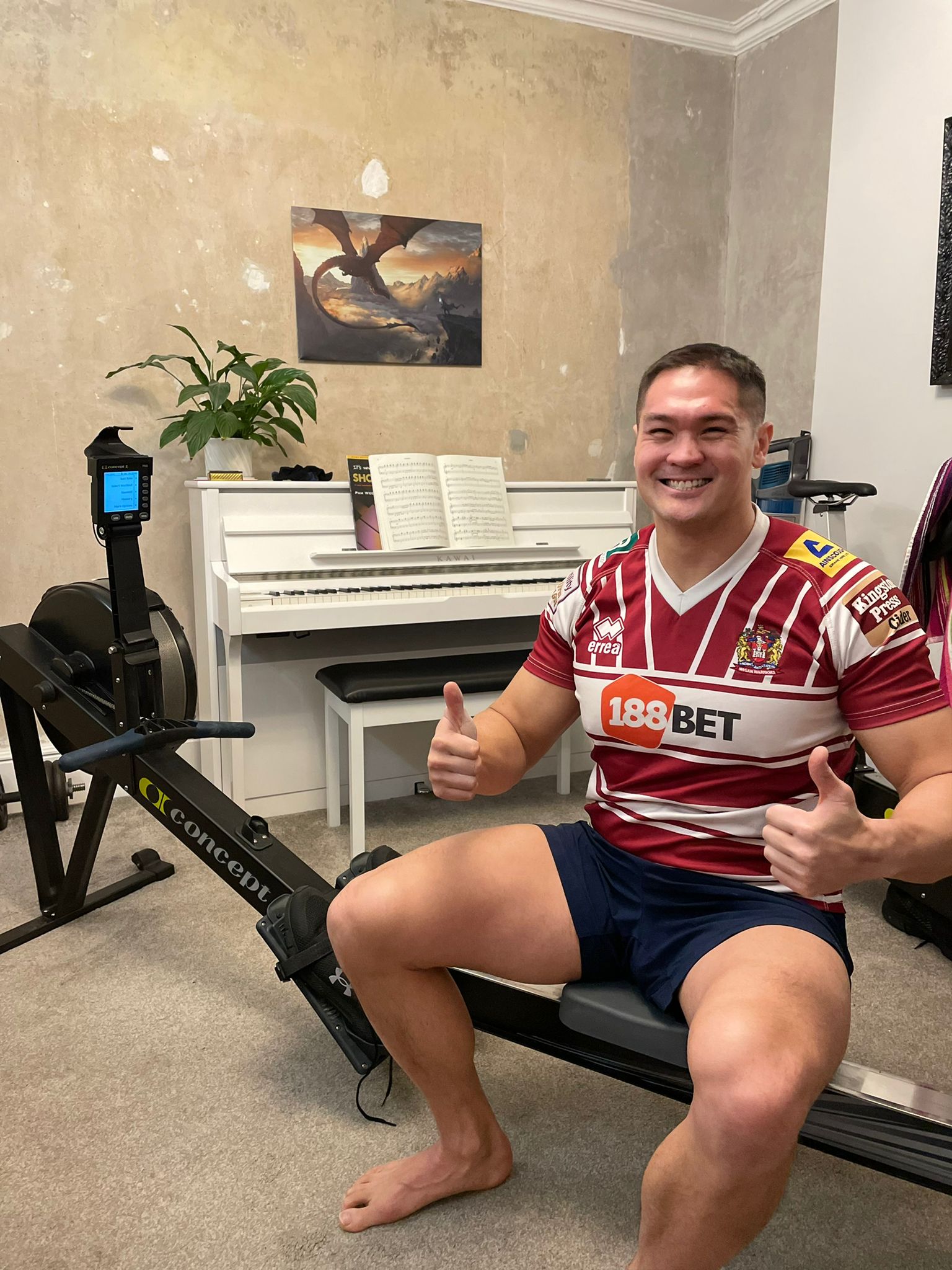 Joshua is the first Sarawakian to win a race in the Mizuno British Rowing Virtual Indoor Championships.

In second place was Stuart Elvin of Great Britain with the time of 01:18.9s while France’s Julien Barbeau was third on 01:19.1s.

This was a major breakthrough for the Sarawak rower after he ended up 10th in the men’s Open 500m in the virtual World Rowing Indoor Championship in March this year.

Previous ArticleKhairy: Assess me in my work as Minister of Health from Umno
Next Article CM: Funds approved for construction of Bau Gold Mining Museum and Park