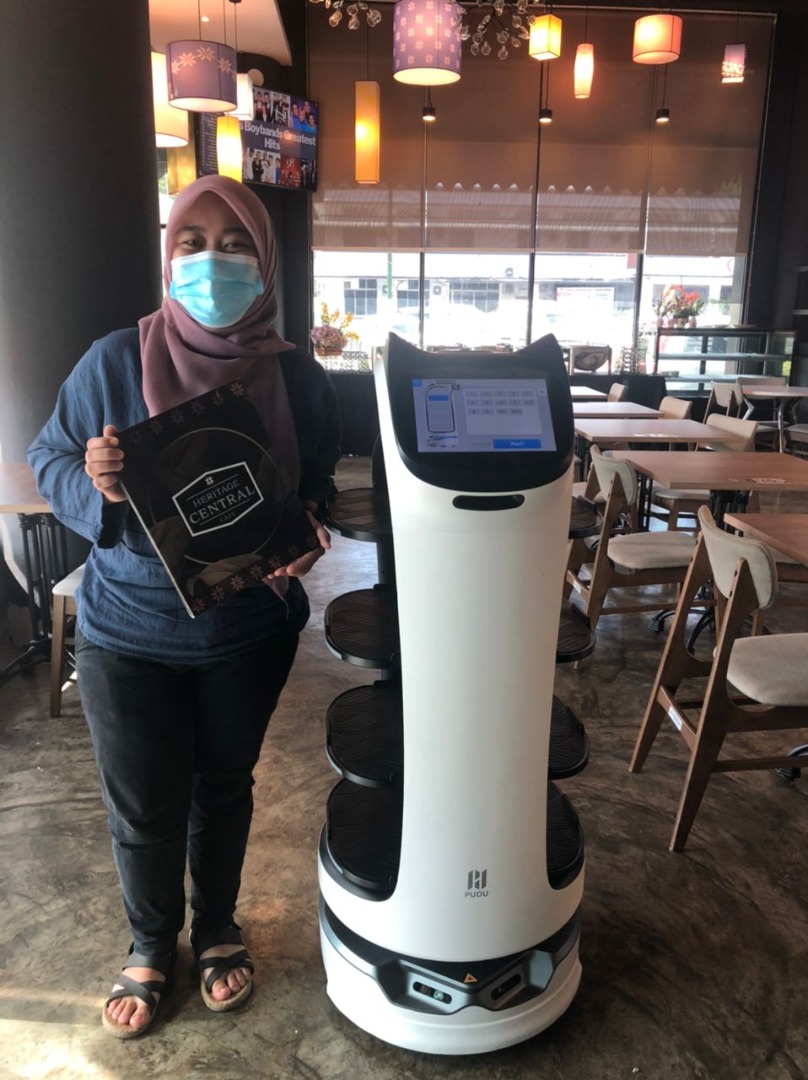 KUCHING (Jan 6): Food-serving robot Bella has become the latest attraction in the city since arriving from China in December last year.

“Bella is also a way to attract school students to venture into STEM (Science, Technology, English and Mathematics),” he said in a press statement.

Another robot, Flash, has also been brought in to Centre of Technical Excellence Sarawak (Centexs) Lundu Campus.

Centexs chief executive officer Syed Mohd Hussein said the two robots, developed through artificial intelligence (AI) and introduced by Centexs as testbeds, is the first step in Sarawak’s advancement in the field of robotics.

“This testbed robot technology is used in hotel industry, restaurants, classrooms, museums, shopping complexes, banks, offices and so on.
Both robots use WiFi, Internet of Things (IoT) and software.

“Now Bella is being experimented at Heritage Central Cafe while Flash is stationed at Centexs Lundu Campus to launch an android programming course,” he said.

“Bella is a gadget that can be contacted with WiFi and very helpful in kitchen operations. It charges in four to five hours to last 12 to 24 hours.

“Bella has four trays which can carry 10 kilogrammes of food each,” she explained.

She said Bella is well versed with the ins and outs of the tables in the cafe and a camera prevents it from colliding with other objects.

“When Bella reaches a customer’s table, a green light flashes to signal to customers to take their meals. Once the task is completed, a red light turns on,” she informed, adding that the robot also responds to human touch.

She added that Bella makes the cafe unique and many patronise the restaurant just to see it.

Previous ArticleChong: Power shouldn’t be concentrated on one leader
Next Article Raja Bomoh denies ritual to hold back floodwaters as heretical