Friday, January 21
You are at:Home»Lite Stories»‘I am not a virus,’ insists Indian man named Kovid 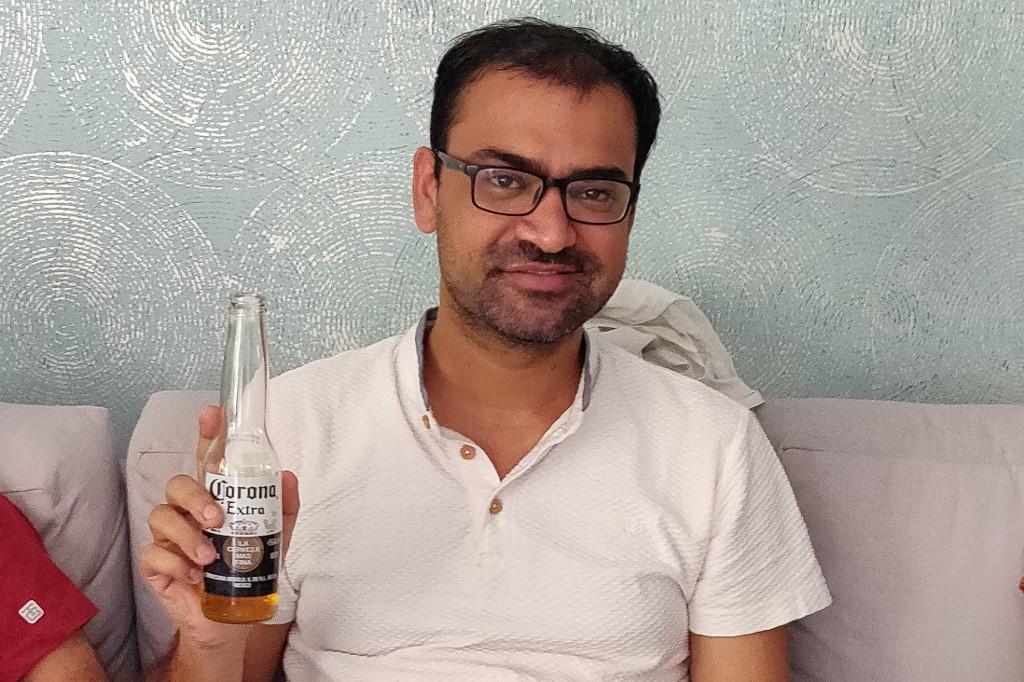 In this undated handout picture released on January 7, 2022, Kovid Kapoor poses for a picture while drinking a Corona beer at a relative’s home in Mumbai. – AFP photo

NEW DELHI (Jan 7): What’s in a name? For Indian travel start-up founder Kovid Kapoor, it has made him a social media sensation.

The 31-year-old’s Twitter profile declares: “My name is Kovid and I am not a virus.”

He posted this week that he had travelled outside India for the first time since the onset of the pandemic “and got a bunch of people amused by my name”.

“Future foreign trips are going to be fun!” he said in a tweet that had been liked 40,000 times and received 4,000 retweets as of today.

The comment triggered a barrage of jokes, memes, messages and interview requests, in a moment of light relief as the highly contagious Omicron variant sees case numbers surge in India.

Kapoor has joined in himself, declaring that he was been “Kovid positive since 1990” and posting a picture holding a bottle of Corona beer.

“I am Kovid that wants more travel,” the co-founder of Holidify quipped.

The sudden spurt of attention was “totally unexpected” but he hoped it would bring some publicity to his business during a “very difficult time” for the sector, he told AFP.

He has never had a shortage of ice-breakers at business meetings since the start of the pandemic, but has told coffee shops not to announce his name when handing him a beverage.

Kovid is a highly unusual name in India but means a scholar or a learned individual in Hindi and Sanskrit, with the ‘d’ pronounced with a very soft emphasis.

Kapoor’s mother picked the name well before his birth.

“It’s a memorable name with a beautiful meaning,” he said. “It makes for a striking introduction with anyone. I’d never change it.” – AFP