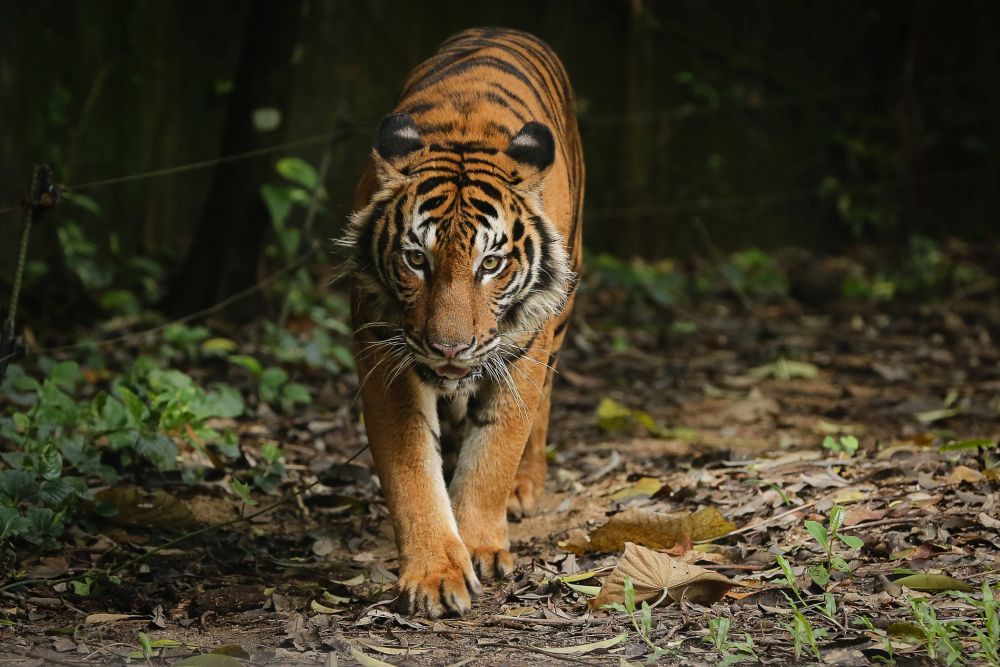 GUA MUSANG (Jan 7): An Orang Asli man was mauled to death by a tiger in an incident at Kampung Sau near Pos Bihai, here this morning.

Police received information on the incident at 1.30pm from the Kelantan Department of Wildlife and National Parks (Perhilitan), he said, adding that the attack was later confirmed by the Orang Asli Development Department (Jakoa).

A Perhilitan team that pursued the tiger some three hours later killed the beast after it tried to attack them.

Sik said based on information received, at 9.10am, the victim had stepped out to the back of his house to urinate while his daughter was also somewhere nearby tending to some chores.

“His daughter suddenly realised her father was nowhere to be seen and after a search in the area found bloodstains on leaves nearby.

“The daughter then sought help from villagers who after a search in the area saw a tiger lingering nearby the victim’s body,” he said in a statement today.

Sik said the villagers then hurled spears at the tiger, one of which hit the beast before it fled the area.

Meanwhile, Kelantan Perhilitan director Mohamad Hafid Rohani when contacted said the male tiger weighing about 120 kilogrammes was shot at about 12.15pm while the Perhilitan team was looking for it in a jungle near the scene of the incident.

He said the team was forced to shoot the animal after it began a run towards them.

“This decision (to open fire) is also in line with section 52 of the Wildlife Conservation Act 2010 as the animal was a danger to human life,” he said. — Bernama