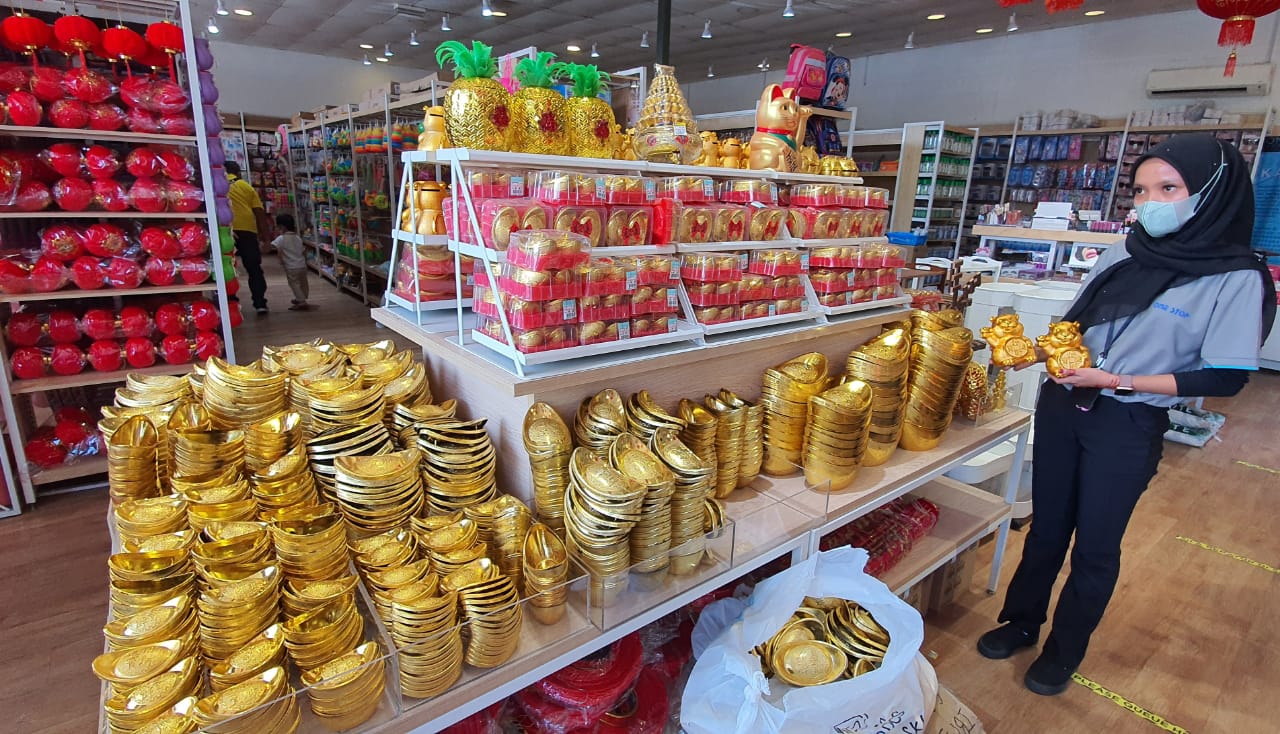 KOTA KINABALU (Jan 9): The cost of Chinese New Year decorations have significantly increased due to power rationing in China and four-fold increase in sea freight charges, which prompted local traders to import goods in limited quantities.

Some even stocked up much earlier to pre-empt the wave of price hike to ensure consumers were able to purchase Chinese New Year decorative items at similar prices as the year before.

Meanwhile, the cost has significantly increased for goods imported at a later date.

“Majority of our Chinese New Year decorations in store are sold at old prices; only a small portion of them have revised upwards by five to 10 per cent.

“We hope to minimize the price hike as much as possible so that the consumers could enjoy a happy Chinese New Year.”

Tan lamented that imported goods from China were affected by the sharp rise of raw materials and logistics costs.

Hence, he said the company had taken steps to import large volumes of Chinese New Year decorations early last year in order to maintain the prices.

“The decorations this year were imported in two batches – the first at more or less the same price as the year before while the second batch at a cost of 10 per cent higher.”

He explained that reason was the sharp increase in sea freight charges from China to Sabah, from USD1,000 previously to USD4,000 for a 40-foot container.

At the same time, he said manufacturing plants in some parts of China were only allowed to work two to three days a week due to power rationing in the country, which resulted in lower production and costlier goods.

To another question, Tan said 66 of the 99 One Stop Superstore outlets sell Chinese New Year decorations, including stores in Tawau and Sandakan.

With Chinese New Year only three weeks away, consumers are starting to purchase decorative items to adorn their homes.

Tan is optimistic with the sales of decorations this year as many businesses have resorted to not purchasing these items at all or import in limited quantities due to higher costs.

For instance, he said 90 per cent of the Christmas decorations last year were sold, which exceeded the company’s initial projection of 70 to 80 per cent.

Hence, he believed that the trend would persist for Chinese New Year decorations as well.

He added that the decorations were sold at low prices at One Stop Superstore outlets and members could enjoy further discounts as well.