Friday, January 21
You are at:Home»World»20 years on, US must close ‘ugly’ Guantanamo chapter: UN experts 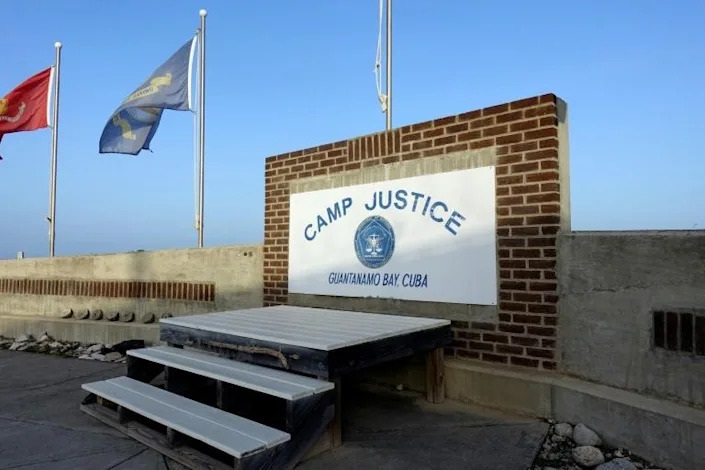 This photo screened by US military officials shows a sign for Camp Justice in Guantanamo Bay Naval Base, Cuba, where detainees are being put on trial. – AFP photo

More than a dozen independent UN rights experts voiced outrage that the military prison in Cuba created after the September 2001 attacks to house detainees in the US “war on terror” was still operating.

They described the detention centre run by the US Navy, first opened to detainees on January 10, 2002, as a site of “unparallelled notoriety” and a “stain” on Washington’s stated commitment to the rule of law.

“Twenty years of practising arbitrary detention without trial accompanied by torture or ill treatment is simply unacceptable for any government, particularly a government which has a stated claim to protecting human rights,” they said in a statement.

As a newly-appointed member of the UN Human Rights Council, it is particularly important for the United States to “close this ugly chapter of unrelenting human rights violations”, said the experts, who are appointed by the council, but do not speak on behalf of the UN.

– ‘Systematic use of torture’ –

Once holding nearly 800 people seized around the world and transported to the Cuba facility, today the Guantanamo jail holds 39 men, some of them from the very first months after it opened.

Of them, 13 have been cleared for transfer — though finding a place to send them to, or making arrangements for their repatriation to their home countries, has proven a very slow process.

Fourteen others are seeking to be released; 10 are in the process of standing trial or are waiting to stand trial; and two others have been convicted.

A number of those remaining were subjected to torture by CIA interrogators in the first years of the post-9/11 detention program.

“I will tell you the administration remains dedicated to closing the detention facility at Guantanamo Bay,” Kirby told reporters.

“We are in a review right now about the way forward,” he said, a process that involves the White House, the US military, the Justice Department, the State Department and other agencies.

The UN experts however slammed the US judicial system for failing to protect human rights and uphold the rule of law, and thereby “enabling a legal black hole to thrive in Guantanamo.”

“Guantanamo Bay is a site of unparallelled notoriety, defined by the systematic use of torture, and other cruel, inhuman or degrading treatment against hundreds of men brought to the site and deprived of their most fundamental rights,” they said.

The experts pointed out that between 2002 and 2021, nine detainees died in custody — seven of them reportedly from suicide. None had been charged with a crime, they said.

They insisted that those who had authorised and engaged in torture at Guantanamo should be brought to justice.

“When a state fails to hold accountable those who have authorised and practised torture and other cruel, inhuman or degrading treatment, it sends a signal of complacency and acquiescence to the world,” they said.

The experts voiced alarm that military commissions were still undergoing pre-trial proceedings on motions to suppress evidence of torture.

“The continued unfairness of the proceedings,” they said, “is a stain on the stated commitment of the United States to the rule of law and constitutional protection.” – AFP