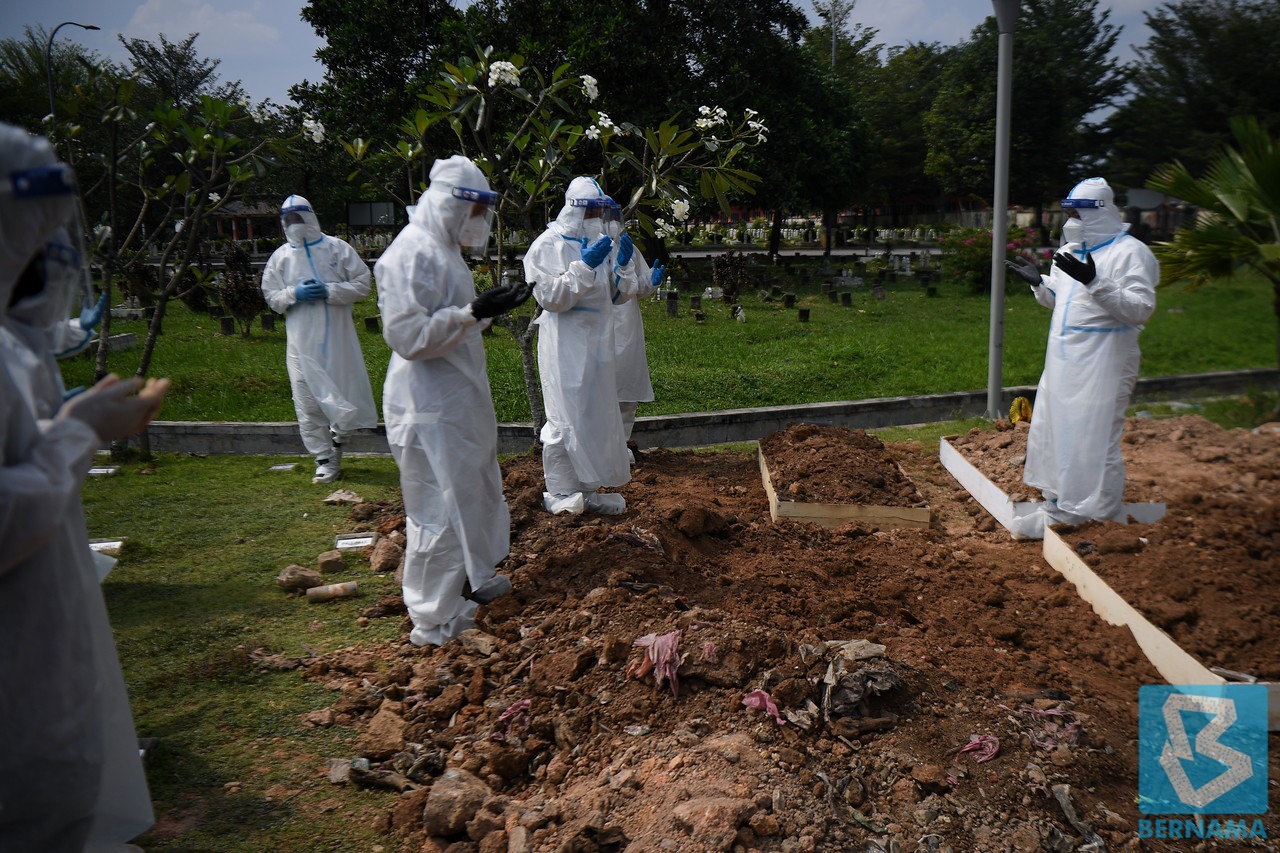 Health workers join prayers after burying a Covid-19 victim at the Raudhatul Sakinah cemetery in Kuala Lumpur on May 24,2021. — Bernama photo

KUALA LUMPUR (Jan 11): The Health Ministry has recorded another 18 deaths due to Covid-19 as of 11.59pm yesterday, including two people who died before being brought to hospital.

This brings the death toll from the disease here to 31,696.

The national death rate now stands at seven deaths per one million, based on data from the past two weeks.

In the same period, Terengganu had the highest death rate of 24 deaths per one million people, followed by Perak and Pahang with 10.

Based on information provided by the Health Ministry’s CovidNow portal, Johor topped the list of fatalities with four cases, followed by Kedah (three), Pahang, Selangor, Terengganu, and Kuala Lumpur (two each), and Kelantan, Melaka, and Perak (one each).

Yesterday, a decrease in new Covid-19 infections was reported, with 2,641 cases, which ended a streak of four consecutive days of daily cases registering above the 3,000-mark.

The new cases brought Malaysia’s cumulative tally to 2,788,860 since the pandemic began.

Health director-general Tan Sri Dr Noor Hisham Abdullah disclosed that only 57 or 2.2 per cent of cases reported were in Categories Three, Four, and Five that required hospitalisation.

He said that Malaysia’s rate of infection currently stands at 0.98, with Labuan being the state with the highest infectivity rate, at 1.19. — Malay Mail