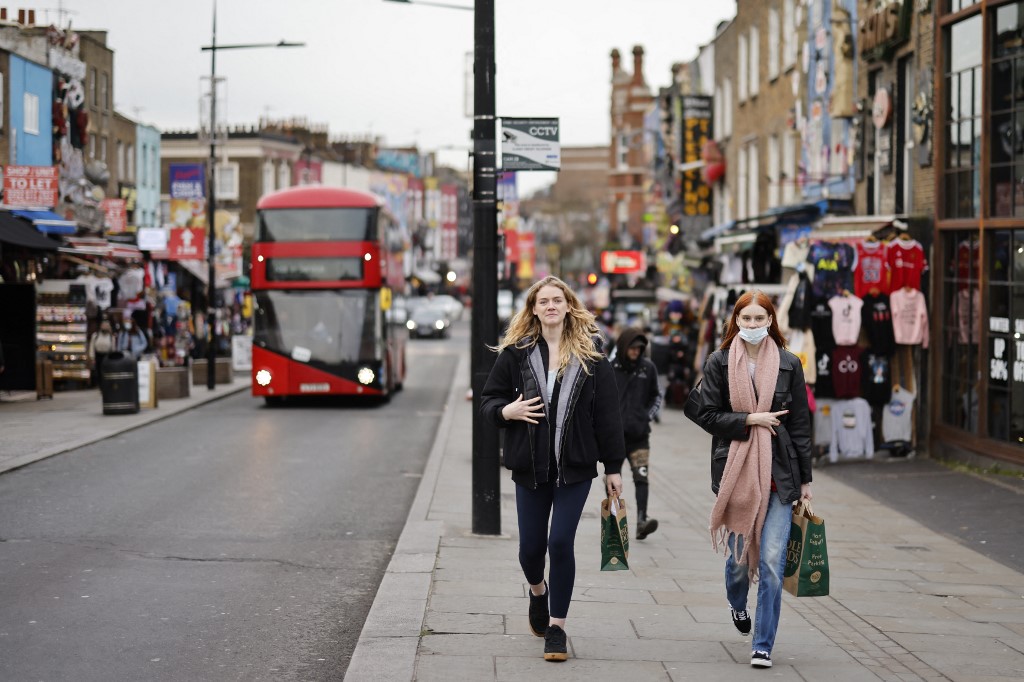 Shoppers, some wearing face coverings to combat the spread of the coronavirus, walk past stores in Camden in London, on January 7, 2022, as UK businesses and consumers face mounting fallout from surging inflation, including higher interest rates. – AFP photo

LONDON (Jan 13): The UK government said it will cut the minimum self-isolation period for those with Covid-19 in England from seven to five days to help boost economic activity.

In a statement to MPs announcing the change today, Health Secretary Sajid Javid said the government had reviewed the policy to make sure it maximised “activity in the economy” while minimising “the risk of infectious people leaving isolation”.

“Any curbs on our freedoms must be an absolute last resort and that we shouldn’t keep them in place for a day longer than absolutely necessary,” Javid added.

The new rules, to take effect from Monday, will instead require those with coronavirus to test negative on a lateral flow device on day five and six in order to end their isolation.

It follows the government cutting the quarantine period in England from 10 to seven days in December, as it sought to mitigate the fallout from an unprecedented wave of new cases fuelled by the Omicron variant.

Javid noted that data from the UK Health Security Agency showed around two-thirds of positive Covid cases were no longer infectious by the end of day five of staying at home.

“We want to use the testing capacity that we’ve built up to help these people leave isolation safely,” he told lawmakers.

Britain — one of the hardest-hit countries in Europe by the pandemic, registering more than 150,000 deaths — has seen the huge wave of Omicron cases that began last month ease somewhat in recent days.

But following weeks of record infections, millions of people have been forced to self-isolate, straining staff levels in key areas such as healthcare and education.

The government hopes the shortening of the mandatory isolation period will help ease the staffing shortages, alongside an earlier change allowing close contacts to test daily rather than also stay at home.

It comes as official data released last month showed Britain’s economic recovery from pandemic fallout slowed more sharply than previously thought in the third quarter of 2021, even before the arrival of Omicron. – AFP