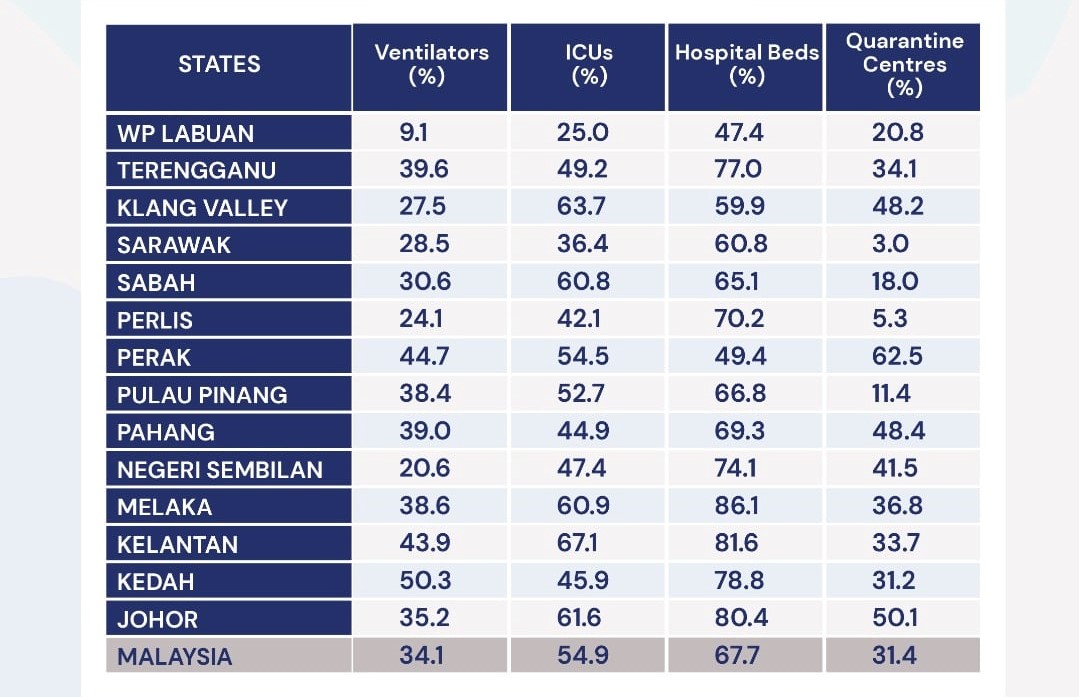 A Ministry of Health (MoH) infographic shared on Facebook showed Sarawak’s usage of ICU beds for Covid-19 patients was the second lowest in the country.