Thursday, January 20
You are at:Home»News»Sabah»Demolition of Sabindo building to proceed – former MP 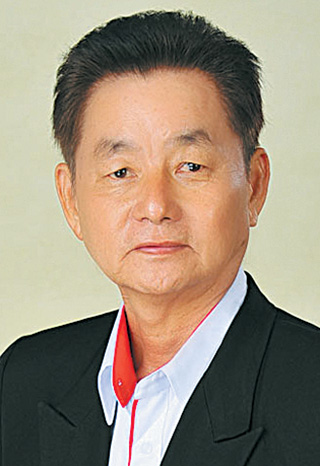 TAWAU (Jan 14): The more than 10,000 signatures garnered from the community here who were against the construction of a commercial building at Block D in Sabindo here show that they disapprove of the project.

And this led the Sabah Cabinet to agree to cancel the project in 2005.

Former Kota Kinabalu parliamentarian Datuk Jimmy Wong Sze Phin said this in reply to the statement by Tawau Municipal Council (MPT) president Joseph Pang Pick Lim who has said that the project was stopped by the local government and is expected to benefit the community commercially.

Wong stressed that the warning placard placed by the local government will not stop their effort to continue the demolition of the structure in the block in accordance with the directive from the High Court.

“The people’s aspiration has been voiced through the High Court process and the decision of the Sabah Cabinet and we will continue as has been planned,” he said in a statement on Friday.

The demolition effort was scheduled to start on Jan 15 at 4pm.

Wong also said that Pang should know that the municipality is in need of parking lots more than a commercial building because many shoplots have remained vacant while it is very difficult to find an empty parking space.

He said that Pang should respect the decision meted out by the Sabah Cabinet meeting in September 2005 which decided on stopping the cooperation between the local government and a company relating to the Block D.

Wong also reiterated that the former Local Government and Housing Minister, Datuk Hajiji Haji Noor who is now the chief minister had stated in a statement published on Sept 16, 2005, that open space must not be developed for commercial reasons, particularly at Sabindo where parking spaces are not enough.

He added that Hajiji had said that open spaces must be maintained and protected for the use of the community.

“And we also have the decision from the High Court to demolish the structure and we will carry it out since the authority responsible for demolishing has failed to do so,” he said.

Wong also queried Pang’s decision to continue with the development despite the rejection from the community.

The effort to stop the development started in 2005.

Pang said at a press conference on Thursday that the abandoned Sabindo shop buildings will not be demolished as the site and land are fully owned by the Tawau Municipal Council.

He denied that the building would be demolished as reported on social media recently.

“The building known as block D is on a land registered under the state government for commercial purposes and has been acquired by the MPT.

“Actually, there is no issue of outsiders wanting to demand to dismantle the building and we have also received advice from the State Attorney’s Chambers that the matter has been resolved,” he said.

He said MPT requested that no action or encroachment be done on the building without permission.