Friday, January 21
You are at:Home»News»Sabah»Free entry to Sabah to end soon 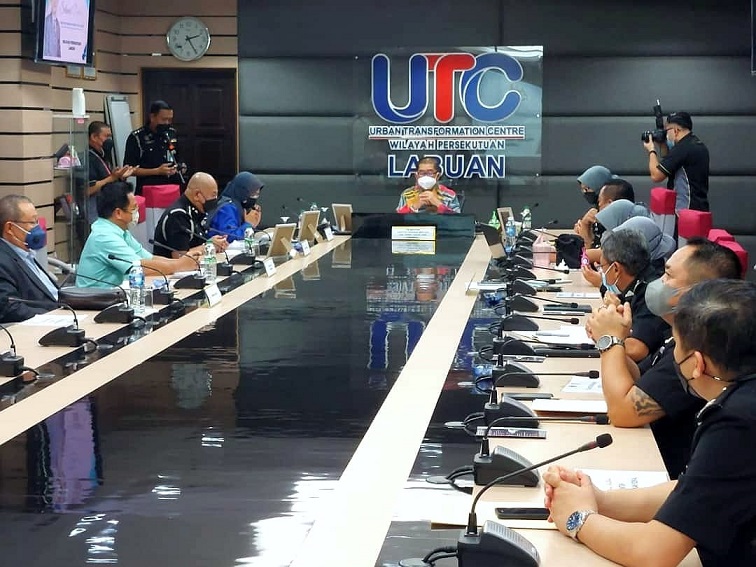 LABUAN (Jan 14): Loopholes allowing free flow of passengers entering Sabah via Labuan will soon be a problem of the past.

Minister in the Prime Minister’s Department (Sabah and Sarawak Affairs) Datuk Seri Dr Maximus Ongkili said this after a meeting with senior officers from the Immigration Department here on Friday.

He said the Immigration Departments of Sabah and Labuan had assured him that they are prepared to take necessary actions to enforce laws and regulations to protect Sabah’s immigration rights if the State Government claims its full rights and authority under the Malaysia Agreement 1963 (MA63).

“We have observed that there are immigration loopholes between Labuan and the entry points to Sabah through the Menumbok and Jesselton Point ferry terminals, where no immigration officials are placed in these locations.

“The Sabah and Sarawak Affairs Division has raised this issue for fear that people with bad intentions are using these loopholes to go scout free, entering and leaving Sabah without proper records and documentation,” Ongkili stressed.

He noted that the Sabah’s immigration rights have been diluted with the federalisation of Labuan by the then Berjaya Government in 1984, and subsequent immigration regulations for free flow of traffic between Peninsular and Sabah, through Labuan as a Federal Territory.

“However, during the meeting, the Immigration Department said they are prepared to study and act on the decision by the Sabah Government on the matter,” he said.

Ongkili said the Special Council on MA63 which is headed by Prime Minister Datuk Seri Ismail Sabri Yaakob will facilitate decision-making if the Sabah Government brings up the matter at its upcoming meeting next month.

In the case of the Sarawak’s immigration right, it is one of four MA63 rights declared as non-negotiable and the State has its ultimate power and control.

Sabah Chief Minister Datuk Seri Hajiji Noor had said that he would request for a report from the Immigration Department on the lack of checks on vessels coming from Labuan into the state.

Hajiji said he was aware of complaints from the public on why this was happening and how it had been allowed to go unchecked for so long.

He added that when people arrived in Labuan from the peninsula or elsewhere, they would be screened by the immigration authorities, but this was not the case when they came over to Sabah from the island.

“There are requests from the people that those coming into Sabah (from Labuan) must also go through the same immigration checks,” he told reporters recently.