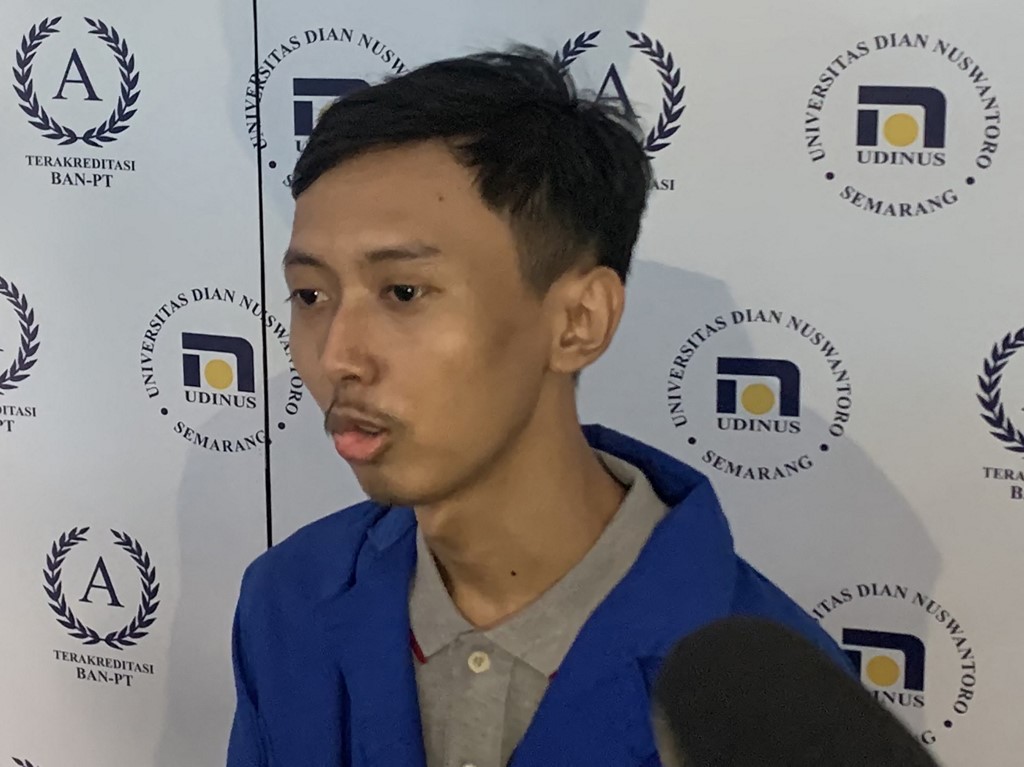 Indonesian college student Sultan Gustaf Al Ghozali, who became an internet sensation after turning hundreds of his selfies into NFTs with his collection traded for a total of more than 1 million USD in transactions, poses at his college in Semarang on January 14, 2022. – AFP photo

SEMARANG (Jan 14): An Indonesian college student has become an internet sensation after trade in the digital rights to his selfies fetched more than US$1 million on a platform for non-fungible tokens.

Sultan Gustaf Al Ghozali, who studies computer science at a university in the central city of Semarang, has taken a picture of himself sitting in front of his computer almost every day for the last five years.

He intended to use the collection of nearly 1,000 selfies to create a timelapse video for his graduation day.

But after learning about blockchain technology, the 22-year-old decided to upload the photos to NFT trading platform OpenSea under the title “Ghozali Everyday”.

“I was thinking it might be funny if one of the collectors collected my face,” Ghozali told reporters at his university’s campus on Thursday.

“I never thought anybody would want to buy the selfies, which is why I only priced them at US$3,” he said.

But today one selfie was available for 0.247 of the cryptocurrency ether (US$806) after demand shot up.

NFTs have transformed digital items ranging from illustrations to memes into virtual collectors’ items that cannot be duplicated.

Ghozali started to upload his selfies in late December but it was not until a celebrity chef snapped some up last week and promoted Ghozali on his social media account that sales took off.

In the next few days more than 400 people bought ownership of his expressionless photos.

As of this afternoon, Ghozali’s collection had reached a total trade volume of 317 ether, equivalent to more than US$1 million.

“To be honest I still haven’t got the courage to tell my parents, they would be wondering where I got the money from,” Ghozali laughed.

On his Twitter account, where he has more than 16,000 followers, the student often offers updates on his OpenSea statistics.

“Today (I) sold more than 230+ (selfies) and until now I don’t understand why you want to buy #NFT photos of me !!! but i thank you guys for 5 years of effort paid off,” he tweeted on Tuesday.

Ghozali, who dreams of opening his own animation studio one day, said he plans to invest the money and will continue to take daily selfies until he finishes college. – AFP

Previous ArticleMelaka United settle salary arrears of players, officials for 2021 season
Next Article The year that was — In films, TV, music and books