Thursday, January 20
You are at:Home»News»Sarawak»Landslide causes part of road to collapse, cuts access to Pakan longhouse 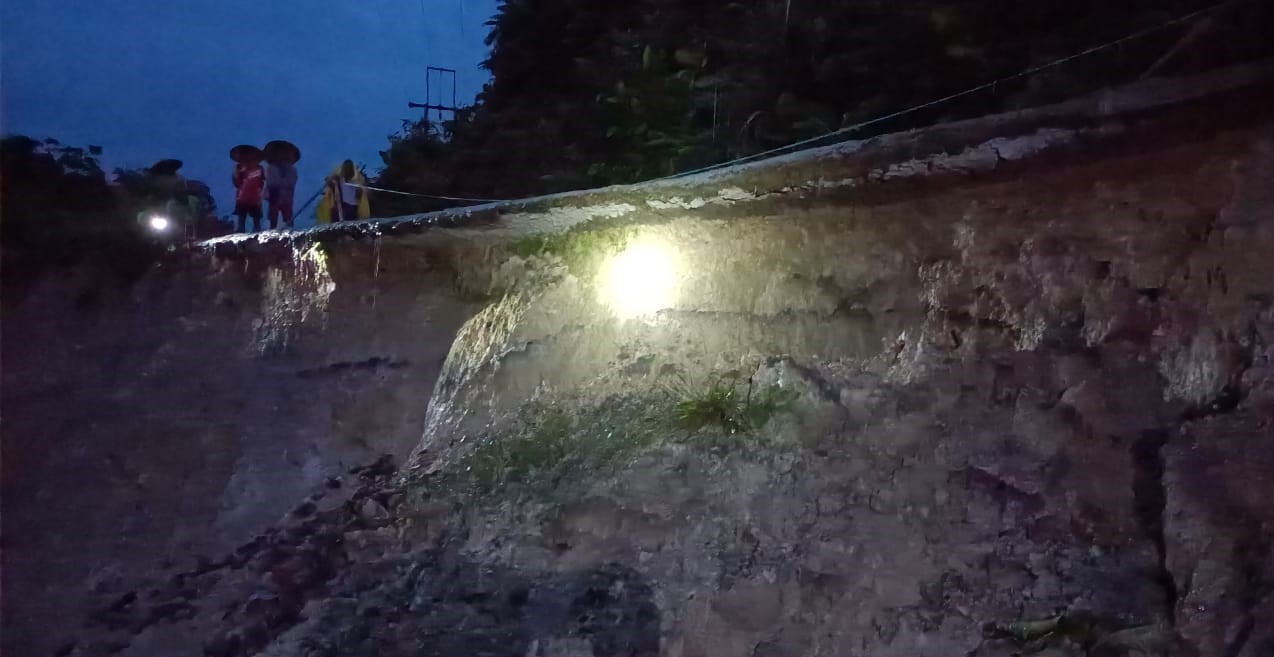 Bomba photo shows the damaged section of the access road.

BINTANGOR (Jan 14): A landslide, caused by continuous rain, near Rumah Nyakin in Ulu Entaih, Pakan led part of the access road to the 36-door longhouse to collapse.

Bintangor Fire and Rescue Department (Boma) chief Nicholas Belulin, who led a team to check the situation at the longhouse last night, said the concrete access road is now impassable to vehicles.

He said they received a call on the incident at 4.58pm and immediately went to the scene.

Firefighters only arrived around 7pm.

“To ensure their safety, we cordoned off the affected section of the road with barrier tape to prevent vehicles from trying to pass the stretch and to keep the area out of bounds to some 200 longhouse residents for the time being,” he said.

Nicholas said although it was dark, firefighters noticed that another section of the access road, located about 10 metres away, could also be at risk of collapsing.

“We fear it could happen due to the wet spell, which is expected to prolong until Saturday,” he said.

Meanwhile, two families from the longhouse claimed that the landslide also caused damage to their farms.

According to them, various crops such as around 90 pepper vines, over 20 fruit trees, pineapples, tapioca, and more were destroyed in the incident, which occurred around 4pm.