Friday, January 21
You are at:Home»News»Sarawak»District APM ramps up preparation for floods 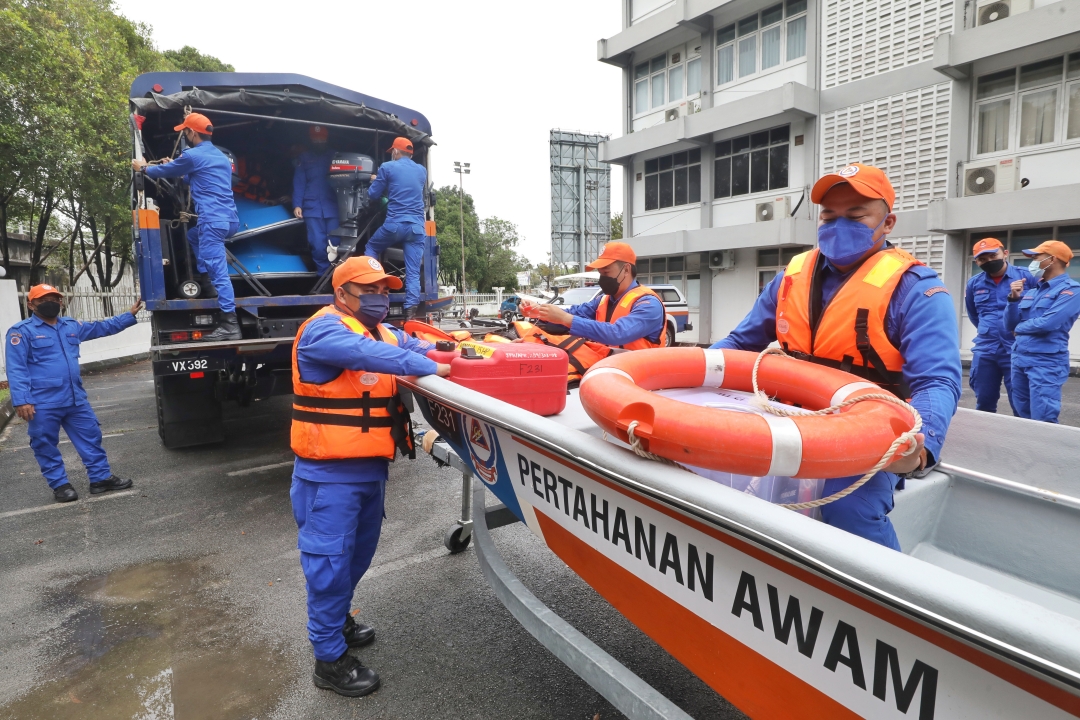 KUCHING (Jan 15): The Civil Defence Force (APM) here is ramping up preparations for the possibility of floods as continuous rain is expected until today (Jan 15).

Its district officer Captain Madihi Habib said 82 flood relief centres had been gazetted and ready to be activated when the time comes.

“We thus urge those affected by the flood to cooperate with the relevant agencies and move to the relief centres for their own safety,” Madihi said when met yesterday morning.

He added they would normally advise flood victims to move to the centres immediately once their homes were inundated to avoid any untoward incidents.

“This is especially so if the evacuation is done at night as it is a dangerous rescue operation for the rescuers and also the victims,” he said.

Once at the relief centres, he said the flood victims should abide with the Covid-19 standard operating procedures to avoid catching Covid-19 and creating clusters.

Those with Covid-19 found at the centres would be isolated at a designated area and would be referred to the Ministry of Health for further action, he said, adding that random Covid-19 swab tests would be carried out at the centre depending on the situation.

When the flood victims were allowed to go back homes, he said, they must make sure their electricity and water supplies were not turned on immediately.

Madihi added that Kuching APM had sufficient logistics for rescue and transportation of flood victims.

“We have motorcycles, 4WD vehicles, lorries, ambulances, boats and all the necessary equipment at our disposal. We also have 50 to 60 personnel to be deployed at any given time,” he said.

Flexible tents for the flood victims had also been sent to selected relief centres in the district to minimise the response time.

“These tents can be immediately use4d by the victims without waiting for us (APM) to reach the centres,” he added.

Meanwhile, APM Kuching District would remain on standby until the end of the rainy season, he added.

“Kuching at the moment is still under control with not a single relief centre being activated yet.”