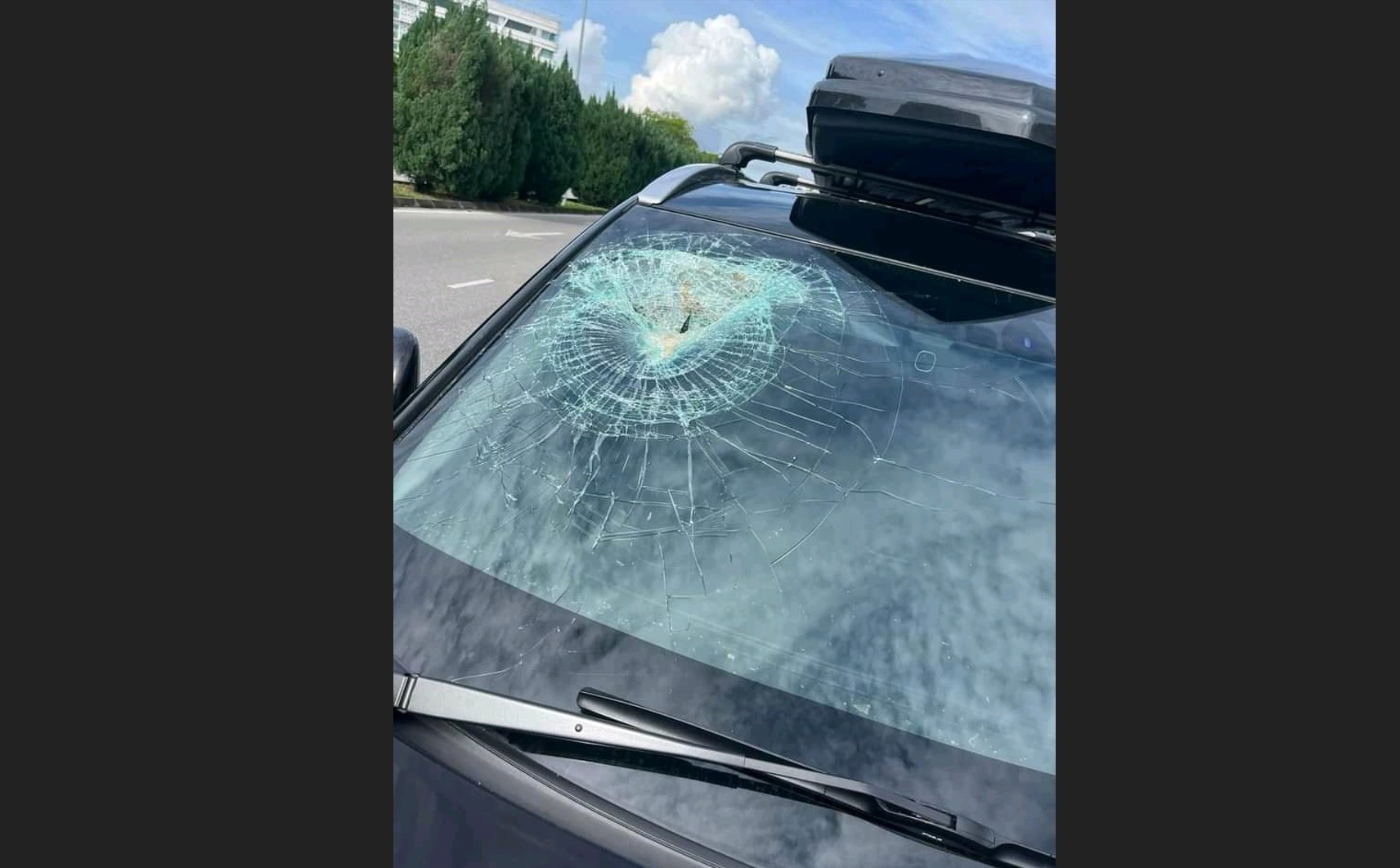 Photo shows the damage caused to a victim’s car on Jan 13.

Bintulu police chief Supt Zulkipli Suhaili said the man was arrested at about 7pm at a fast food restaurant in Medan Jaya on Jan 13.

“Police have opened an investigation paper against the suspect under Section 427 of the Penal Code for committing mischief,” he said in a statement.

The charge is punishable with imprisonment of up to two years or a fine or both.

He said the suspect was brought to the Bintulu Magistrate Court yesterday and was remanded.

On Jan 13, Bintulu police received a report that from a 63-year old victim that while driving through Jalan Sebiew, near Kemunting cemetery, at about 5pm on Jan 12, a hard object suspected to be a stone was thrown at his car windshield.

The victim and his son tried to see who threw the object but due to the heavy rain at that time, they did not stop the car and continued their journey home.