Tuesday, February 7
You are at:Home»Columns»Nature Matters»A spirit of change is in the air
For the freshest news, join The Borneo Post's Telegram Channel and The Borneo Post on Newswav. 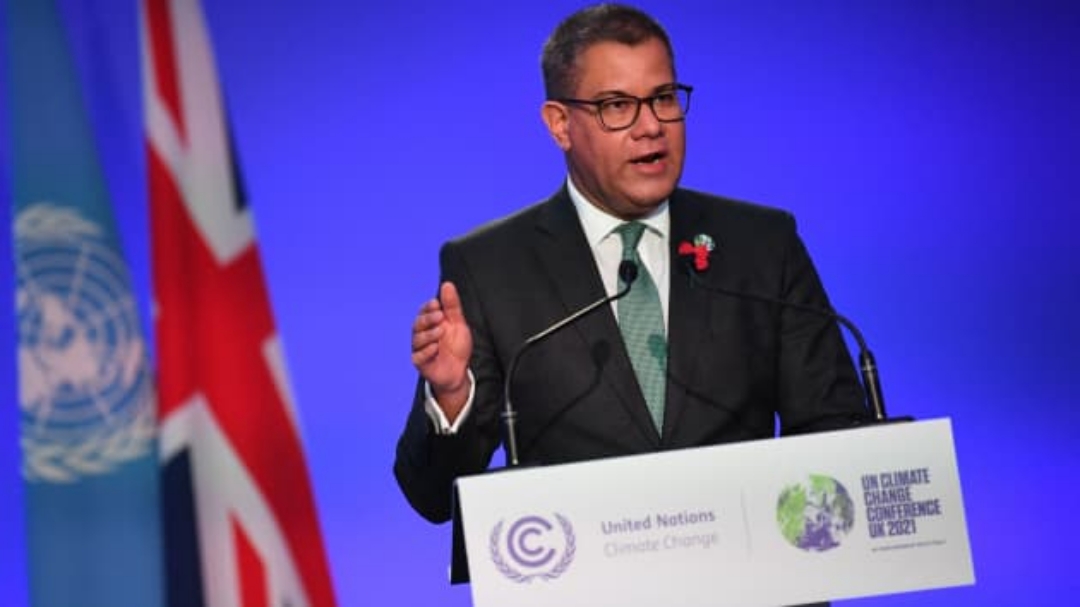 AS the New Year dawns, we reflect upon the happenings of 2021 and how worldwide events have affected our lives. Certainly Covid-19 and its variants come to the top of our lists but what was the outcome of COP26 held in Glasgow in last November? You may well ask this question for a fistful of solutions to limit a rise of 1.5 degrees Celsius by 2030 was not well received by all nations present yet some concessions were made.

For such a vitally important meeting to slow down climate change, two weeks of negotiation seem hardly enough for time well spent. Certain nations need to awaken to the clarion call of all of us as humans to ensure the very safety of our offspring if this deadline is to be reached.

Our climate is certainly changing and is currently at a mean global temperature of 1.2 degrees Celsius above that of the pre-industrial revolution figure in the early 18th century. We have recently witnessed the outcomes of this temperature rise in the increasing frequency of hurricanes, severe storms, flooding, drought, changes in global wind patterns, and sea temperature changes, rising sea levels and famine.

Was COP26 just another blah-blah-blah?

This international conference, attended by 190 nations, was meant to bring climate heating under control. According to the United Nations, we are on track for a 2.7 degrees Celsius rise in global temperatures by 2100 resulting in climate catastrophes!

Cop26 saw some 40,000 people descending on Glasgow with 400 private jets flying into Scottish airports. American President Jo Biden is estimated alone to have generated nearly 1,000 tonnes of carbon dioxide in getting to the conference. His entourage consisted of four aeroplanes, a US helicopter, and a huge motorcade.

Sadly, for reasons untold, the Chinese leader Xi Jinping and the Russian leader Vladimir Putin did not attend. The 2015 Paris Agreement’s goal of zero net emissions by 2050 received a hard knock on the head on the very first day of the conference when Narendra Modi, the Indian Prime Minister, announced that his nation’s target to reach net zero would be in 2070. India, alas, has the third largest overall emissions after China and the USA.

A major deal was struck by 130 nations promising to end deforestation and plant new trees within nine years’ time. Those nations supporting this commitment included Brazil, Canada, the Democratic Republic of Congo, Indonesia, and Russia. A similar deal agreed at a similar meeting in 2014 failed to slow down deforestation.

On the second day of the conference, 90 countries agreed to eliminate methane gas emissions by 30 per cent by 2030. This positive statement will have a rapid impact on the reduction in global warming. Regrettably, three of the top five methane emitters – China, Russia, and India – refused to sign this pledge. And so the conference lingered on with its national negotiators after the departure of world leaders at the end of Day 2.

It was the Maldives negotiator, the Minister of the Environment Aminah Shauna, who aptly reminded the conference, that with rising sea levels that country would soon disappear under the sea with the world faced with ‘climate change refugees’. She stated, “No action means a death sentence in one of the most beautiful group of islands in the Indian Ocean.” Three years have passed since 2018 when the world’s nations had agreed to promise the developing world countries US$100 billion to absorb the impacts of climate change to include improvements in sea defences and the relocation of coastal settlements. More confidence continues to lie in pledges from billionaire philanthropists in their agreements to make up any shortfalls. 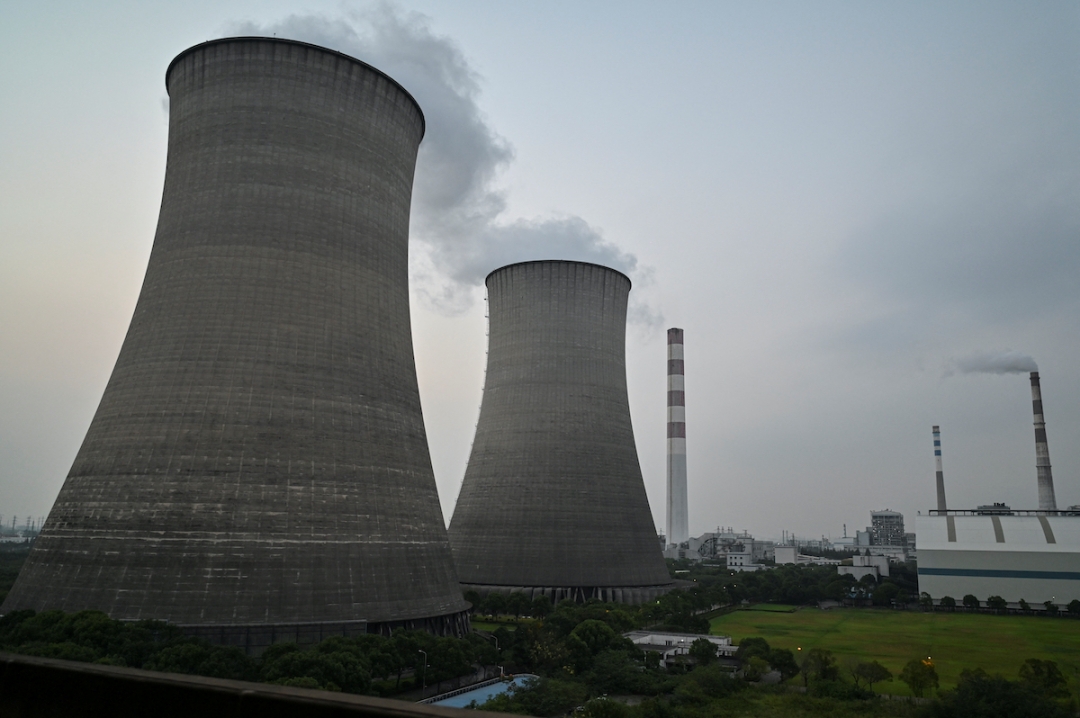 Researchers at the University of Melbourne find that pledges to limit greenhouse gases could keep world temperature rises to below 2 degrees Celsius but only if the promises were followed through! China now accounts for nearly 33 per cent of the world’s CO2 emissions, in burning almost a half of the world’s coal and with more than a thousand coal-fired power stations supplying 58 per cent of its power. South Africa is a major emitter of greenhouse gases and sulphur dioxide through coal burning.

The dichotomy lies in activists and politicians demanding replacing fossil fuels with renewable sources of energy. Providing the necessary raw materials demands vast quantities of energy. This energy during a period of transition to all renewable energy requires energy from non-renewable sources. China mines and processes 85 per cent of the world’s rare metals including lithium used in all kinds of batteries.

The very processing of rare earth metals is very energy intensive and in China that energy is created from coal burning. Ironically, fossil fuels will be required for quite some time in order to phase out fossil fuels. Nuclear energy remains an option, for it is zero-carbon but does produce world problems in waste disposal and fears of such disasters such as Chernobyl and Fukushima. Massive fission reactors such as Hinkley Point – currently under construction near my home – could be replaced by smaller reactors which can be built quickly.

Nearly 200 countries agreed to keep 1.5 to 2 degrees Celsius alive in keeping with the Paris agreement of COP21, now seven years ago! This pact needs to be kept but can only be kept if promises are quickly turned into realities, with new plans demanded from each country on an annual basis, including details of their attempts to keep global warming within the required amount. For developing countries one very important point was omitted. These countries want a clear plan for a ‘loss and damage’ funding facility to compensate them for the damage climate change has already inflicted. The idea of founding a Glasgow Fund for such was aborted. This is a major issue which will remain high on the agenda at COP27 to be held in Egypt.

Was this conference a ‘historic achievement’?

Yes, in some ways, for it does keep hope alive that temperatures this century will be held in check between 1.8 and 2.4 degrees Celsius. This, however, is a frightening prospect as the world has warmed by just over half this amount already with global impacts never to be seen before. A recently published article in the journal ‘Nature’ boldly assessed the amount of fossil fuels that would need to be left in the ground to allow for a 50 percent probability of limiting global warming to 1.5 degrees Celsius. It states that by 2050, we need to find that 58 per cent of oil, 59 per cent of fossil methane gas, and 89 per cent of coal must remain unextracted. This, alas, is something that fossil fuel-rich countries do not want to hear.

John Kerry, the USA envoy, concluded that the conference was, “an important step in the right direction, yet not in the right measure”. It was particularly reassuring when China and the USA announced that they would work together to tackle climate change. These two countries, the biggest CO2 emitters in the world, have vowed to boost climate – cooperation over the next decade to achieve the 1.5 degrees Celsius aim. As mere onlookers we can only hope and pray that the developed nations cough up the wherewithal to assist those developing nations in our world. 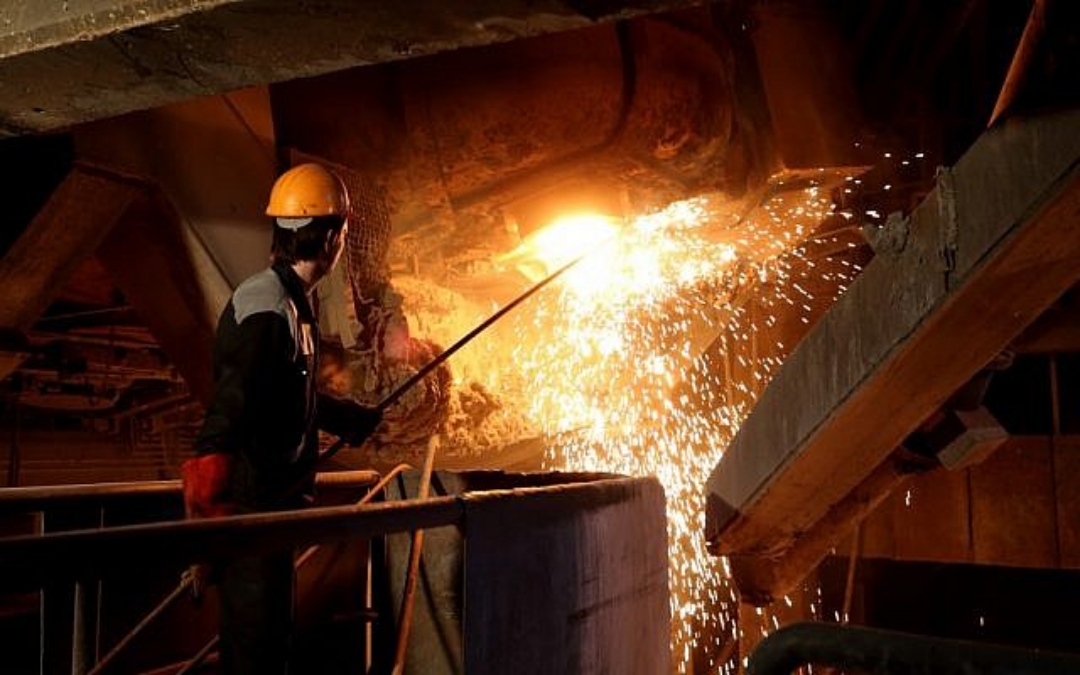 An employee is seen at work at a steel company’s plant in the central Iranian city of Yazd, on April 6, 2015. – AFP photo

The voices of the younger generation must be carefully listened to. Hope is still alive! Alok Sharma, the COP26 UK president, deserves full praise for the unassuming yet effective way in which he conducted and steered this conference. He still has much to do in persuading all nations to reach net zero.

I am eternally optimistic that future technology will prevail to overcome the downfall of fossil fuels, even increasing the battery running-length of vehicles. It has been estimated from reliable sources that we once had six trillion trees on our planet and today we have half that amount. Large scale replanting of trees and seagrasses are ways of absorbing the ever-increasing amount of CO2 in our atmosphere. The restoration of wetlands will keep methane embedded for much longer in our soils.

Rising sea levels through the increasing heat and thus the expansion of water in our oceans, together with melting glaciers and ice-caps releasing yet more trapped CO2 into our atmosphere will prove more difficult to control. One of the biggest problems in our world is self-control. Our population has risen exponentially since pre-industrial times. Many of the problems in our present world stem from a lack of self-control and the desire to make money by whatever means.