Friday, May 27
You are at:Home»Columns»Uncle DI»In favour of vernacular education 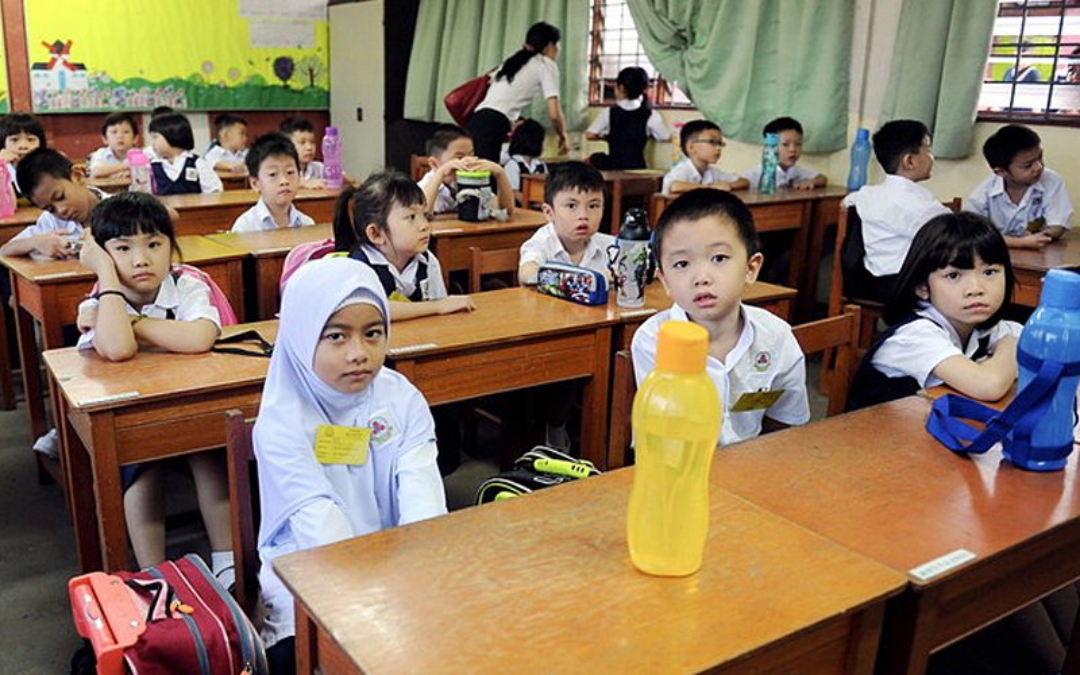 There are some 1,800 vernacular schools in the country – about half a million pupils from various ethnic backgrounds go to them. — Bernama photo

AND now, a round of applause for the High Court in Malaysia, and its ruling that Chinese and Tamil schools in the country may continue to operate as usual.

Hopefully, nobody will be stubborn enough to appeal the decision to a higher court, hoping for a reverse judgment.

I’d say let the High Court’s decision be the law of the land. It is an essential requirement to serving the general interests of a nation of many languages like ours. Come to think of it, it has been the law of the land all along: it is enshrined in Article 152(1) of the Federal Constitution itself – the supreme law of Malaysia.

After all these years of recognition of the right to vernacular education, I find it hard to rationalise the move by those ‘intellectuals’ in Malaysia to challenge the validity of the relevant provisions of the Constitution.

The national press has, by and large, reported the matter as being aimed at Chinese and Indian-language education only. But if this move had succeeded, do you realise that doing away with the provision (Article 152 [1] of the Federal Constitution) would also deprive the indigenous people of Sabah and Sarawak of their rights to study and teach their own languages? Like throwing the baby together with the bath water!

It appears that the advocates of the abolition of the vernacular education have questioned the wisdom of the founders of the Federation of Malaya. Their own forefathers!

The leaders who formed the Federation had made vernacular education as a public policy that would be binding on future governments. And this policy was accepted as being most appropriate for application by the new Federation of Malaysia with its many language groups, obviously taking into consideration of the interests of the indigenous people in the Borneo states.

Thus, in the present Malaysian Constitution that law has been preserved, it ensures that not only the Chinese and the Tamils in Peninsular Malaysia, but also the indigenous people of Sabah and Sarawak, will enjoy the right to education in their respective language.

The early founders of Malaysia from Sarawak and North Borneo had demanded this safeguard as an essential condition of entry into Malaysia of North Borneo and Sarawak. All good Malaysians in Sabah and Sarawak must not let anyone try to whittle away their rights!

Having said that, the whole hullabaloo saddens me greatly. Given the vagaries of politics in this country of late, can anyone guarantee that the rights of the Indigenous People of Malaysia would be fully protected, if the anti-vernacular agitators were allowed to have their way?

The minority interests have been submerged in bigger interests, bit by bit, subtly and not so subtly, as in the case above. It is up to the indigenous people concerned to stand up and speak up against further submersion of their rights.

I always thought that the indigenous people of the Borneo region would have a space in the ‘Malaysian Sun’ forever and that no government would yield to pressures from the advocates of abolition of vernacular education. I hope that these zealots will learn from the lesson from the High Court’s decision and stop agitating for abolition of vernacular education on Malaysia again.

There are some 1, 800 vernacular schools in the country – about half a million pupils from various ethnic backgrounds go to them. In Sarawak, many of the pupils in Chung Hua Schools are from the indigenous communities.

Many indigenous people in this country have missed the chance to study Mandarin. I wish I had gone to a Chung Hua school at Lundu in 1949. No one prevented me from doing so. At the time, the choice was the Bumiputera school, where Malay (Za’aba sytem of spelling) was the medium of instruction. In the Bumiputera school, Jawi was available and I took the opportunity to learn the script. Wouldn’t it be good for me to have learnt to write in and speak the Mandarin as well so that I could read the Chinese newspapers?

Jawi has done me good – I can read documents written in that script.
Back in 1947, I found the Bumiputera school more appealing than the Chung Hua. The District Officer, Abang Haji Adenan, encouraged the holding of regular concerts for the pupils to learn stage craft. We had two Malays from Sambas to teach the pupils how to sing in tune — Bujang Tonel taught the students to play the guitar, and Mohd Bola taught them to do conjuring tricks. Cikgu Musi Haji Ahmad, imported from Kuching, taught the students how to crack jokes.

It was fun while it lasted.

At the Chung Hua school, there were no such attractions. Those guys were serious about education and nothing else! The pupils there did sing, and one song was sung regularly. Years later, I learnt that it was the very song to celebrate the victory of the communists in China. At the time, I did not know the significance of it all.

Well, I was a typical ‘innocent kampong boy’, and I should think most of my Chinese friends weren’t aware of the political background either. I joined them one procession around town and joined the singing of that song – to applause from the public.

During the colonial time and in the first two decades of Malaysia, certain Chinese-medium schools in Sarawak were prime suspects as hot beds for the propagation of the Communist ideology here. This sentiment seems to linger to this day.

Let this be relegated to history.

It’s time we divorce language from politics. Mandarin or Tamil are languages, not ideologies. The Taiwanese are not communists and yet, they use Mandarin as their official language.

I’m told millions in China want to study English for the obvious reason – an international language useful for purposes of commerce and diplomacy.

How pragmatic and sensible they are, I would say.

The important thing is that all schools in Malaysia teach Bahasa Melayu (used to be called ‘Bahasa Kebangsaan’) as the national language, and the policy makes it a compulsory subject in schools.

At home, we talk to our families in the mother tongue. Out in the public arena, we all chatter in Bahasa Melayu. We use the national language in official correspondences.

In our speeches, we are allowed to be multilingual as long as members of the audience understand what is being said.

‘Jom’ – it’s time we learn how to read, write and speak in more than one language.