Friday, May 27
You are at:Home»Columns»Just another point of view»Were our good old days really all that great? 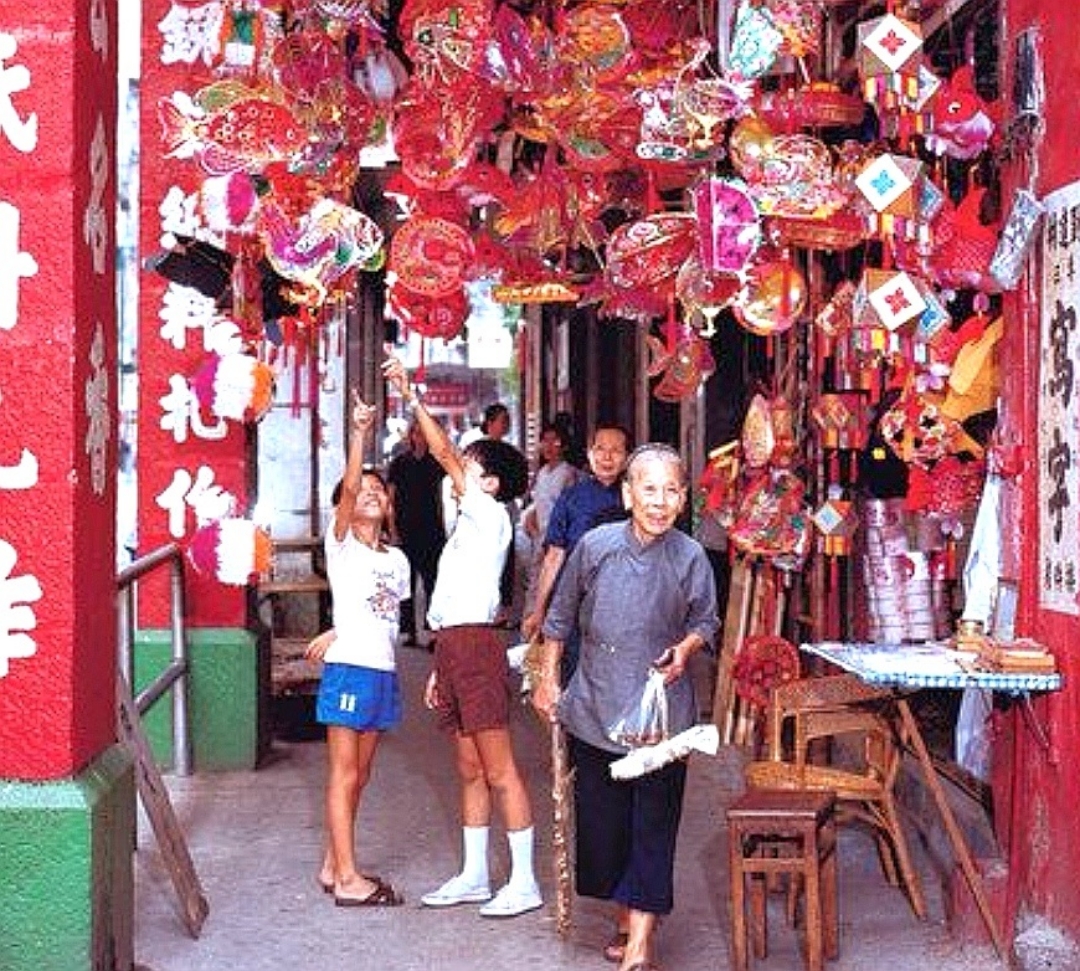 IN every age, ‘the good old days’ was mostly a myth. No one ever thought they were good at the time when they were right in the middle of it, experiencing it, having to go through the plain old drudgery day in and day out, as in every age we all had our own personal crises that had seemed intolerable at the time, but were happy to have lived through them!

Sometimes, we do look back and maybe 10 years down the road from now, we’d be thinking to ourselves: “Oh boy, those were the good old days!”
Well, you know as well as I do that we’re living in the good old days right now!

Many of us, however, do from time to time wistfully reflect and think of the past – the good times anyway – as very few people actually try and recall bad times (they might learn from it or regurgitate memories of it to convey or teach the younger generation about the lessons learned or certain experiences to avoid repeating doing again), but the older we get, the better it seems our old memories have become.

Some psychologists, in fact, go as far as to suggest that at times, we have purposely altered or changed our recollection of certain memories, especially in the re-telling of it to a third party or a group of attentive listeners.

Even writers of autobiographies have been challenged in the past about their ‘altered retelling of the truth of their personal times and history’.
Such is our human frailty or the failure of our human memory cells – fallible and often modifiable to serve our purely selfish purposes and dubious intentions!

Recently, we were talking among ourselves, a few long-time friends whose childhood and upbringing had begun in the 1950s and 1960s. Our conservation had turned to festive celebrations and we had reminisced about how we had spent Chinese New Year (CNY) in our childhood days in Kuching.

I started by saying that I still remember when I was about 6 or 7, there were only the usual five standard kinds of CNY cookies: the ‘kuih bahulu’ (Hokkien’s ‘kay ng koh’, a rather simple butter-egg-flour cake); ‘kuih sipit’ (flattened and fan-shaped or rolled like a cigar, made of coconut milk, eggs and flour, and grilled over an open fire); ‘kuih bangkit’ (made from sago starch, originally of Malay origin); ‘kuih koya’ (made from mung beans); and finally, the ubiquitous ‘keropok’ (fish or prawn crackers). 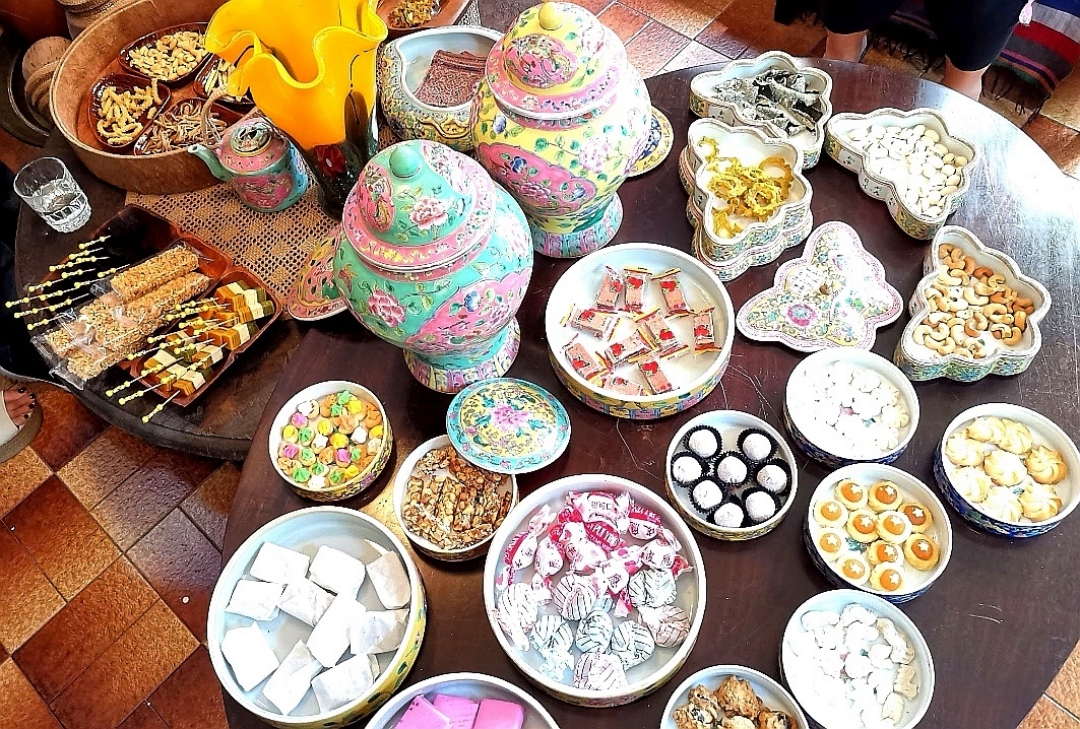 A wide array of CNY goodies and ‘kuih’ greet you at every home.

Some homes would be luckier and might offer a few more staples like pineapple tarts, ‘bak-kwa’, Mandarin oranges, green olives and the Nyonya-styled ‘achar’ – but that was about it.

Since the 1980s and 1990s, this selection has widened and grown and today, judging by what’s being advertised on social media and WhatsApp groups, there are dozens and dozens of new varieties of CNY goodies available for sale, catering for every budget.

I’ve seen advertised premium homemade pineapple tarts going for up to RM75 per box of 50 pieces!

My friend Swee Jin remembers that as a young boy, he had to help his family to manually grind the raw ingredients for them to make the ‘kuih-kuih’ (local cakes) and he would forgo his weekend morning shows for up to a month before CNY in the ‘good old days’ doing just that!

There were no modern kitchen appliances, implements or tools to assist; definitely things were completely performed by hand and with very basic tools.

I too remember sitting on one of those very low long benches, with a rounded saw-like teeth iron blade just to scrape the coconut flesh off the insides of the coconuts – a pretty dangerous work for a boy of 8!

Preparing the ingredients for the ‘achar’ was pretty hard work – cucumbers had to be thinly sliced, then dried in the hot sun, and all means used to squeeze the water out were used, from pressing the sliced cucumbers between blocks of concrete or bricks to even more drastic ones (this is true, so don’t laugh!) of running the tyres of the car over them (of course, the cucumbers were sandwiched between wooden planks!).

Giant woks too had to be used to deep-fry the fish ‘keropok’ and the chopped shallots and other ingredients.

It’s fun to recollect and thinking back, it seemed like they were indeed the good old days, but I can’t really see today’s kids of 7 or 8 helping out with doing any of these chores – they’d consider it hard labour and return to their electronic devices!

There were memories of spending time with other cousins and family members who had visited, catching up and drinking bottles of F&N Orange Squash or Aeroplane ‘pok chui’ – sarsi, cherry and ice-cream soda were the popular flavours; the adults indulging in Anchor and Becks Key beers or Dewars White Label whiskey or Hennessy 3-Star brandy (VSOP and Martell Cordon Blu were only widely available after the 1980s, with Johnny Walker Black Label and Chivas Regal being latecomers).

I remember one CNY when I was 9, having had my first taste of BGA (brandy ginger ale, the concoction popular at the time). Today, just a small whiff of it would transport me back 60 years!

Fireworks were not as popular as firecrackers then; the latter was legal and kids would save the whole year to build up their own private stash which would be liberally fired off whenever friends came to visit or at night. We’d visit each other, with the adults when they went to relatives; and in a group on our own to other school-friends and neighbours.

We’d be visited by almost everyone we knew, there was no need to send out any invitations; we would have friends who were Malays, Ibans, Bidayuhs, Indians, and Eurasians. 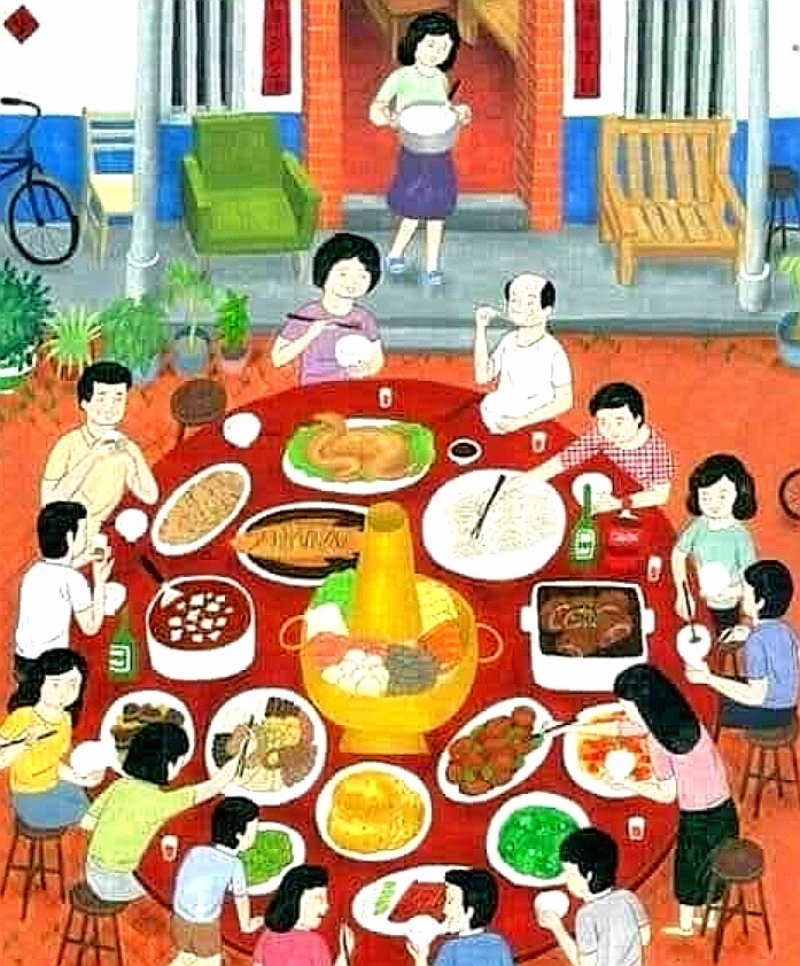 Family members would gather for the grand CNY Eve dinner.

As they came to our houses, we in turn visit them in turn during their respective festivals of Hari Raya, Deepavali, Gawai and Christmas.

This part of celebrating our festivals has not changed an iota to this day – it is indeed a blessing and we are so very fortunate that it has remained so.

When we use the term ‘the good old days’, we often mean the days of yore when we were a lot younger and less knowledgeable of the world as we know it today – it was good because in a sense, we were still innocent to so many things; we haven’t yet seen the uglier side of life, the political corruption, the evil deeds being done, the various crimes being committed, the events and actions that we have no control over – our days in the ‘Garden of Eden’.

Having grown older, wiser and having lost our innocence along the way, we are no longer in awe of the wonders of the world and the amazing possibilities that life had seemed to offer us when we were a lot younger.

All that’s left with us are memories, and we’d rather that we remember the good ones and just delete, trash and totally forget the bad times, the negative experiences, the sad losses and the many tragedies that life has thrown at us.

I leave you with this wonderful quote.

“Sometimes, you will never know the true value of a moment until it becomes a memory. Life brings tears, smiles, and memories. The tears dry, the smiles fade, but the memories last forever.”

May God Bless you with wonderful memories and may your good old days always be there to console, comfort and remind you of who you once used to be, are now, and will forever be.