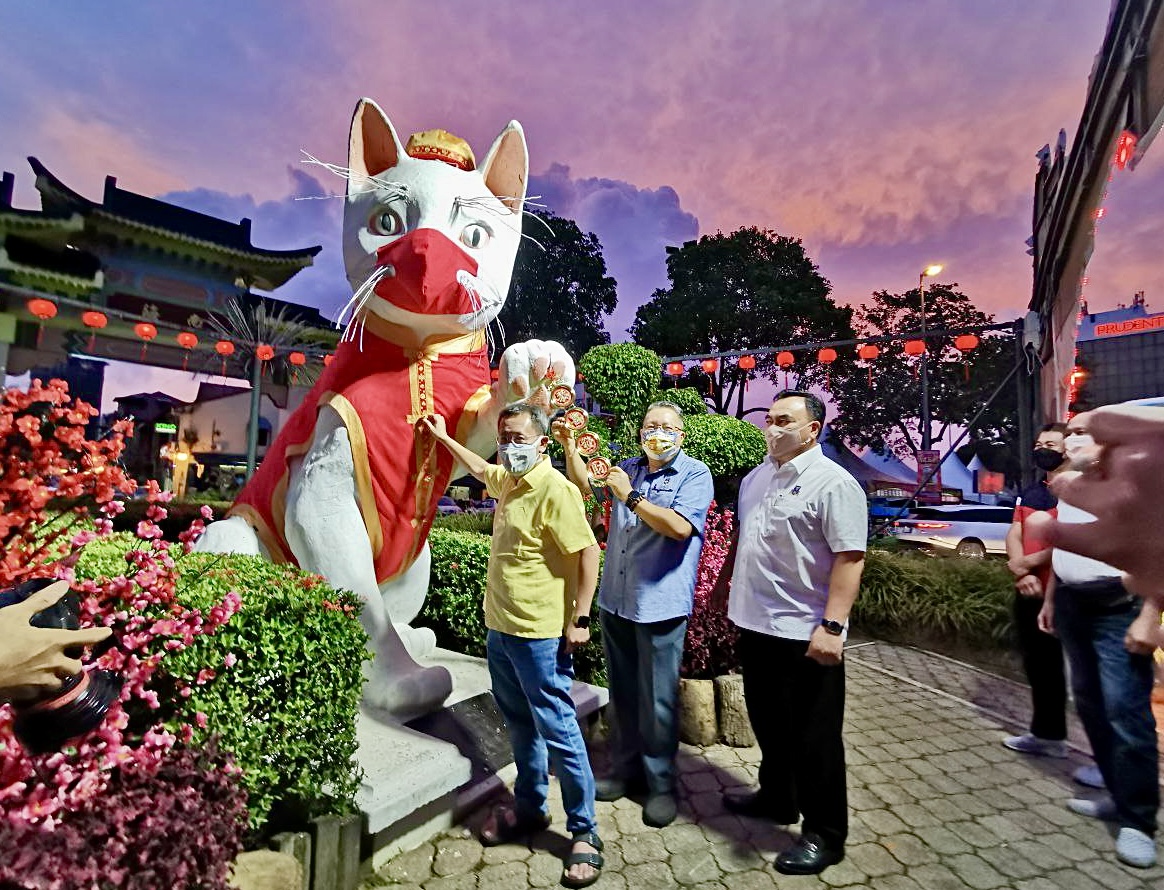 “With many people coming back from Peninsula Malaysia and Singapore, I urge everyone to exercise extra caution and make sure we all don’t bring the Omicron variant back to Sarawak and to our immediate family,” Dr Sim said.

He said this tonight after the symbolic lighting-up of the white cat statue in Padungan here for the Chinese New Year festival, which was also attended by Kuching South City Council (MBKS) mayor Dato Wee Hong Seng. 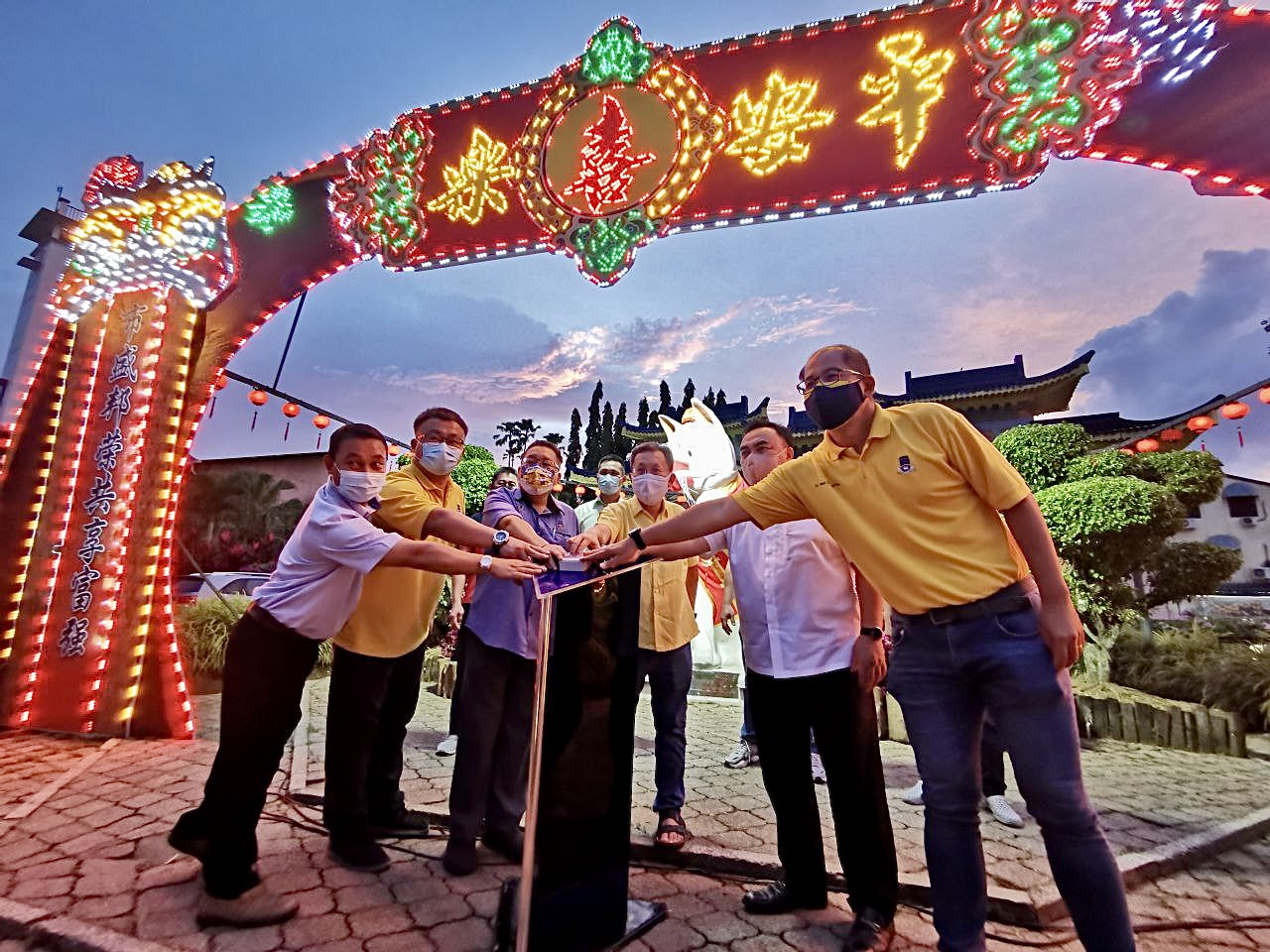 Dr Sim (third right), flanked by Wee (his right) and MBKS deputy mayor Hilmy Othman, pose for a group photo with councillors when symbolically lighting up the White Cat statue in Padungan tonight for the festival. — Photo by Roystein Emmor

He pointed out that those returning from Singapore understandably found themselves in a more stressful situation, since the city-state had been reporting over 1,000 new cases daily with the majority of them being the Omicron variant.

On the other hand, he said the recent tally of new daily infections in Sarawak has been low due to the public proactively practising self-testing instead of heading to the nearest hospitals or clinics for a PCR test.

“Previously, most of us underwent a PCR test (at hospitals or clinics) to determine whether we have contracted the Covid-19 virus. Now, we opt for self-test kits and that’s part of the norm in living with the virus,” he said.

He remarked that as more people practise self-testing and self-quarantine, that data was not captured by the central agency for Covid-19 cases tabulation unless the patient’s situation worsened.

However, he stressed that the elderly and individuals classified as high-risk must continue to stay wary of the pandemic as they are exposed to considerably higher risk of being hospitalised from the Omicron variant.

The Minister of Public Health, Housing and Local Government opined the Covid-19 situation for the state this year was still under control so far, compared to the 1,600 deaths last year directly caused by Covid-19.

There were also another 2,300 deaths last year of patients who were diagnosed with Covid-19 but died of other illnesses.

Having said that, Dr Sim asked members of the public to continue to adhere to the standard operating procedures (SOPs) issued by the authorities and to practise self-testing in keeping the Covid-19 virus at bay.

Meanwhile, Wee hoped more Chinese New Year bazaars could be organised next year as half of the over 180 applications received for stalls opening at the festive bazaar at Kenyalang were rejected due to SOPs compliance and social distancing.

“Despite the restrictions imposed due to the pandemic, we hope to still be able to create the festive ambience for the public even though we cannot have large-scale celebrations.”

Wee added that festive decorative lightings had already been put up at Stutong, Petanak and Kenyalang markets.

Furthermore, the city mayor also asked the public to pay attention to the SOPs when carrying out their festive shopping and he hoped to see more festive decorations put up next year when the pandemic is over.

Dr Sim also thanked MBKS for continuing its annual tradition of putting up festive lights in conjunction with the auspicious celebration and providing memorable festive decorations for the public.