Tuesday, May 24
You are at:Home»News»Sarawak»Chong: Govt acquired land in Muara Tebas in 2019 with no explanation, compensation 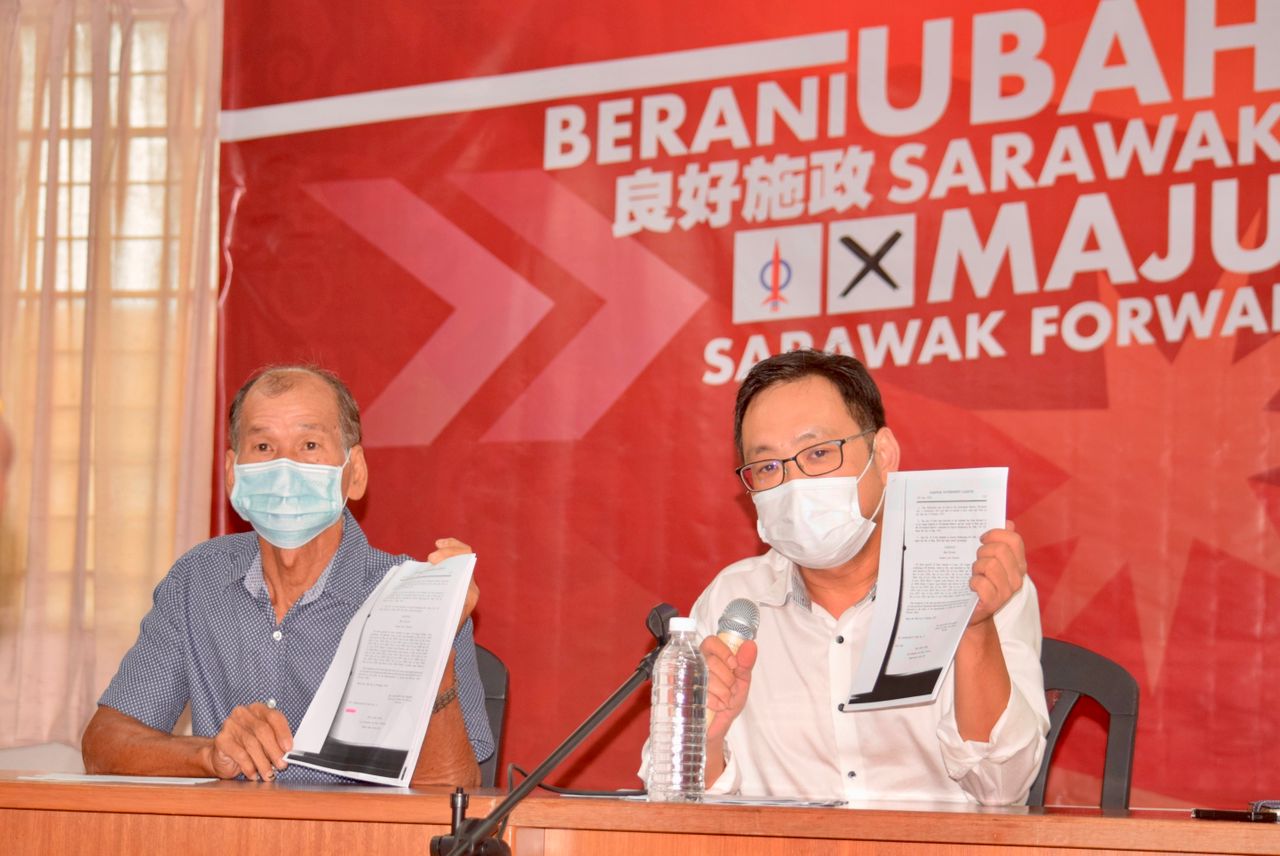 Chong (right) showing the relevant sections in the Land Code. Beside him is the land owner Then. – Photo by Roystein Emmor

In a press conference today, Chong said one of the land owners, Then Sam Yun, had in May 2019 discovered that the Land and Survey Department had made a declaration under Section 48 of the Land Code which affected his intention to sell his land.

He explained that Section 48 was declared when the government intended to acquire the land for public purposes.

“Notwithstanding the Section 48 declaration on the land back in 2019, no notice was served on Then or any of the co-proprietors on the intended acquisition of the land.

“With the Section 48 declaration, the land owners have since then been denied their rights to use, develop or even dispose of the land. Yet the land owners are not paid compensation rightfully to them under the law,” he said.

Chong said such non-action for more than 30 months after the declaration contravenes the provisions of the Land Code in relation to the compulsory acquisition process.

“It also defies the protection provided under the Federal Constitution in respect to the rights of a property owner over his property. Under our Federal Constitution, the government cannot just deprive the land owner of the use of his land without reasonable compensation.

“And now the state government by virtue of the Section 48 deprived the rights of the land owner of the use of his land without compensation,” he said.

Chong said a letter had been sent to the Land and Survey Department yesterday calling on them to proceed with the compensation process or to revoke the said declaration.

“You cannot just leave it there with no timeline or deadline of when the compensation will be paid,” he said.

Chong said on further investigation with the department, it was found that not only Then’s five acres were affected and that there are about 400 acres in the area were subjected to the declaration, involving a total of 66 parcels of land.

“The land owners are deprived of the use of their land without compensation. Their rights over their land are affected. I call on the government to act fairly, justly and constitutionally,” he said.