Monday, May 23
You are at:Home»News»Sarawak»Pan Borneo Highway: Nyabau interchange opens to public 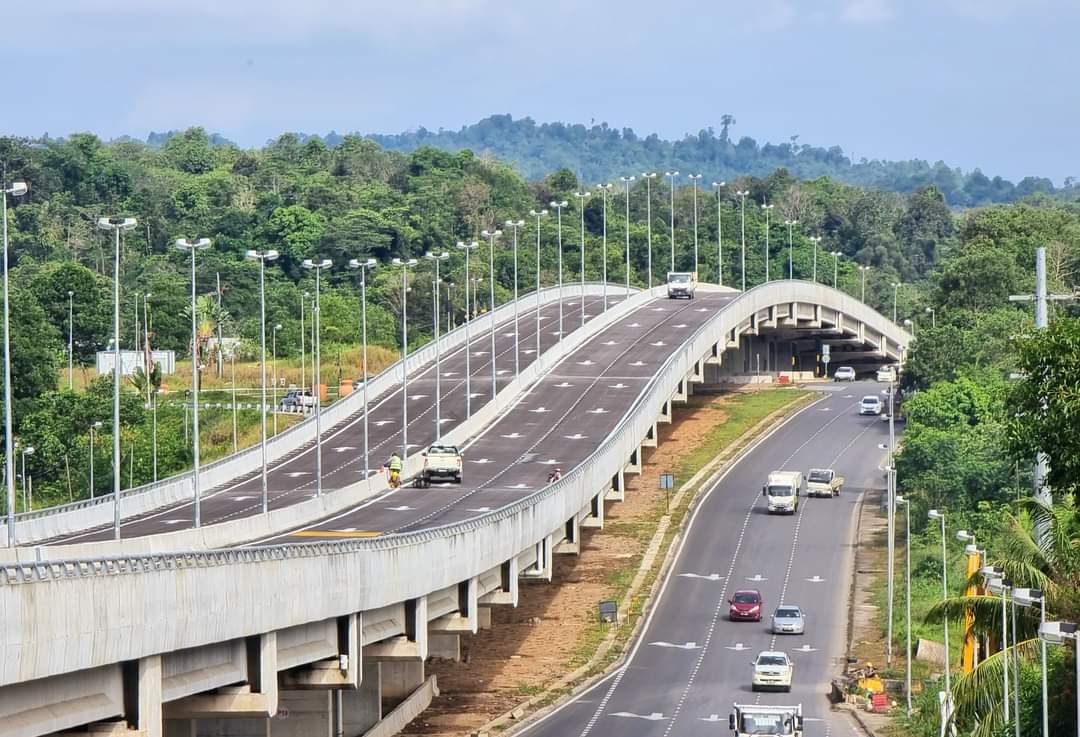 The Nyabau interchange is now open for motorists.

The interchange would serve to ease traffic flow between Sibu and Miri.

Thus, motorists are advised to drive carefully and to adhere to the 60 kilometres per hour speed limit when using the flyover.

The public are also reminded against loitering or stopping, not engaging in vandalism, illegal racing, walking or jogging on the flyover for their own safety.

Road users are also advised to plan their trips in the areas involved with Pan Borneo Highway construction work.