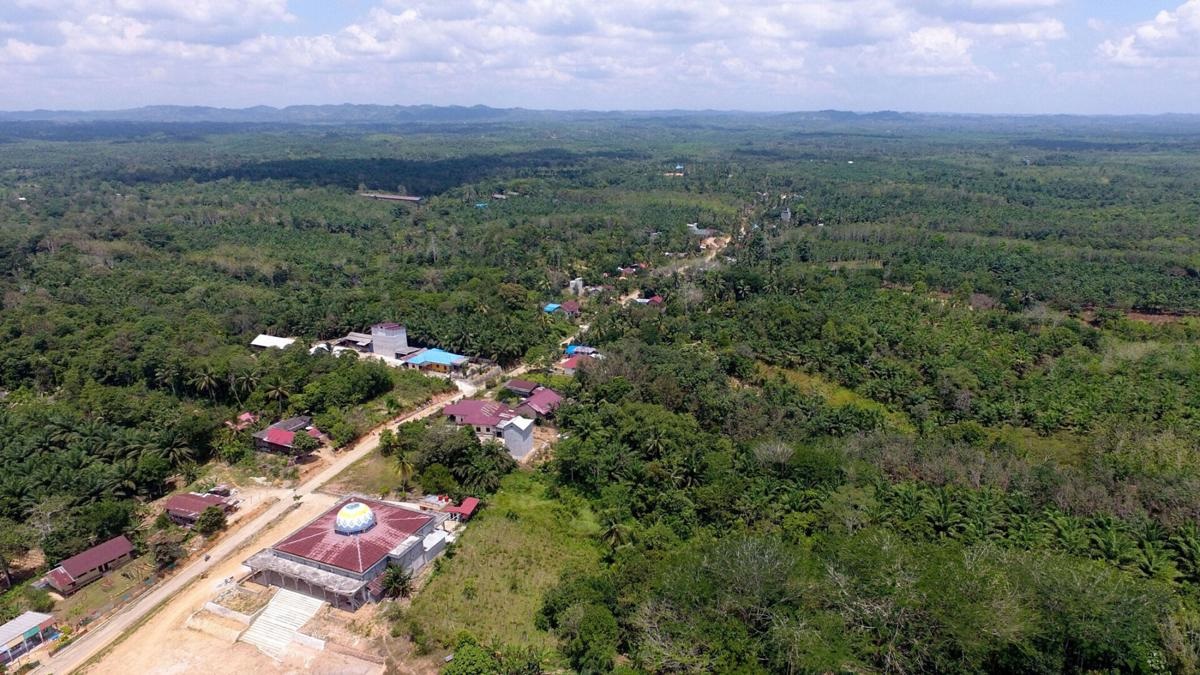 An aerial picture taken on Aug 28, 2019, shows a view over Sepaku, where President Jokowi has announced where Indonesia’s political hub would be relocated to. Indonesia has named its new capital Nusantara, as lawmakers approve the shift from Jakarta to Kalimantan. — AFP photo

SOMETIME in 1979, I was one of the delegates representing Malaysia at the Asean Conference on Land Settlement held in Solo, Surakarta. The post-conference workshop was to be conducted in Samarinda in East Kalimantan.

Before that, I had never been to any other part of the Indonesian Borneo except Badau and Pontianak, so I could not wait to participate in the workshop and, if time permitted, see places of interest around the city.

Among the Indonesian delegates, the subject of a new capital for their country cropped up during discussions on the subject of land settlements. Even the tour guide showing us around Jakarta was saying, with a chuckle, that the city was ‘slowly’ sinking – obviously, he was trying to be humorous.

No joke that! That’s one of the obvious reasons why Indonesia needs a new capital city elsewhere.

There are other reasons, of course. Indonesian planners want to make the new capital a ‘smart city’ in order to attract foreign investments and in the process, to ease up a bit of the congested Jakarta, by moving many families to Kalimantan – a form of transmigration.

You should see the artist’s impressions of the project – a ‘City in the Forest’. It’s out of this world!

I am told that Jakarta would become the ‘Culture Capital’, and ‘Nusantara’ would be the ‘administrative capital’. Ministries and major central government departments would be relocated there. Civil servants and other supporting personnel would be transferred there and s they choose, they may live there after retirement.

Foreign missions of many countries accredited to Indonesia would move their embassies and consulates to the new capital in order to be nearer to the political heartbeat.

I don’t know if Malaysia plans to buy land and build our embassy and consulate there. Better be quick before land prices are going.

Big foreign commercial houses would have their outfits there. In 10 or 20 years’ time, that part of Borneo would be transformed into a modern metropolis.

It must have taken years for the Indonesians to plan and brainstorm the merits and demerits of the whole project: feasibility studies were carried out on all aspects of the project such as its impact on the environment and the local human habitation in the short and the long terms.

Many non-governmental organisations in Indonesia have also been examining the socio-economic aspects of the project.

The creation of a new capital costing billions of rupiah is a project that places a heavy burden on the economy of a country in which millions of people are still poor. However, all these issues and priorities must have been fully considered by the planners, and the statesmen know of the consequences of failure. It is a long-term project – time to adjust and improve as time goes on.

Sukarno would have been pleased had he been around. He proposed to have a future capital of Indonesia in Borneo, though he had earmarked a site for the capital in Palangka Raya in Central Kalimantan.

Current Indonesian President Joko Widodo has shifted this a little to the north, nearer to Samarinda.

Picking a site in Kalimantan has not been without controversy among the Indonesians, but we need not go into this controversy — none of our business.

Indonesians have been given time and opportunity to discuss the pros and the cons of the project.

Finally, the Jokowi’s administration made up its mind. Early this month, it was announced that the President of the Republic had endorsed ‘Nusantara’ as the name of the country’s new capital.

Look at a map of Borneo, and zero in to East Kalimantan. The hotspot is between two regencies: North Penajam Paser and Kutai Kertanegara. Historically important, this whole area occupies what many historians believe to be the site of the first Hindu kingdom in Borneo before it was taken over by the Muslim Sultanate of Kutai, then by the Dutch, before it became part of the Republic of Indonesia.

The new capital has created some interest in Malaysia, especially among the politicians in Sabah and Sarawak. They are wondering if there is any opportunity to seize there by the businessmen from Sarawak or Sabah.

By the time the capital is completed and functional, many people from other parts of Borneo may like to travel to Nusantara, by road via Lubok Antu/Badau or Biawak/Aruk, or from Lawas (once there is a ‘motorable’ road through that part Sarawak), passing through various places of interest that they have not seen before.

During the construction for the new capital, what can Malaysian architects, road builders and businessmen, in general, do there?

Not much; the Indonesians have got all these fixed. Serious building or road contractors from Peninsular Malaysia and other countries have joined forces with their Indonesian partners, even long before the name of the capital was approved.

By road or by air, we’ve missed the boat!

What do Indonesians want to buy from Sarawak anyway? Maybe electricity from our hydropower dams in Sarawak?

I don’t know if anything concrete plan had been worked out in this regard between interested parties.

The best thing to do is to explore the market first. Sarawakians and Sabahans combined could pay a few visits, to explore possibilities in terms of market for our products there. Find out what the Indonesians there need from us in the short and long terms.

Needless to say, shrewd businessmen may have done all this survey already. They are smarter than any desk-bound columnists.

Once the threat from Covid-19 is over, we can expect that many people from other parts of the world would like to see this new capital; so travel and hospitality business comes to mind. Here is an opportunity for people in the hospitality business in Sarawak and Sabah to excel – devise a ‘Borneo Tour’ that includes Nusantara. Air connection should be first-class by then!

Be advised, however. Serious business people should familiarise themselves with the relevant laws and regulations of Indonesia, including business customs or norms, before concluding agreements or contracts. Get as much information as possible from the locally- based Indonesia’s Consulate in Kuching. If you go via West Kalimantan, call upon our Malaysian Consul there for more information.

Kuching will be a busy transit point for travellers via Kuala Lumpur and Singapore.

Overnight stops would help our local hotel industry and food stalls to flourish. For this reason, our tour promoters and the airlines would have to encourage visitors to stop over in Kuching for a night or two before they fly to Banjarmasin, or Balikpapan, or Samarinda.

I can’t wait to join in any tour to Nusantara.