Tuesday, February 7
You are at:Home»Columns»Nature Matters»‘Tiger, tiger, burning bright, in the forests of the night …’
For the freshest news, join The Borneo Post's Telegram Channel and The Borneo Post on Newswav. 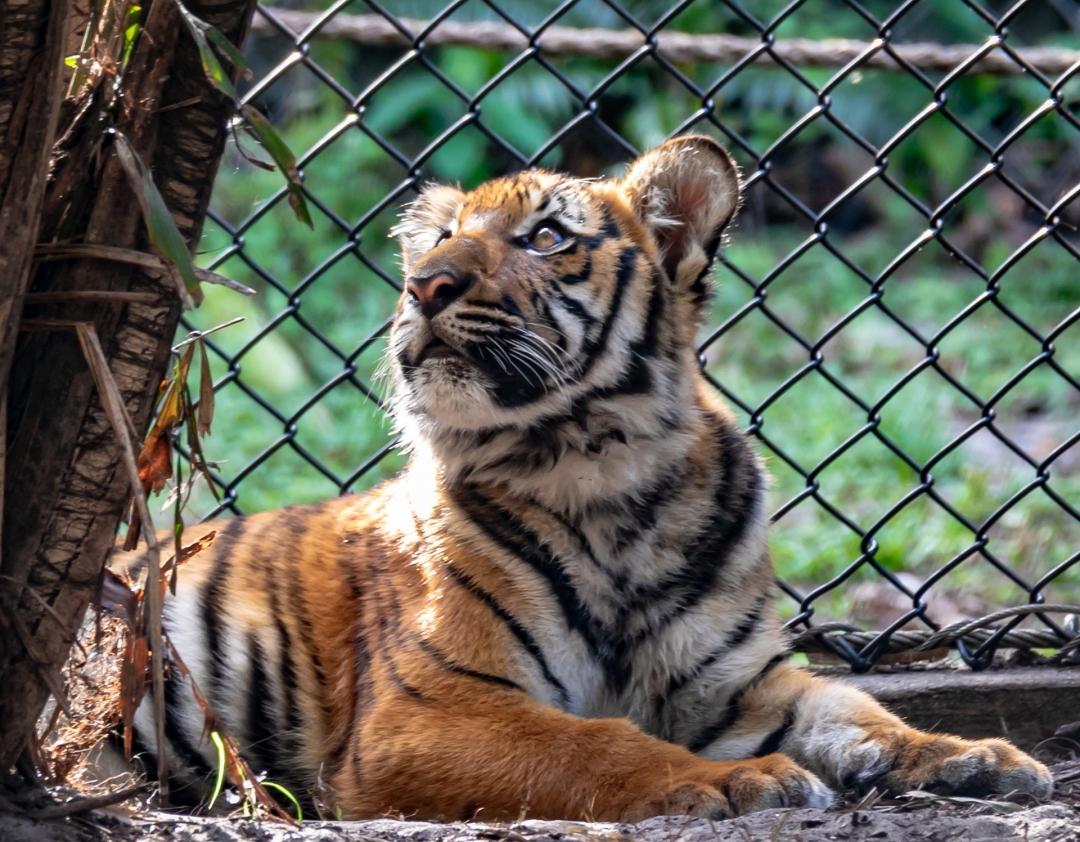 Malayan tigers have been recorded with one to three cubs in a litter. – Photo from Pixabay

DID you know that we have a tiger species peculiar to Malaysia? Featuring on the Malaysian coat of arms and also that of Singapore as well as the nickname of the Malaysian football team, this Malayan tiger takes pride of place in our society. The Royal Malaysia Police and the Malaysian Football Association boldly exhibit the tiger, known for its strength and bravery, on their official badges. Welcome to the dawning of the Chinese New Year, the Year of the Water Tiger!

It is said that people born in the Year of the Tiger are brave, competitive, unpredictable, and confident – all characteristic features of the animal. They can also be charming and well-admired by others but they can also be impetuous, irritable, and overindulgent! With stubborn personalities and somewhat judgemental, they are hardworking and express themselves boldly. They seldom rescind on what they say and handle unforeseen matters competently and swiftly leading from the front. The Water Tiger, in particular, possesses a strong sense of self-esteem and learning ability. What of the real tiger?

Panthera tigris malayensis or Panthera tigris jacksoni is one of six subspecies, identified four years ago by a genetic study, of the Panthera tigris tigris population. The Malayan tiger once roamed Singapore. Owing to fatal attacks on agricultural workers there, these animals were shot and cleared from the island in the 1950s.

Two decades ago they were found in agricultural areas and in palm oil plantations in Johor, Kelantan, Pahang, and Terengganu and in river areas in these states and Perak. In the 1950s there were over 3,000 of these animals in Malaysia, but sadly, in 2021, it was estimated that only 200 to 250 were living in the wild comprised of about 120 breeding adults.

Suffice it to say there are no known Malayan tigers in Sabah and Sarawak. That said, Robert Shelford, a former Director of Sarawak Museum, in his posthumously published book in 1916 entitled ‘A Naturalist in Borneo’, recorded that a tiger’s skull was present in the Singgi village Chief’s house and “was regarded as a potent charm”. He went on to write that, “The skull is of an unknown antiquity; there is, however, no evidence to show that it once belonged to a Tiger indigenous in Borneo.” No doubt, a century later, this skull still holds pride of place in this kampung.

As one of the smallest of tiger species, males average 2.4 metres in length from head to tail and females about 2.1 metres long. In weight terms, males weigh in from 99kg to 136kg and females from 77kg to 108kg. Mostly nocturnal animals, they rely on their superb site to locate their prey. With superb night vision, owing to a structure called the tapetum lucidum at the back of their eyes, they can see their prey, creeping up on it by stealth.

Research has found that a tiger’s vision is five times better than that of humans. Hence perhaps William Blakes unforeseen second verse of his poem, ‘The Tyger’, “In what distant deeps or skies, Burnt the fire of thine eyes.” I well remember learning this poem by heart in my primary days of schooling. 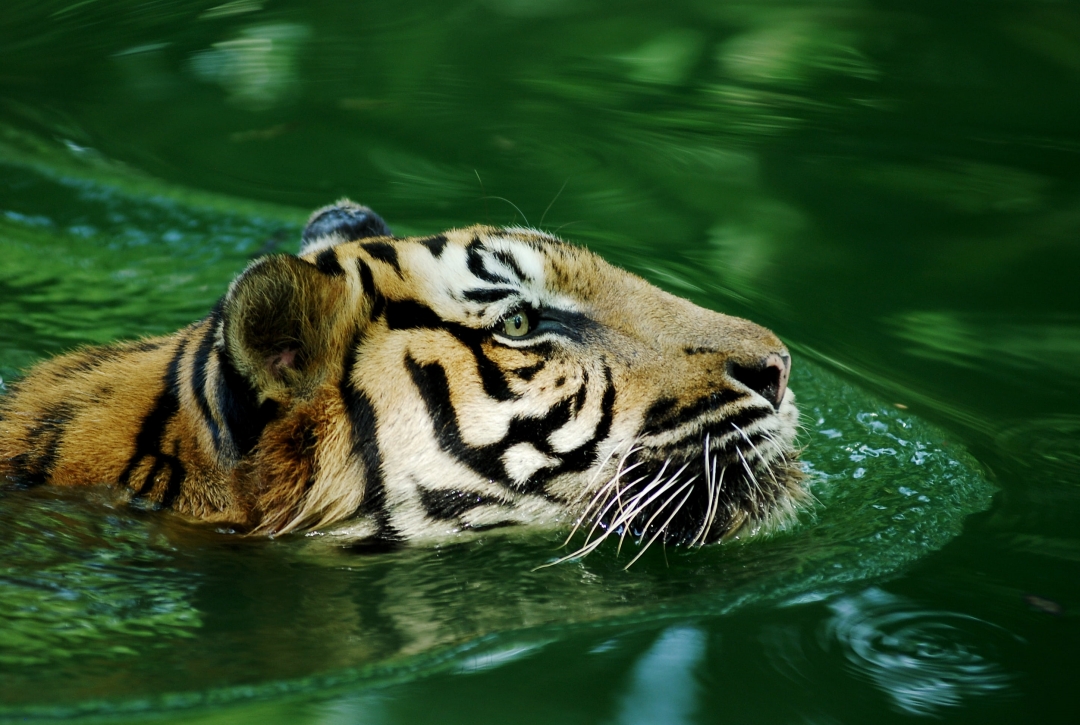 The Lunar calendar will see the dawn of the Year of the Water Tiger on Feb 1. – Photo from HippoPx

They readily prey on barking deer, sambar deer, wild boar, bearded pigs, serow, sun bears, elephant, and rhino calves as well as farmers’ livestock. Wild boar are serious pests in plantations and agricultural land and are 10 times more numerous than in areas where tigers are still present. In Taman Negara National Park, Seladong bulls have been seen to ferociously drive tigers away from their calves. Little is actually known about these tigers’ breeding habitats but images caught on night cameras have recorded one to three cubs in a litter.

Their loss of habitat has inevitably diminished both for themselves and their prey. In Peninsular Malaysia, some 13,500 square km of rainforest was lost between 1988 and 2012. Another 64,800 square km was converted to large scale industrial oil palm plantations and logging activities of which a third were prime tiger habitats.

Tiger parts, coveted in Chinese traditional medicines, have attracted poachers from as far afield as Cambodia and Vietnam as well as more locally from Thailand. Anti-poaching units, based in tiger protected areas, confiscated 1,400 cruel death steel noose snares between 2014 and 2019. Fortunately, the dedicated work of the Malaysian forest rangers in protected tiger-locations, together with law enforcement agencies, are considerably reducing malpractices against tigers and the illegal export of tiger parts. Regrettably, shooting of marauding tigers on farms and in kampungs has also led to a decline in the tiger population.

The Malayan tiger is included in Cites Appendix 1, which bans international trade for since 2015 it has become a Critically Endangered Species. However, all is not lost, for in November 2021 the Malaysian government introduced nine conservation strategies to allow the survival of this animal species. These include the enforcement of patrols and the preservation and conservation of the tiger’s natural habitat with a National Task Force for its conservation. This has been delegated to the Department of Wildlife and National Parks’ Tiger Conservation Unit.

Under the Royal Malaysia Police, its wildlife crime bureau is granted rights for the provision of an accreditation scheme for Malayan tiger habitats. Besides this, cooperation with zoos and university researchers in their studies of the breeding habits of these animals together with the establishment of a Malay Tiger Conservation Centre to acclimatise and accustom these animals before their release into the wild is under way. To assist the wild tiger’s feeding habits a ban on deer hunting has been reinforced.

In the light of the Malaysian government’s plans to assist the survival of Panthera tigris malayensis, I raise a glass of Tiger Beer to not only salute the government for its proactive stance but also to wish all readers ‘A Happy and Prosperous New Year’ in an age of uncertainty.

Congratulations to all families who may bring forth offspring in the Year of the Water Tiger. Fortunately, in both Sabah and Sarawak, we are not hunted or haunted by tigers!