Saturday, October 1
You are at:Home»Sports»21-Slam salute: Who said what about Nadal 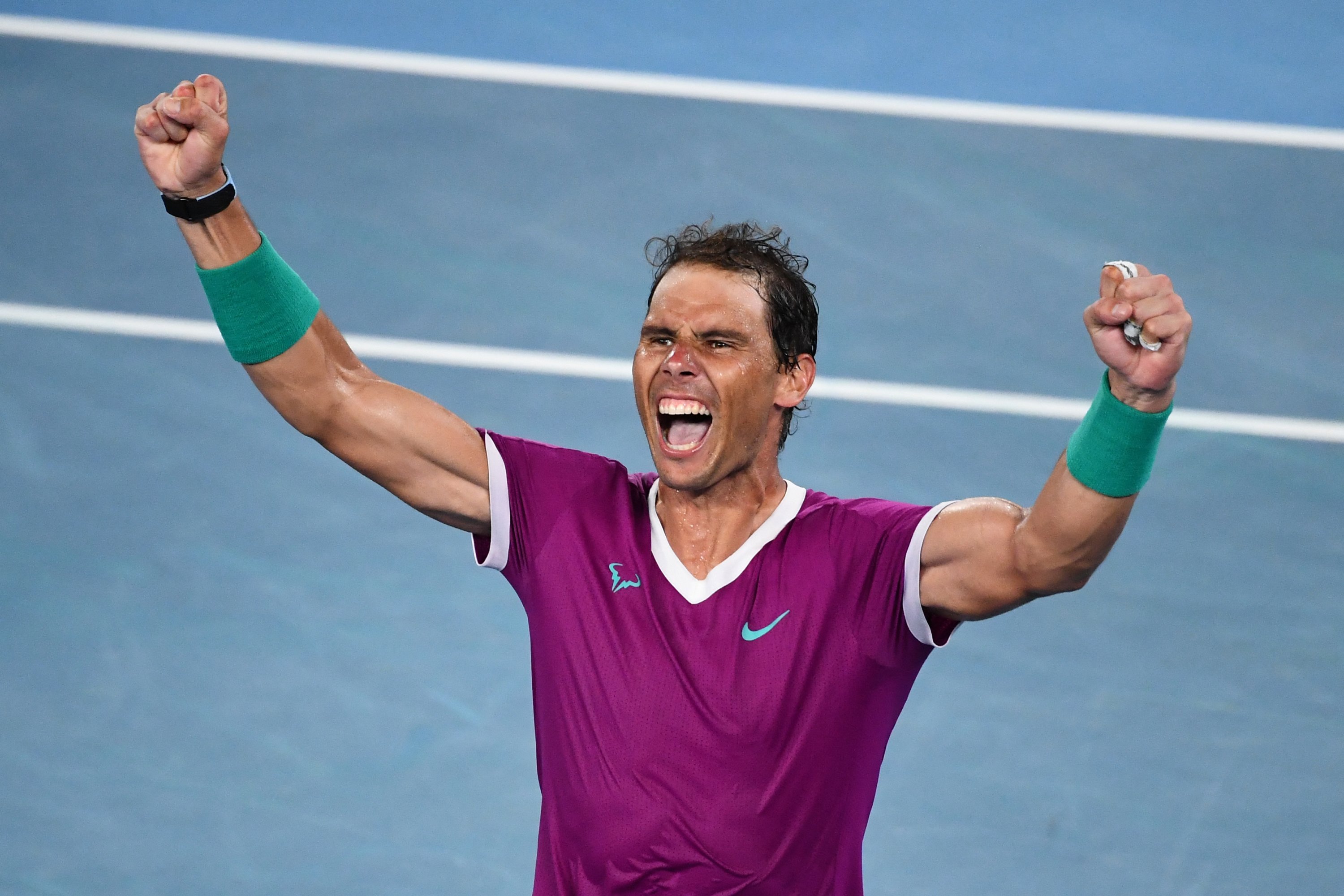 MELBOURNE (Jan 31): Rafael Nadal on Sunday became the most successful men’s Grand Slams player when a second Australian Open gave him a record 21st title, taking him one ahead of Roger Federer and Novak Djokovic.

AFP Sport recalls who has said what about the modest Spaniard in the past two weeks and down the years — and what he thinks of himself:

Before the Australian Open final: “You know, when I was like eight, 10 years old I was playing against the wall and I was imagining that it’s Rafa on the other side. Now I have the chance to play him again.”

After the final: “It’s tough to talk after five hours 30 and losing but I want to congratulate Rafa because what you did today, I was amazed.”

On Instagram after Nadal’s 21st Slam win on Sunday:

“What a match. To my friend and great rival Rafael Nadal heartfelt congratulations on becoming the first man to win 21 Grand Slam singles titles.

“A few months ago we were joking about both being on crutches. Amazing, never underestimate a great champion. Your incredible work ethic, dedication and fighting spirit are an inspiration to me and countless other around the world. I am proud to share this era with you and honoured to play a role in pushing you to achieve more as you have done for me for the past 18 years.

“I am sure you have more achievements ahead, but for now enjoy this one.”

After beating Nadal in five sets in the 2017 Australian Open final: “There are no draws in tennis but I would have been happy to share this trophy with Rafa tonight.”

“The finals were exceptional. Congratulations to Ashleigh Barty for an amazing performance in front of her home crowd and Danielle Collins for an incredible tournament. Congratulations to Rafael Nadal for 21st GS. Amazing achievement. Always impressive fighting spirit that prevailed another time.”

Uncle, former coach and mentor: “He’s never seen a point he’s not dying to win, a ball he’s not willing to chase.”

After a run-in with the Spaniard: “He’s my polar opposite and he’s super salty. When he wins, it’s fine. He won’t say anything bad, he’ll credit the opponent — ‘He was a great player’. But as soon as I beat him, it’s just like, he has no respect for me, my fans and no respect to the game.”

On the debate about who is the greatest of the “Big Three”: “If anyone says I am better than Roger, then he doesn’t know anything about tennis.”

After his 2020 French Open win: “I want to send a message to everyone around the world. We are facing one of the worst moments that I think we remember in this world, facing and fighting against this virus. Just keep going, stay positive and all the very best, together probably we will go through this and we will beat the virus soon.”

After complaining about Nadal’s lack of time violations in their quarter-final last week: “I respect everything that Rafa has done and I think he’s an unbelievable player. But, you know, there’s got to be some boundaries, some rules set. It’s just so frustrating as a player. You know, you feel like you’re not just playing against the player; you’re playing against the umpires.”

During TV commentary: “The guy two months ago didn’t know if he would ever be able to play on the tour again. He and his team were so concerned about his foot and then he goes and plays an exhibition in Abu Dhabi just to get some matches and gets Covid in December. That guy is super human.” — AFP