Sunday, September 25
You are at:Home»Features»‘Keluarga Malaysia’ lion dance troupe all set to usher in Year of the Tiger 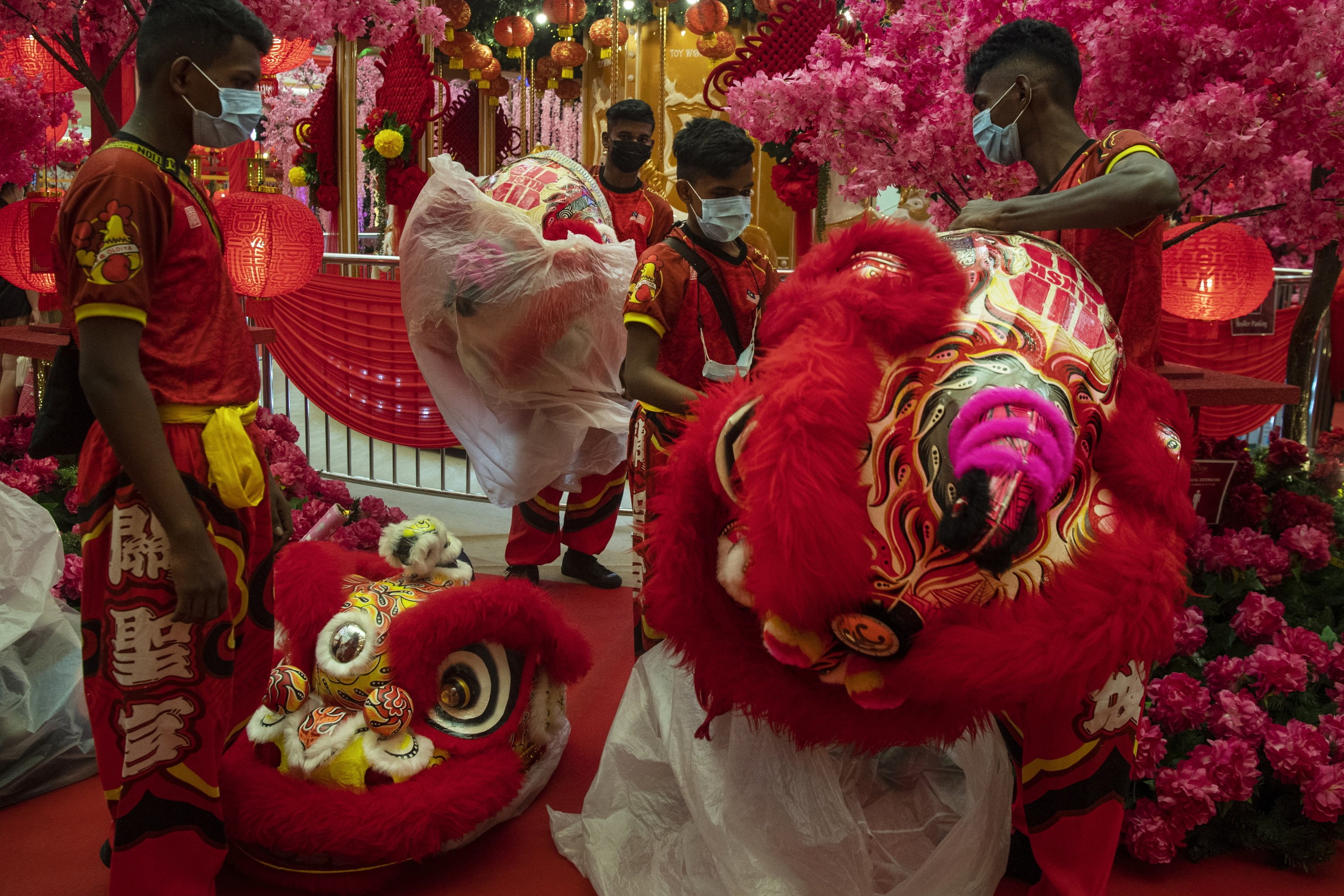 KUALA LUMPUR (Jan 31): Not having performed for nearly two years due to the Covid-19 pandemic, lion dance troupes are raring to mesmerise the public with their endearing acrobatic stunts and moves, accompanied by the pounding of drums and deafening clash of cymbals.

With the government giving the green light for lion dance shows in conjunction with this year’s Chinese New Year, the Kuala Lumpur Kun Seng Keng Lion and Dragon Dance Association’s troupe has been busy since early this month fulfilling invitations to perform at various venues and its calendar is full until the 28th day of the Lunar New Year celebrations, which begin tomorrow.

This is no ordinary lion dance troupe – it is, in fact, an attention-grabber wherever it performs as it comprises multiracial performers.

According to their trainer Yess Cheong, 18 of the association’s 40 members – aged between 13 and 30 – are non-Chinese, comprising Malays, Indians, and Natives from Sabah and Sarawak.

“Every year, we receive requests from students and individuals from various racial backgrounds to join our association,” he told Bernama, adding that their troupe members have been busy undergoing rigorous training for four to six hours a day since November last year.

He said the agile movements, unique acrobatic acts, and drumbeats attracted him to the Chinese cultural art form that is an integral part of the Chinese New Year festivities.

“Five years ago, I happened to watch a lion dance performance in front of a shop during Chinese New Year and I was captivated by the performers who could carry out stunts whilst standing on top of poles.

“I also started watching lion dance shows on television … I particularly like the colourful and unique lion costumes draped by the dancers which help to liven up the atmosphere, especially if children are also there watching them perform,” he said.

He said his interest in lion dance prompted him to look for a sifu or master who could teach him the art, which eventually led him to the Kuala Lumpur Kun Seng Keng Lion and Dragon Dance Association.

Seliva Kumar, who has been with the association for five years now, said prior to a performance, he and his fellow troupe members would have to undergo intensive training for about three months.

He also said he did not mind travelling all the way from his home in Sepang to Kampung Baru Subang, Shah Alam – where the association’s premises are located – for the training sessions with his teammates.

“Before being taught the actual lion dance moves, we are required to learn the technique of beating the drum, gong and cymbal. Our intensive training sessions are also aimed at building discipline and team spirit and creating good chemistry among us (troupe members) as these are the requisites for a good performance,” he added. 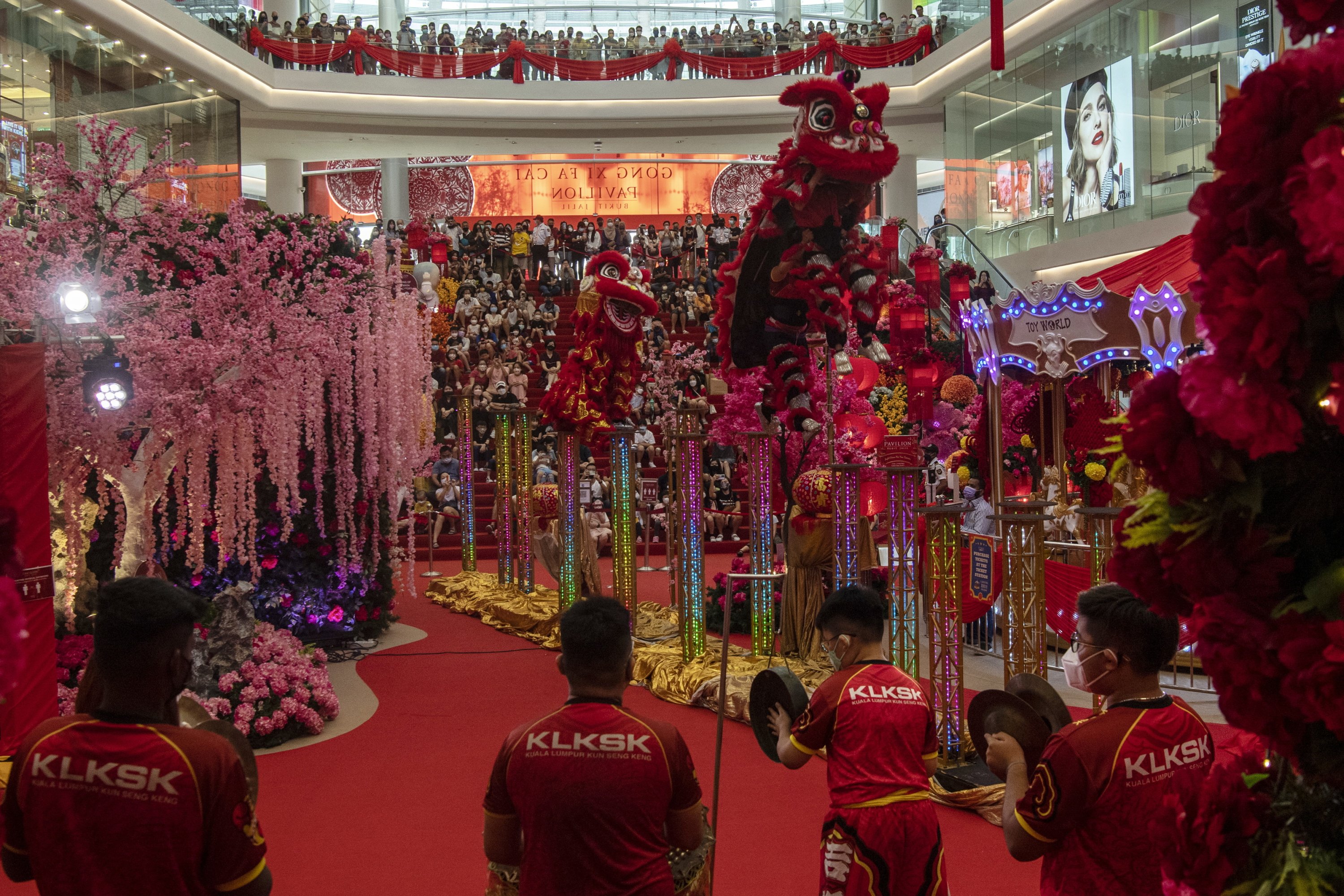 A lion dance troupe performs at a mall. — Bernama photo

Another member of the same troupe N Vinay Raj, 17, a fifth-form student from Subang Jaya, said his interest in Chinese arts and culture drew him to lion dance two years ago.

“In school, I used to enjoy watching my friends performing in lion dance shows as part of their co-curricular activities.

“After I became part of this (association’s) lion dance troupe, I not only learned to perform the lion dance moves and to play the musical instruments concerned but also got to know more about Chinese culture from my teammates,” he said.

Among the challenging acts Vinay Raj and his fellow troupe members do during a lion dance show is performing stunts on top of a 2.5-metre-high pole.

“This requires a great deal of skill as we have to learn to balance our body properly. Just a small mistake can result in an accident,” he said, adding that he and his teammates support and motivate each other all the time regardless of their race and religion.

Their trainer Cheong, meanwhile, said in view of the ongoing pandemic, the biggest challenge for the troupe is observing physical distancing as part of the standard operating procedures (SOPs) to prevent transmission of Covid-19.

“Since our performances require the performers to support each other physically, it’s quite difficult to adhere to the SOPs. So, what we have done now is shorten our performance time at any location to one hour, instead of three hours as was the case before the pandemic,” he said.

Cheong, who joined the association when he was 12, also explained that learning the art of moving like a lion and performing stunts on top of a pole requires constant training to improve one’s physical strength and power of concentration.

“Usually, during a performance, we would have two persons doing the lion dance moves whilst perched on top of poles … one of them would manoeuvre the head (of the lion) while the other person will be at the rear end. It is not an easy act to perform as both dancers must be able to communicate well with each other in order to coordinate their movements,” he said.

Cheong added that the Kuala Lumpur Kun Seng Keng Lion and Dragon Dance Association, which was established in 2012, has participated in 12 national- and international-level competitions, including in Macau, Hong Kong and China.

“Our participation in various competitions has allowed us to pick up new knowledge from lion dance masters from various other associations, which helped us to improve our own skills and rectify our weaknesses,” he said. — Bernama