Tuesday, August 16
You are at:Home»News»Sarawak»Motorcyclist from Permyjaya killed in crash 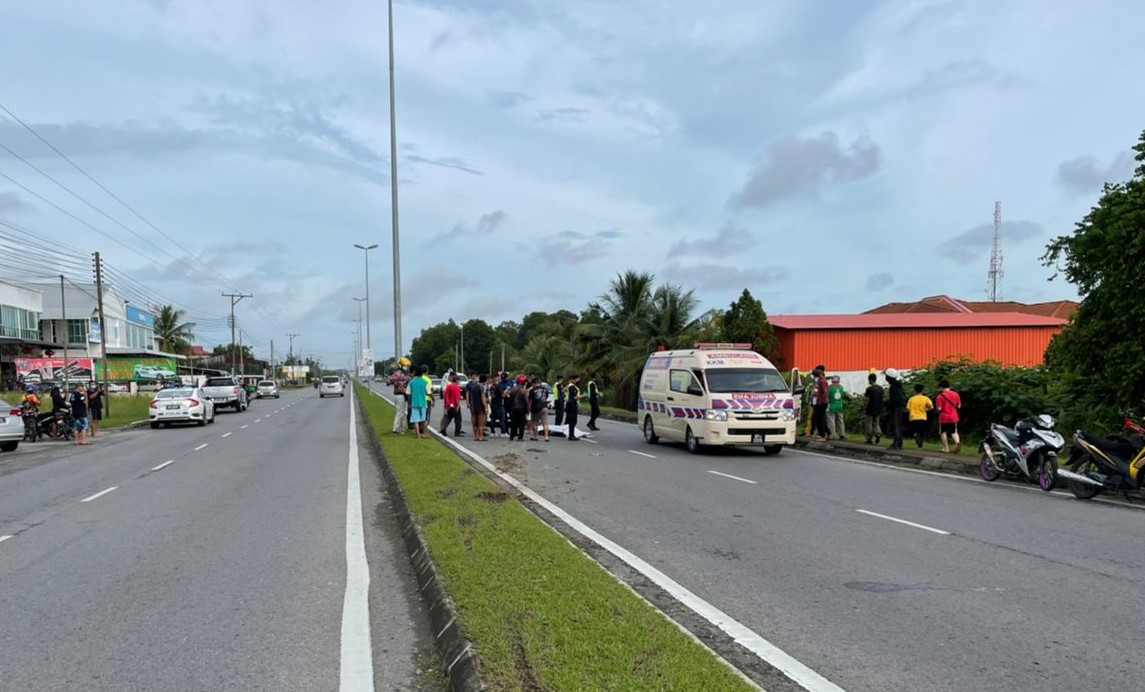 Curious onlookers crowd around the scene of the accident.

MIRI (Jan 31): A 32-year-old motorcyclist was killed in a crash at Jalan Tudan around 4pm yesterday.

“Initial investigation at the scene found that the deceased was heading towards Tudan from the Tudan/Kuala Baram traffic light when he lost control of the machine and skidded before ramming into the road divider.

“This resulted in him being thrown off the motorcycle into the opposite lane and hitting the front door of a pick-up truck, which was heading towards Lutong from Tudan,” Alexson said.

He said medical personnel from Miri Hospital pronounced Sofean dead at the scene.

Previous ArticleAng: Success of vaccine roll out bright spark in gloom of pandemic
Next Article 21-Slam salute: Who said what about Nadal