Monday, November 28
You are at:Home»News»Nation»Bernama denies releasing photo of dog painted to look like a tiger 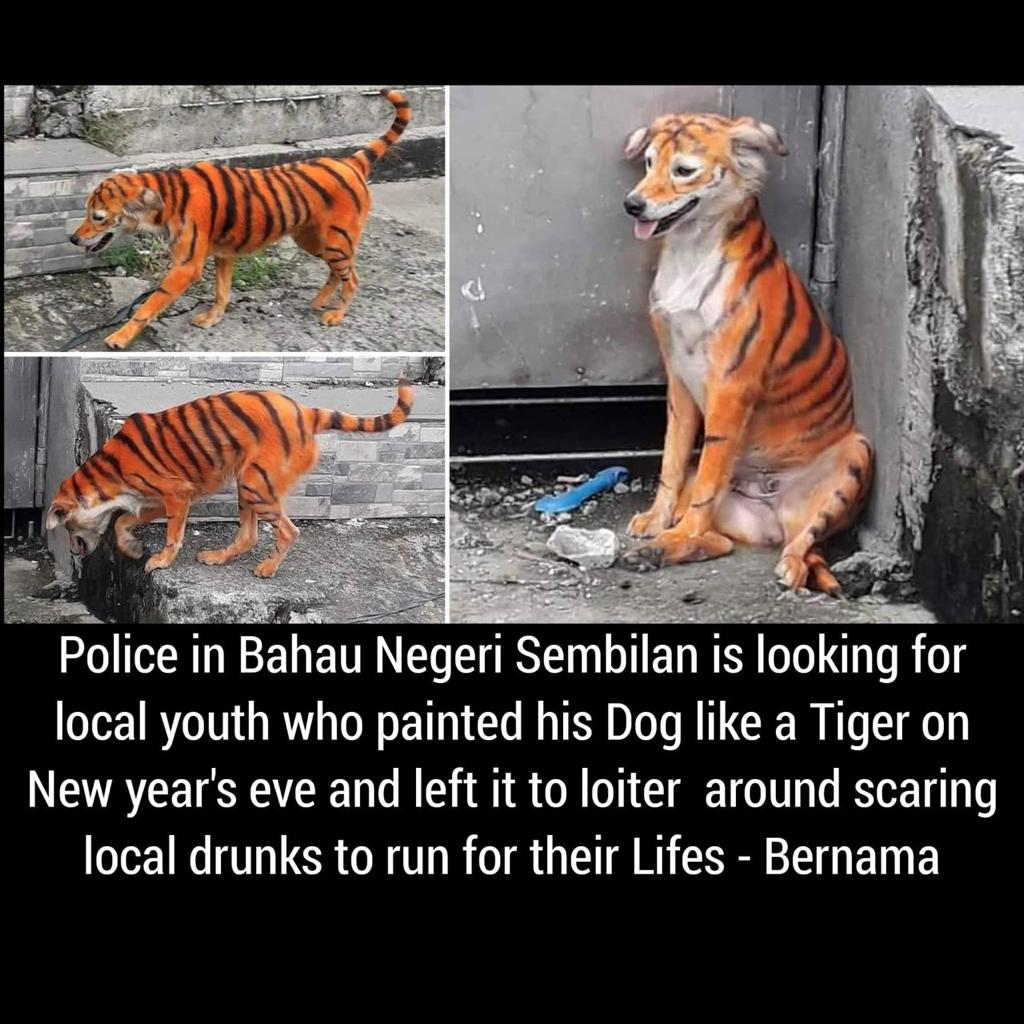 The photo being circulated on social media. – Photo from Whatsapp

KUALA LUMPUR (Feb 2): The Malaysian National News Agency (Bernama) today denied releasing a photo of a dog painted to look like a tiger which has gone viral on social media.

Bernama editor-in-chief Khairdzir Md Yunus said further checks found that the photo was an old photo that had been circulated in 2020.

“Bernama has never released the photo and regrets the action of irresponsible parties who said it was published by the agency,” he said in a statement.

The photo was uploaded on Facebook with an English caption “Police in Bahau Negeri Sembilan is looking for a local youth who painted his Dog like a Tiger on a new year’s eve and left it to loiter around scaring local drunks to run for their Lifes – Bernama” (sic). – Bernama