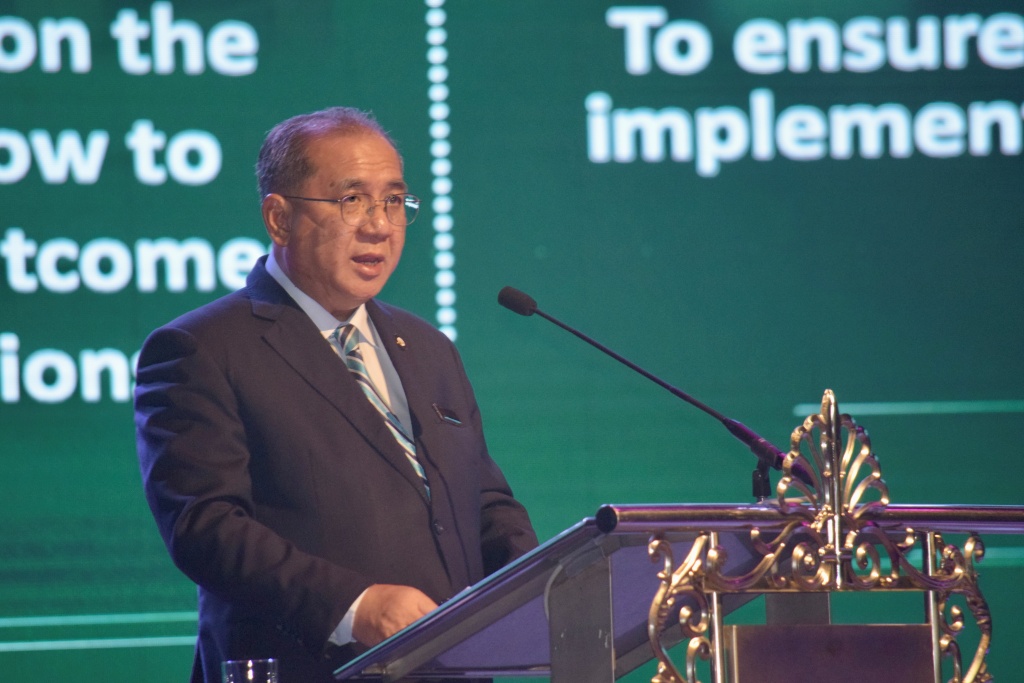 Jaul speaking during the launching ceremony of the Action and Implementation Plan for PCDS 2030 at BCCK yesterday. – Photo by Roystein Emmor

Aside from the blueprint, Jaul said the state was also in the process of establishing the ‘Invest Sarawak’ initiative to facilitate high-value private investments, as well as in line with the role of the private sector being engine of growth for these coming 10 years.

“These initiatives are our commitment to improve business ecosystem, reduce bureaucracy and to adopt new technology to improve service delivery and efficiency,” said Jaul during the launching ceremony of the Action and Implementation Plan (AIP) for Post Covid-19 Development Strategy (PCDS) 2030.

Jaul, who is chairman of the working committee for PCDS 2030, said the ambitious plan will ensure equal development benefits to be enjoyed by all people, regardless of economic background, and expanding basic infrastructure and social services.

Besides, he said the committee will also prioritise environmental sustainability by replanting 200,000 hectares of degraded forest areas and implement Carbon Credit programmes.

“Under the plan, the state will pursue balanced economic growth by adopting a responsible approach in developing our natural resources,” he said at Borneo Convention Centre Kuching (BCCK) yesterday.

“Throughout this journey, over 20,000 man-hours were spent involving more than 1,000 stakeholders from more than 250 organizations, both from public and private sectors.”

To achieve the RM282 billion in GDP, Jaul said the state must grow its economy at an average of eight per cent per annum until 2030.

“We have formulated many major and new game changing initiatives in PCDS 2030 to achieve economic prosperity. These include the of use technology to modernise and scale up our resource-based sectors, attracting quality investments, and develop entrepreneur community.”

He added the state will also create conducive ecosystem for businesses through various initiatives, such as industrial infrastructure development, ease of doing business and attractive incentives for the small and medium enterprises (SMEs).