Tuesday, July 5
You are at:Home»News»Sarawak»Julaihi: 100 pct internet coverage in Sarawak by 2025 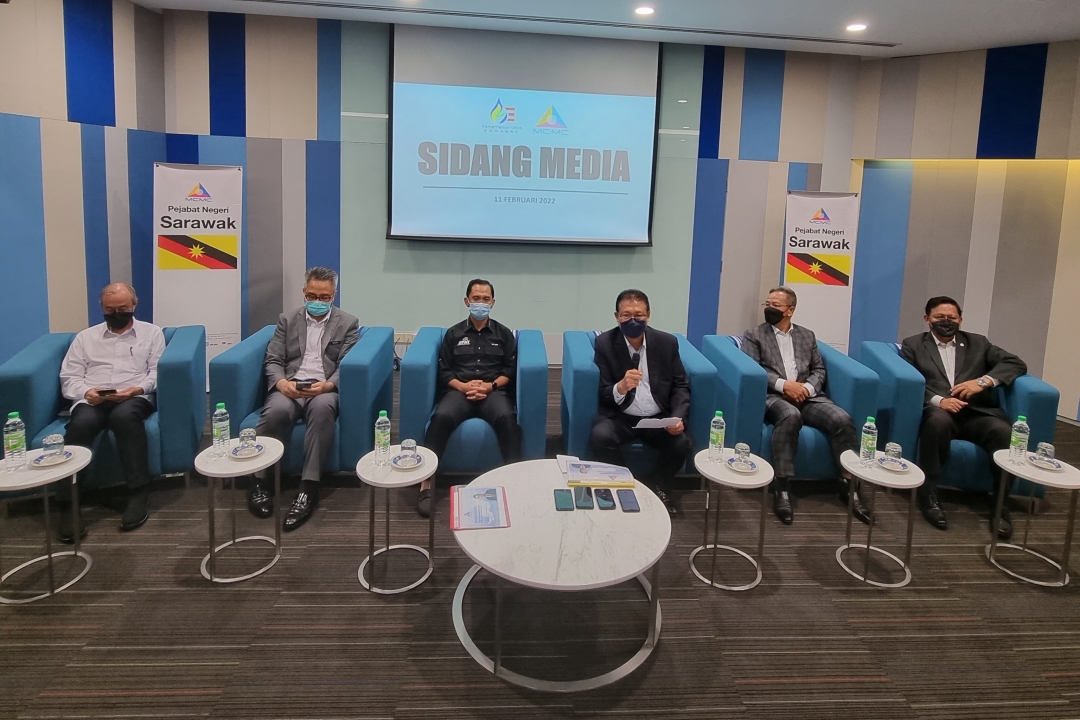 KUCHING (Feb 11): The initiative to achieve 100 per cent internet coverage in Sarawak is extended to 2025, says Minister of Utility and Telecommunications Datuk Julaihi Narawi.

He, however, said the ministry was targeting to achieve this as soon as possible.

Malaysian Communications and Multimedia Commission (MCMC) Sarawak, previously targeted to achieve this by this year end involving an allocation of RM4.09 billion, but could not due to setbacks.

“This is why we extend it to 2025 but the most important thing is to achieve coverage as soon as possible since we have the allocation to build 4G towers,” he told a press conference at MCMC Sarawak office here.

Prior to the press conference, he attended a briefing on the implementation of the National Digital Network Plan (JENDELA) at the office.

Julaihi said the state government had allocated a lot of money for this purpose but due to the unexpected setbacks, and for the fact Sarawak is vast it could not be achieved earlier.

Meanwhile, he said the percentage of 4G coverage in Sarawak’s populated areas had increased to 82.86 per cent in the fourth quarter of 2021.

He said the percentage would continue to increase with the construction of 636 new 4G towers under Phase 1 of JENDELA, and most of it would be set up starting this month.

“Of the 636 towers, 299 have been awarded to the appointed service providers in January, and are expected to operate in the third quarter of 2023.

“The remaining 337 towers will be awarded in March and will take about a year to complete.

“The towers are additional to the 106 towers currently being erected in Sarawak, which are expected to complete by the second quarter of 2023,” he added.

He said another initiative being implemented was the upgrading of 3,014 transmitting stations for 4G network to improve the telecommunication coverage in the state.

Of the total 2,442 have been fully upgraded, while the remaining 572 stations are expected to complete and operate in stages from February to March this year.

“Initiatives to expand the coverage of fibre optic networks are also underway throughout the state.

“As at the fourth quarter of 2021, a total of 76,449 premises have been provided with fibre optic coverage, enabling the people to enjoy high speed connectivity.

“Meanwhile, another 39,647 premises are still in the implementation stage which is expected to be completed and operational by end of this December,” he added.

To overcome the problem of broadband coverage in remote areas, Julaihi said 523 locations had been identified for satellite installation under JENDELA.

He said the facility would allow people in every location to have access to broadband services for free for two years.

“This alternative facility was first implemented in October 2021 and to date, 418 locations have completed installation and are in operation while the remaining 105 locations are scheduled for completion by May this year,” he said.

To intensify digital transformation in the state, 130 Keluarga Malaysia Digital Economy Centres (PEDi) have been established by MCMC to provide ICT-based training as well as training entrepreneurship so that the rural population is able to empower themselves through digital economic activities.

Recognising the importance of PEDi to the rural population, Julaihi said an additional three PEDi centres would be completed and operational by the second quarter of this year.

* A previous version of this story contained an error which has since been corrected.