Tuesday, September 27
You are at:Home»News»Sabah»179 houses at Kudat water village destroyed in fire 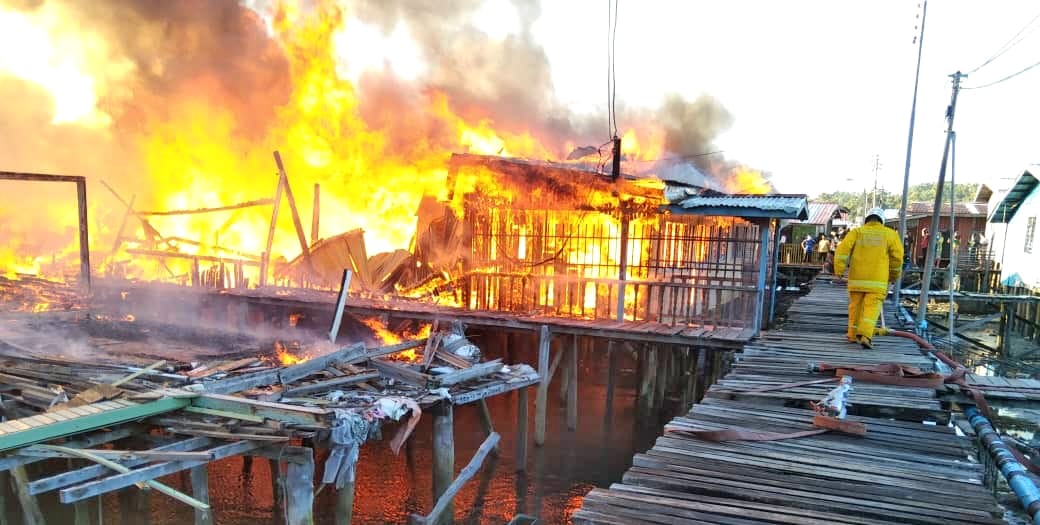 Some 179 houses at a water village in Kampung Landung Ayang Laut in Kudat destroyed in a fire on Wednesday.

KUDAT (Feb 17): Some 179 wooden houses at a water village in Kampung Landung Ayang Laut here were destroyed in a fire on Wednesday.

State Fire and Rescue Department assistant director of operation Misran Bisara said several teams from Kudat and Kota Marudu fire and rescue stations were deployed to the location upon receiving a distress call at 4.26pm.

“The fire is believed to have started from one of the houses and spread quickly as most of them were built close together,” he said.

Misran said it took about two hours for fire and rescue personnel to control the blaze and only ended their operation at 8pm.

“No untoward incident was reported while the cause of the fire and total loss are still under investigation,” said Misran, adding that the victims have been placed at a nearby community hall while some are taking temporary shelter with relatives.