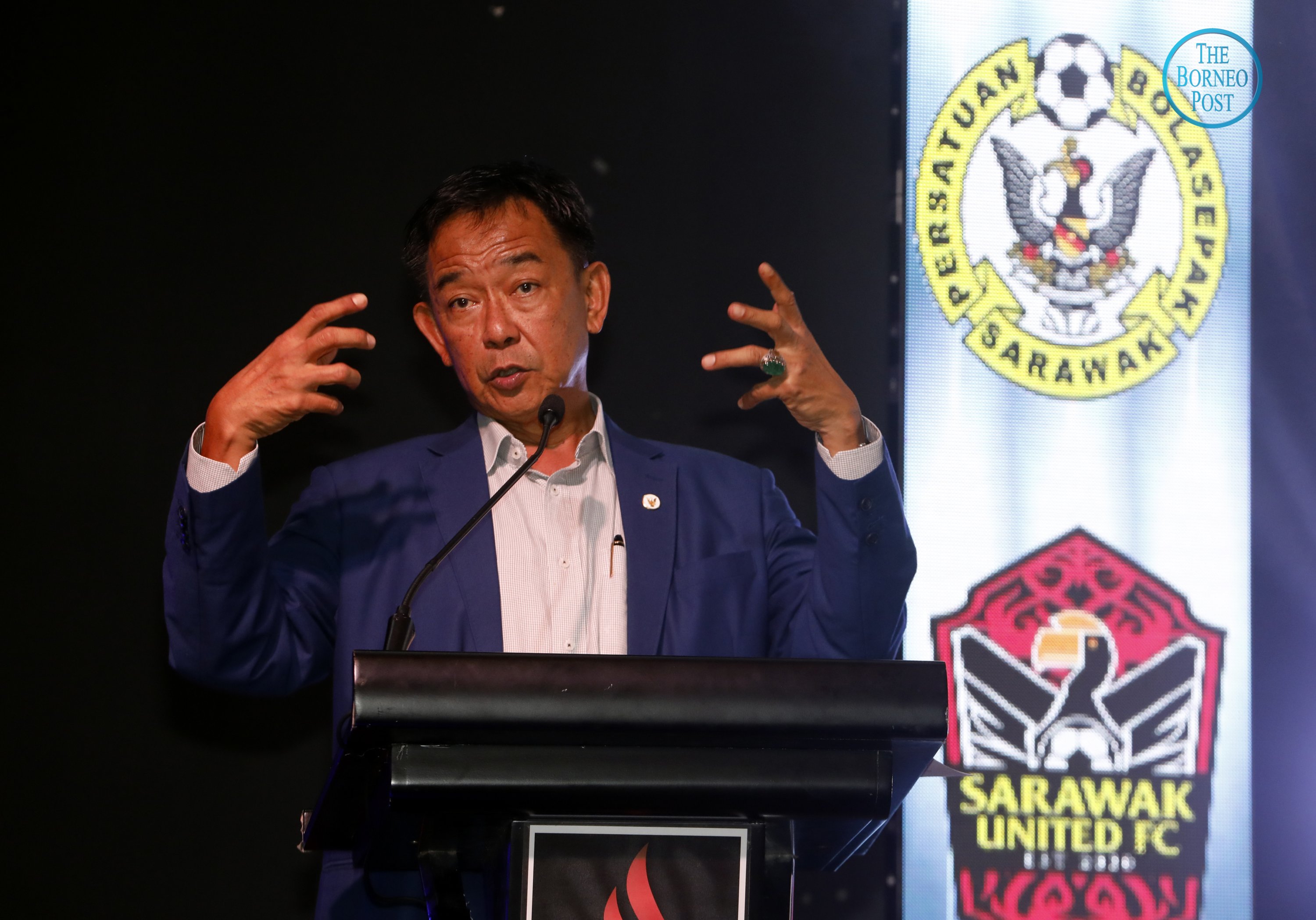 Abdul Karim gestures while delivering his speech. – Photo by Chimon Upon

The Tourism, Creative Industry and Performing Arts Minister suggested Sarawak just needs to retain the title of Governor to reflect its status as an equal partner in Malaysia.

“Yang di-Pertua Negara was only used in Sabah at one time, it never happened in Sarawak. It is too premature for me to touch on that because we have just passed the Bill to change our Ketua Menteri (Chief Minister) to Premier.

“I’m comfortable with Yang di-Pertua Negeri to differentiate it from other states because they (some Peninsular Malaysia states have) got Sultans. When you mention ‘negara’, ‘negara’ means nation. It might not be that appropriate, that’s how I look at it,” he told journalists at an event here today.

“If we have to change it, we can retain the word Governor.”

He said for the time being, Sarawak should retain the title Yang di-Pertua Negeri.

Former Sabah chief minister Yong Teck Lee, who is Sabah Progressive Party president, this week said Sabah should focus its efforts on reverting back to the title of Yang di-Pertua Negera for its head of state in light of Sarawak’s recent constitutional amendment to rename the Chief Minister as Premier.

Yong opined it is time to restore the title of Yang di-Pertua Negara via a state constitutional amendment to reflect Sabah’s status as a nation that formed Malaysia.

On Tuesday, the Sarawak State Legislative Assembly passed the Constitution of the State of Sarawak (Amendment) Bill 2022, changing the title of Chief Minister to Premier.

Article 7A was also amended to rename assistant ministers as deputy ministers.