Tuesday, August 9
You are at:Home»News»Sarawak»Dog attacking folks at ferry point may be rabies-infected, authority suspects 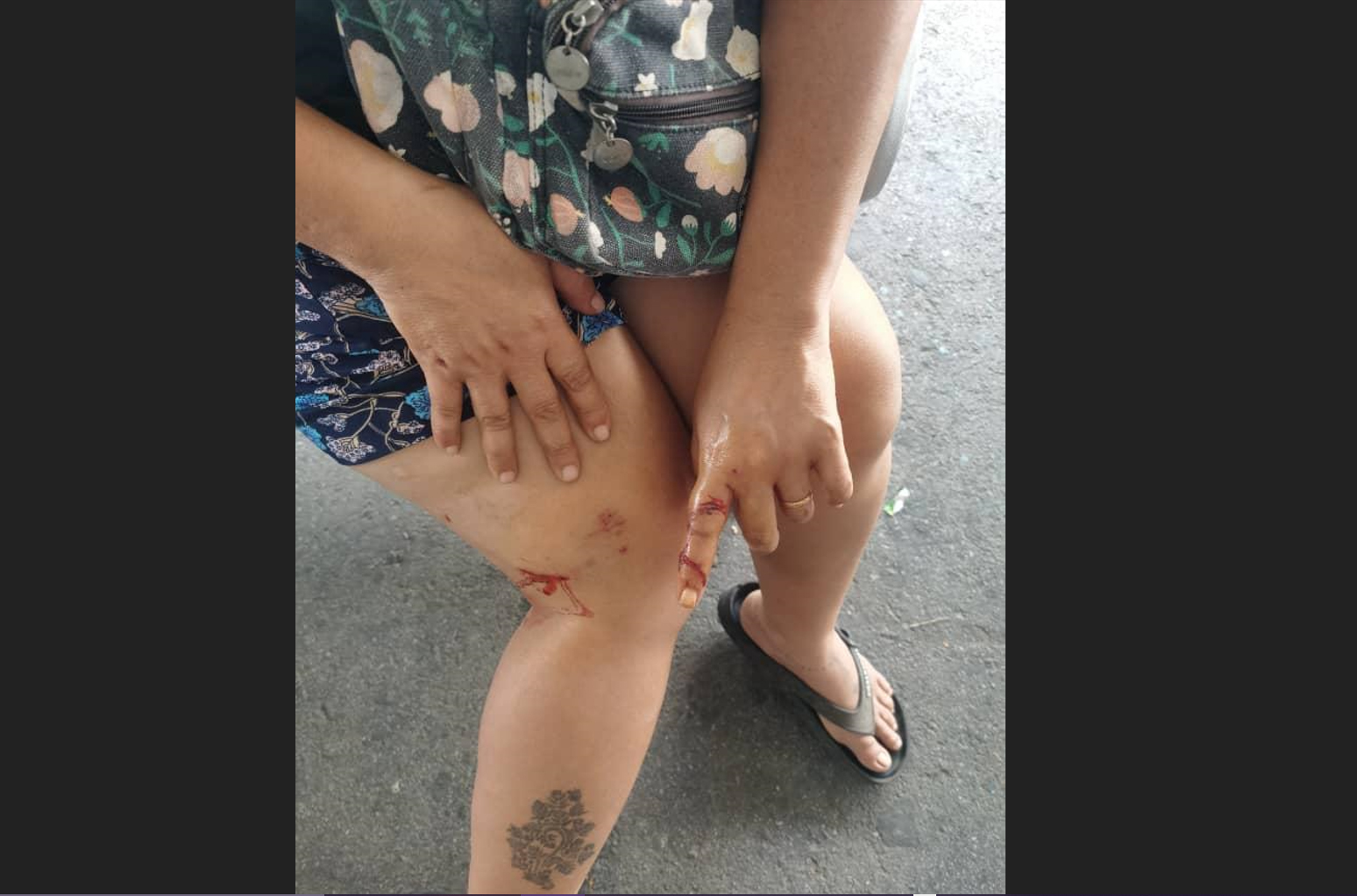 The dog’s owner shows her injuries to the press on Friday.

SIBU (Feb 19): There is a possibility that the dog that attacked the three people at Sungai Maaw ferry point in Sungai Bidut here on Friday, might have been infected with rabies.

In stating this, however, the Sibu Health Office pointed out that the matter would still require confirmation from the Department of Veterinary Services.

“From the way the dog had behaved, it’s possible that it’s a rabid dog, but this needs to be confirmed by the Department of Veterinary Services” it said in a statement today.

Asked if the victims were hospitalised, the Health Office said usually for a dog-bite case, there would be no need for hospitalisation.

“(They would be) treated as outpatients, but they would be given appointments to come for vaccination,” it said.

Asked if the dog was still with its owner, the office said: “In cases like this, the authorities would take urgent action to catch the dog and the (Veterinary Services) Department would test if it’s rabies-infected.”

Additionally, it stressed that the public must be aware of the importance of getting their pets vaccinated against rabies and also to neuter them.

“Don’t adopt strays as pets, unless (they have) been given rabies vaccination,” it advised.

Meanwhile, the Department of Veterinary Services Sarawak (DVSS) director Dr Adrian Susin Ambud said should the result confirm that the dog was rabies-infected, the animal would die within 10 days.

“The owner needs to surrender the dog to the DVSS for testing,” called Dr Adrian.

He also advised members of the public to contact the nearest veterinary office to obtain further information about anti-rabies vaccination.

With regard to making reports about stray dogs, one could utilise the Sarawak Rabies App, downloadable via Google Play Store for Android users, and App Store for Apple users.

Early Friday, a dog attacked three people, one of whom was its owner, at Sungai Maaw ferry point in Sungai Bidut.

The incident, said to have occurred between 7am and 8.30am, left the dog’s woman owner and two passers-by – a teenager and a man, in his 50s – with bites.

The man said he would go the area occasionally and each time, he would see a number of dogs roaming around.

“This (Friday) morning, one of the dogs suddenly went wild and started biting people,” he said.

It was reported that the teenager sustained bite wounds on her fingers, while the woman was bitten on the leg and a finger.

All three had gone to Sibu Hospital for treatment, including getting the rabies vaccine.