Tuesday, February 7
You are at:Home»Columns»Nature Matters»Fantastic foxes – on the ground and in the air
For the freshest news, join The Borneo Post's Telegram Channel and The Borneo Post on Newswav. 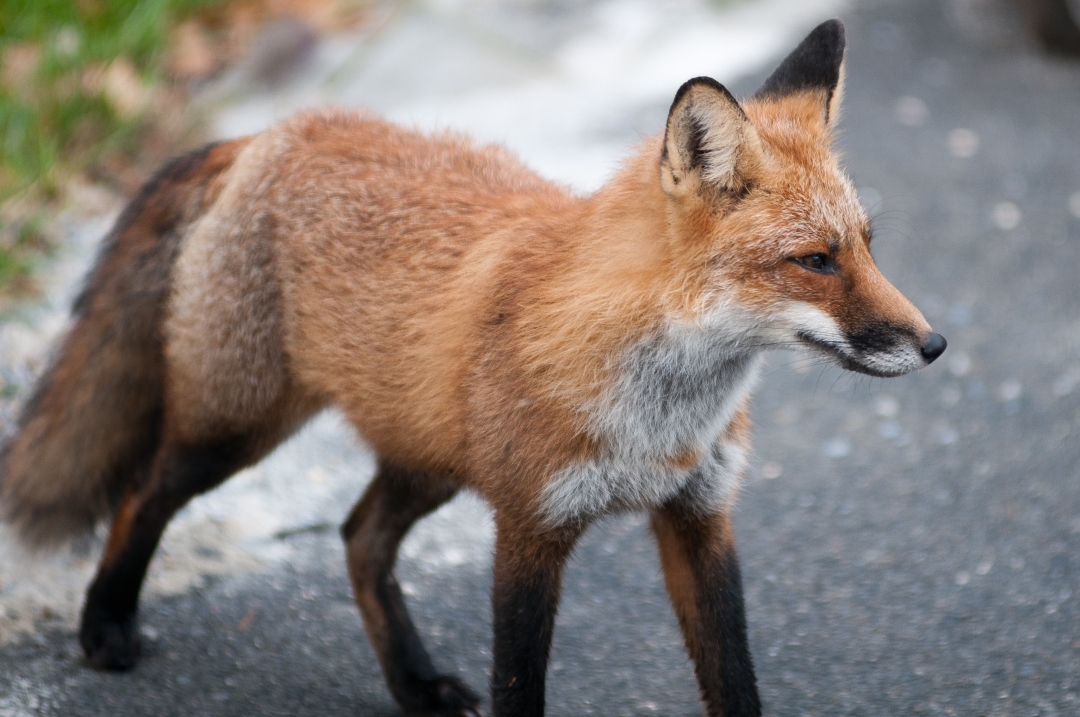 Foxes have adapted well to suburban environments where they scavenge dustbins and other places where food accumulates. – Photo from PxHere

WHEN one thinks of a fox, pictures are conjured up in the mind of a ‘sly’ or ‘cunning’ person. We seldom see foxes in daylight and only occasionally as corpses by the roadside for they are essentially nocturnal animals. That said, it was only very recently while walking my dog in a field one afternoon, she suddenly stopped short as she saw a fox emerging from a river and trot unabashed across the river flood plain.

Many readers, as children, may have read the sixth century BC fabulist, Aesop’s, story about ‘The Fox and the Grapes’, or the more recent Roald Dahl book ‘Fantastic Mr Fox’ published in 1970. Foxes are not carnivorous as was once thought but are omnivorous and readily eat fruit when it is available, hence Aesop’s fable.

This week I shall concentrate on the European red fox (Vulpes vulpes) and the Malaysian flying fox (Pteropus vampyrus), known more commonly as the large fruit bat.

This is one of the largest species of the fox family with dog foxes weighing between 4kg to 9kg, and vixens just a little lighter. Its main characteristics are its pointed ears, long body, triangular shaped head, and, of course, its bushy tail with a white tip adding contrast to its bodily colouring of auburn and greyish-white underside. They walk on their toes and unlike other canine species have partially retractable claws. During the winter months, their coats grow thicker and their colours change slightly to blend in with their environment.

Wild foxes have an average lifespan of three years living in small family groups. Their diet is mostly of small vertebrates, rabbits, reptiles, and birds. The foxes near to my home enjoy catching pheasants and wood pigeons. They eat birds’ eggs, vegetation, and, indeed, hedgehogs! They stealthily creep up on their prey, then pounce on top of the unfortunate creature and with their sharp canine teeth gripping the prey’s neck, they violently shake it until it is dead.

Most of the year the dog fox and vixen lead solitary lives but in mid-winter the dog seeks out a female. They make their den in a quiet spot – a hollow under a tree root, among rocks on exposed moorlands, in a rabbit’s warren which they enlarge or in part of a badger’s sett. In urban areas, they also make dens in railway cuttings and cemeteries. The vixen is on heat for between one and six days a year and thus, her reproductive cycle is essentially a year long. Her gestation period is about 52 days, finally producing a litter of three to six cubs, which feed off her six teats for about a month, before she takes them hunting. Within two months of their birth, they leave the den as does the dog fox.

Foxes rid themselves of fleas by grabbing a piece of sheep’s wool or a twig in their mouths then slowly back into a river, driving the fleas towards their head and onto the wool or twig which they suddenly drop into the river. They are not very clean animals and have a penetrating, nasty smell. Their pungent excrement attracts dogs, which tend to roll in it, resulting in a dog bath upon return to the house!

Foxes have adapted well to suburban environments where they scavenge dustbins and other places where food accumulates. They catch pigeons, rats, mice, and occasionally domestic cats and kittens. Their movement to urban areas is attributed to a shortage of rabbits due to the latter’s death in a massive myxomatosis outbreak in the UK in 1952. The collapse of the rabbit population created the ‘commuting fox’, which lives on the urban fringe and travels into city centres to scavenge for food.

My son, living in Bristol, has fox proofed his fences to prevent them entering his back garden at night and excreting. My daughter, living in a suburb of London, was enthralled when an urban fox recently came and sat beside her in her garden and sometimes accompanies her on walks with her own dog. Urban foxes have even been recorded sitting at pedestrian crossings waiting for the traffic lights to change to red before boldly crossing a main road.

When the ‘Shard’ skyscraper was under construction in the City of London, a fox was discovered on the 72nd floor. It had climbed up the stairs and had survived on crusts, crisps, and apple cores from the builders’ sandwich boxes! Undoubtedly, they have become very brazen animals and an urban menace, even entering houses through open doors and attacking babies in their cots and killing domestic cats.

Foxes are still hunted with packs of hounds in many countries of Western Europe but, after much debate and acrimony, a fox hunting ban became law in 2005, in the UK, after centuries of slaughter of these animals. Fox hounds still ‘meet’ annually but now must follow artificial scent trails with horse riders in hot pursuit shouting ‘Tally Ho’! Living in the countryside, my neighbour no longer keeps chicken in her back garden for she has lost so many to foxes from a nearby copse. 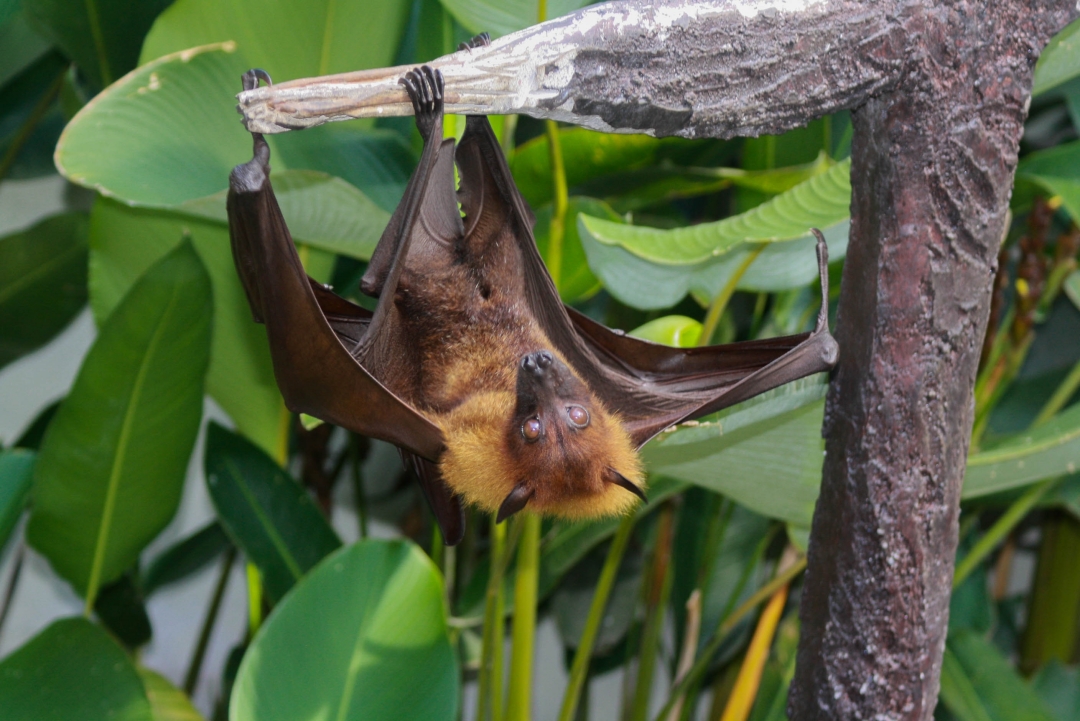 Although its scientific name is ‘vampyrus’, flying foxes are anything but bloodsuckers. – Photo from PxHere

Travelling in the Indian Ocean, I have seen these giant fruit bats in the Seychelles and on Madagascar and nearer to home along the Kinabatangan River in north east Sabah. This very large flying fox weighs between 0.7kg and 1kg and has a wing span of 1.5 metres. Its fox-like face and pointed ears and relatively large eyes which are used to good effect, for unlike other bat species, it does not possess echolocation. Its blackish body is contrasted by its reddish head and shoulders.

By day they roost noisily in large colonies, hanging by their large claws to the branches of mangrove trees and frequently fan their bodies with their wings to keep cool. As darkness approaches, thousands of these bats detach themselves from their communal roost and in long meandering chains they follow the coastline and then break away in small groups for feeding.

Don’t be misled by their scientific name ‘vampyrus’ for these bats are anything but bloodsuckers! Feeding on the nectar and pollen of preferably coconut and durian trees, they are also attracted to rambutan, fig, mango, langsat, banana, and mango trees. They prefer the pulp of the fruit and discard the rind. They help to pollinate night opening flowers of many forest trees including durian, flying for up to 50km from their roost to their favourite feeding grounds.

Female gestations are highest between November and January and they usually give birth to one offspring, carrying the newborn in the first days of its birth in her pouch and feeding it from her teats, which are located close to her armpits. The youngster is weaned after two to three months.

Threats to their continued existence

From 2002 to 2006, hunting licenses were granted in Peninsular Malaysia allowing the killing of 87,000 large flying foxes over this period (approximately 22,000 per annum). In 2009, population models revealed that such an annual loss would lead to their extinction by 2100. The large flying fox is rated as a near threatened species by the IUCN (The International Union for Conservation of Nature) with ‘bush meat’ trade accounting for most of the loss and comes within the category of restricted international trade.

In parts of Indonesia, it is still hunted and is seen as a threat to fruit farmers. These bats do, however, harbour the Nipah virus and are generally considered to be the cause of the deaths of pigs and humans in Malaysia in the outbreak of this virus in 1998.

The naturalist Alfred Russel Wallace noted, in his visit in 1859, to Batchian (modern day Bacan Island in the Indonesian Moluccas islands) that the local population ate these flying foxes which “required to be carefully prepared, as the skin has a rank and powerful odour, but they are cooked with abundance of spices and condiments, and are really very good eating something like hare.”

Personally, such a diet is not for me! We must do more to preserve this large species of flying mammal.