Sunday, January 29
You are at:Home»News»Nation»Johor polls: BN does not see multi-cornered contests as advantage, says Ahmad Zahid
For the freshest news, join The Borneo Post's Telegram Channel and The Borneo Post on Newswav. 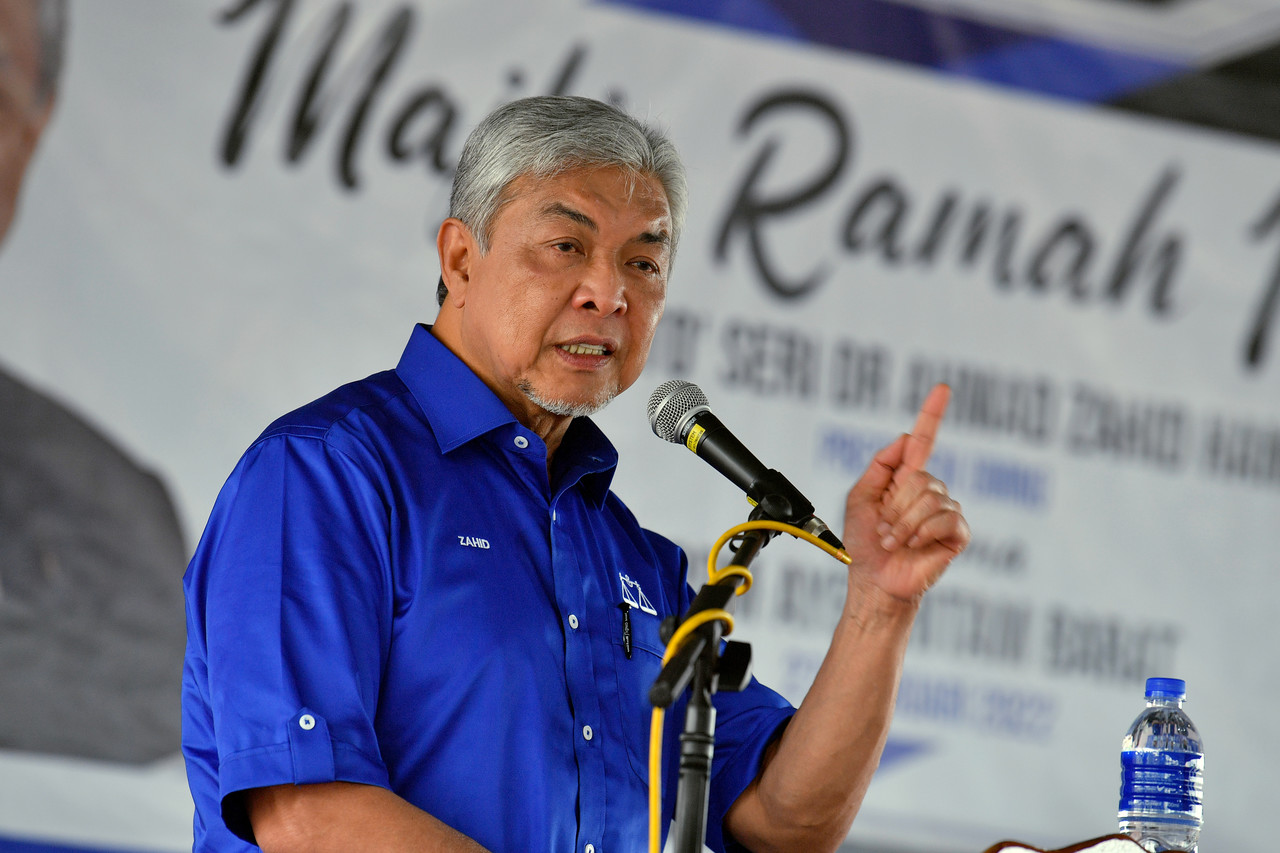 Ahmad Zahid speaks at a gathering with the people at the Ayer Hitam Barat voting district centre in Batu Pahat today. – Bernama photo

BATU PAHAT (Feb 27): Barisan Nasional (BN) does not view the situation of being involved in 35 four-cornered fights in the Johor state election as an advantage for the party to score easy wins, said BN chairman Datuk Seri Dr Ahmad Zahid Hamidi.

He said BN was confident about its own strength and not too concerned about the number of candidates vying for a seat.

“The winds of change have begun to blow in Johor, not only among the Malays … support from Indian and Chinese voters especially in urban areas has started to shift to BN candidates,” he told reporters after attending a gathering with the people at the Ayer Hitam Barat voting district centre here today.

Of the 56 seats up for grabs in the polls, two constituencies namely Kempas and Tiram see seven-cornered fights, four are six-cornered contests, eight are five-cornered, 35 are four-cornered, and seven are three-cornered.

Ahmad Zahid, who is Umno president, said the BN Manifesto to unveiled soon would give hope to the younger generation it would include an offer of second-generation homes by the state government for Felda settlers.

He said BN was offering Johor people a new deal by fielding more than 70 per cent new faces who could prove to be a game-changer for the state.

“Although they will be facing other candidates of equivalent standard in terms of age, academic qualification and new faces, BN’s record of having provided 14 Menteri Besar in Johor gives us the confidence to form the state government,” he added.

Meanwhile, Ahmad Zahid said BN would propose implementing a new minimum wage for Johor if it gets the mandate to form the state government.

This was important to protect the interests of the people especially low-income workers, he said.

Human Resource Minister Datuk Seri M. Saravanan had said the government was proposing to increase the minimum wage to RM1,500 a month by the end of this year. – Bernama