Tuesday, February 7
You are at:Home»News»Sabah»First Digital Internet of Things Sandbox in East Malaysia
For the freshest news, join The Borneo Post's Telegram Channel and The Borneo Post on Newswav. 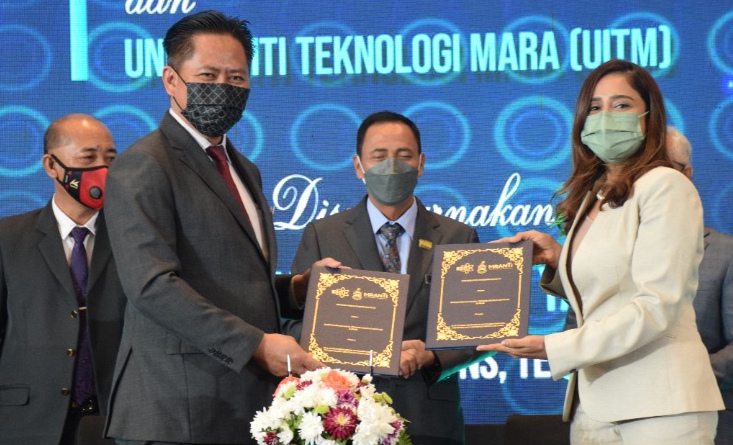 Yakub (centre) witnesses the exchange of MoU between Dzuleira (right) and Zainudin (left).

Sabah Minister of Science, Technology and Innovation Datuk Yakub Khan said the Digital IoT Sandbox was part of the flagship programmes under the Sabah Maju Jaya development plan to promote the culture of science, technology and innovation (STI) among the communities in Sabah.

He said the Digital IoT Sandbox in Sabah, which was the eighth in Malaysia, was a result of joint cooperation between KSTI, Mosti, Malaysian Research Accelerator for Technology and Innovation (MRANTI), Sabah Economic and Innovation Creative Centre (Scenic) and Sabah Net.

“Digital IoT Sandbox will become a platform for innovators and digital entrepreneurs to create products and test their feasibility,” he said at the launching of the initiative here on Tuesday.

He said the Digital IoT Sandbox would serve as a platform for innovators to create solutions or products to problems in Sabah and subsequently drive the economic growth of industries.

“This initiative will become a game changer to encourage the science, technology, innovation and economy (STIE) ecosystem and enhance the commercialization of local innovative products.”

Among the impacts that will result from the Digital IoT Sandbox within three years are 20 proof-of-concept through 50 capacity building activities involving the community, 30 per cent increase in employment in the Fourth Industrial Revolution (IR4.0) and becoming a full collaborative ecosystem to strengthen Sabah’s economy.

Meanwhile, Minister of Science, Technology and Innovation Datuk Seri Dr Adham Baba said the IoT Sandbox was expected to change the lives of Sabahans through the usage and development of technology.

“It will stimulate the development of IoT and directly contribute to the growth of innovative economy in Sabah,” he said in his speech, which was delivered by Mosti secretary-general Datuk Zainal Abidin Abu Hassan.

Dr Adham added that digitalization would benefit, among others, services, agriculture, mining and tourism sectors.

“The application of IoT in the industrial sector in Sabah is expected to contribute RM9.8 billion to the gross national income by 2025.

“IoT Sandbox will serve as an integrated centre for IoT-based solutions, equipped with support services and facilities such as feasibility test, product development and IoT services.”

He said the application of IoT was aligned with the Federal Government’s initiative to embrace IR4.0 in the main sectors nationwide.

“Through IoT, companies are able to automate their operations and directly reduce their labour cost.

“It will also decrease wastage and improve service delivery and competitiveness with lower production cost, as well as enhance transparency with customers.”

He added that the IoT Sandbox was an initiative of the National Technology and Innovation Sandbox (NTIS) under Mosti.

The event also saw the signing of memorandum of understanding (MoU) between KSTI and Universiti Teknologi MARA (UiTM) Sabah branch, as well as KSTI and MRANTI.

The cooperation between MRANTI and KSTI will focus on the commercialization support for local technology practitioners and generate new economic opportunities for people in Sabah by creating highly-skilled jobs.

Meanwhile, KSTI and UiTM will organize an international dialogue in collaboration with Asia China Education and Culture (ACEC) Association upon inking the MoU.

UiTM will also serve as an intermediary to connect KSTI with its domestic and international strategic partners to enhance the quality of STI-based programmes.