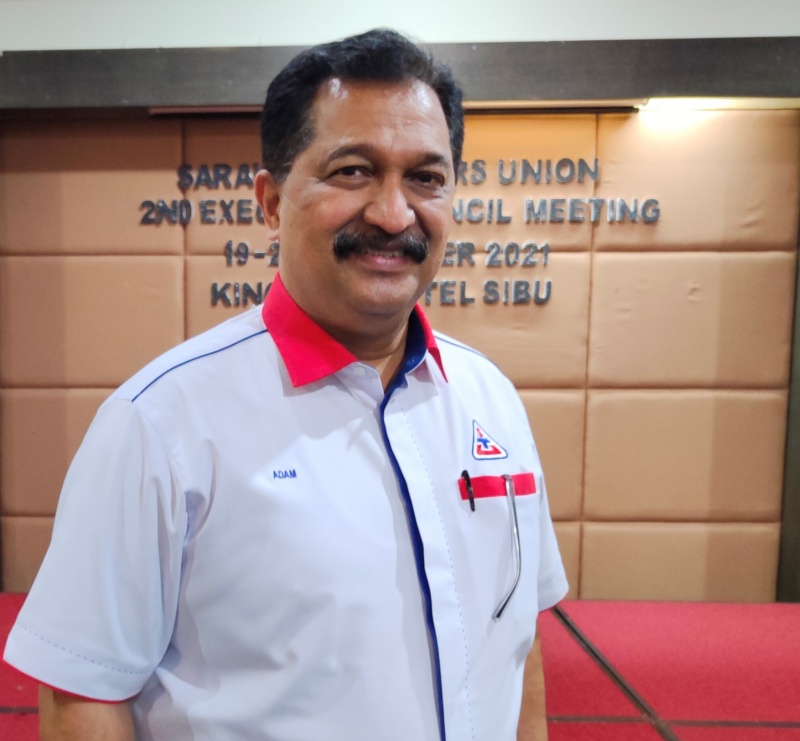 SIBU (March 2): Sarawak Teachers Union (STU) is hoping that the Education Ministry (MoE) could review the decision of requiring all Primary 6 pupils from aided Chinese primary schools (SJKCs) and Tamil schools to attain Mastery Level (TP) 4 to TP6 in their respective schools’ assessment for the Bahasa Melayu (BM) subject, to enter Form 1.

This was expressed by STU president Adam Prakash Abdullah in a statement yesterday, who also hoped that a better solution could be proposed so that it would not cause complications for the pupils from these schools to continue their studies into the secondary school level.

“We do have SJKCs in Sarawak and I hope the MoE would review this decision and come up with a better solution so that pupils would not be stopped from moving forward,” he said in responding to the question about the union’s stand regarding the MoE’s decision.

According to a MoE’s official notice sighted by a national Chinese daily recently, pupils from SJKCs and Tamil schools who attained TP1 to TP3 in the assessment would have to be further assessed in the Bahasa Melayu Assessment Literacy Test (UPLBM).

According to the notice, those who failed the UPLBM would be denied entry into Form 1, and would be referred to foundation class.

In this regard, Adam said: “I’m not sure how the response would be from the parents, but I guess the ministry has done a detailed study on this and has a very good reason behind the decision.

“However, with the pupils being in Tamil and Chinese schools and them being put ‘a tag’ over the qualification to enter Form 1, this something that I think many parents will question later on.

“As you know, going through the Covid-19 pandemic, not all pupils have access to the learning situation and facilities, which could be a disadvantage to them – and I think this is more or less like a ‘penalty’ for the pupils not making the cut to enter Form 1.

“I’m not sure whether or not this is a very good action taken by the ministry. Probably, what would be better is be to allow these pupils to just go to Form 1, but in the process, the schools (that they attend) must help them improve their Bahasa Melayu as they proceed to secondary education.”

In this regard, Adam Prakash believed there should be a specific action plan meant to upgrade the standard of BM as the national language, amongst the pupils in SJKCs and Tamil schools.

He also pointed out the importance of looking at the ‘age factor’.

“If there are students not going to Form 1, we have to look at the age factor. What if they failed to attend TP4-TP6 for another year? Are we going to stop them from entering Form 1 as well? You know, the ripple effect can be ‘very dangerous’.

“Hopefully, the ministry would review this and come up with a better decision, rather than stopping pupils from moving forward,” he stressed.

It is learnt that the UPLBM was already conducted in all SJKCs and Tamil schools on Feb 14.